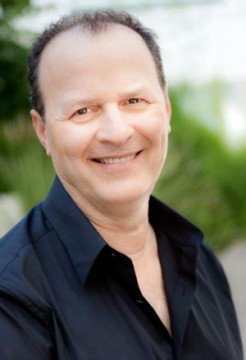 We are pleased to announce our next special guest host, the very talented and Emmy Award nominated Danny Jacob  who will join us Sunday May 6, 2012 6 PM Pacific, 9 PM Eastern time to discuss his human interest topic, The Work Ethic in the Arts, in an exciting interview about his career experience as a composer.

It has been said that successful artists, no matter what the field, be it music, art, writing or performing have two key disciplines that provide them with that success; perseverance and a work ethic.

This Sunday, composer Danny Jacob will share his Work Ethic in the Arts philosophy and his entertainment industry experience on what it means to be fulfilled and successful resulting from a commitment to excellence.

A strong work ethic can be seen in every important piece of art down through the ages, from St Peter’s Basilica in the Vatican to The Beatles “White Album”.

“Nothing in the world can take the place of persistence. Talent will not: nothing is more common than unsuccessful men with talent. Genius will not; unrewarded genius is almost a proverb. Education alone will not; the world is full of educated derelicts. Persistence and determination alone are omnipotent.”

What Is a Work Ethic?

Over the years,  the most talented people who succeed are not successful by just their talent. In fact, success is more about their work ethic. Simply being good was never good enough for any of these people. They had to be the absolute best. For them, this was never about winning or being better than anyone else, it was about being better than they had been previously. It was about developing, growing, and learning early in life to do “The Right Thing“. Being the very best they could be for themselves is The Right Thing. 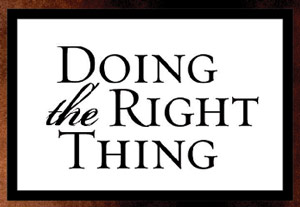 People like these know that their talents are not enough. Being talented is a great gift, but it is only part of the picture. Talent is merely a vehicle which pulls you a short part of the way across a vast terrain.

The rest of the landscape has to be crossed through effort and by will. Anyone who is prepared to take up this journey (by first acknowledging their natural talents and secondly, by utilizing them through will and effort) will always produce something of tremendous value and worth. They will, in some way, be seen and they will matter. Be driven. Have a goal in mind and do everything in your power to achieve it.

From such a perspective, it is interesting to witness how people these days approach the act of creation. There seems to be substantially less emphasis placed on having a work ethic than there was previously. And you do not have to look far to find plenty of support in the diminishing of the work ethic. Since artists are no longer expected to do much performing on their own recordings, they do not make the effort. Young artists seem to not want to apply themselves to become successful any more.

In the past 10 years, more and more, musicians, who were actually quite proficient, have insisted on “someone else finding the best segments of their performances and looping them (instead of simply playing their parts until the performances sounded as they should).

This is the expectation these artists came prepared with- their job had become more about performing half-heartedly (and then, relying on technology to improve their

performances) than it was about rising to a personal standard and exceeding that standard”, says Paul Conroy, music manager and co-owner of the company Good Fight Entertainment. They had become more concerned with how they appeared than what they did.

This mindset is prevalent with artists who are young and have meager recording experience. Many of these younger artists are unskilled (sometimes extremely poor) performers. There is no longer any importance (or necessity) placed on these younger artists improving- often, just the opposite.

Previously, a recording studio could be as valuable a resource to develop musical skills as was playing shows. There was emphasis and pressure placed on the performer to actually perform and to perform well. He learned about grace under fire. He learned about how to adapt and to evolve. He had no choice.

“The advice I like to give young artists, or really anybody who’ll listen to me, is not to wait around for inspiration. Inspiration is for amateurs; the rest of us just show up and get to work. If you wait around for the clouds to part and a bolt of lightning to strike you in the brain, you are not going 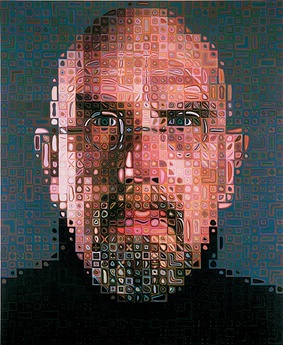 to make an awful lot of work.

All the best ideas come out of the process; they come out of the work itself. Things occur to you. If you’re sitting around trying to dream up a great art idea, you can sit there a long time before anything happens. But if you just get to work, something will occur to you and something else will occur to you and something else that you reject will push you in another direction. Inspiration is absolutely unnecessary and somehow deceptive. You feel like you need this great idea before you can get down to work, and I find that’s almost never the case.”
? Chuck Close

Paul Conroy adds, “Putting aside talent, the things that these (successful) bands do correctly that so many bands don’t do correctly is have a relentless work ethic. These bands basically would meet up at bigger VFW shows, or a festival called Hell Fest years ago where a lot of these bands would congregate, and these bands would put everything into playing shows with no concern for their own economics.

They did not work day jobs, or if they worked day jobs they were jobs that afforded them to be out canvassing. And they were also savvy enough to network with each other. It is amazing. It is really easy to network in this day and age with Twitter and Facebook and everything else, but was not so easy in 1999, 2000, 2001.

In the “Olden Days”, you literally did your networking by meeting people at shows and staying in touch over the phone. From a promotional perspective, it was all about putting out flyers. Beyond the bands, there were promoters that were relentless, and when they would put on a show they’d spend the eight weeks before the show putting out flyers wherever they could to raise awareness. It was really work ethic that it came down to, and it is that simple.”

Why is this happening? We Baby Boomers can blame ourselves. We have permitted our children to believe that just showing up is enough.  Many well meaning parents encouraged their children by rewarding them for trying. Then if it was, “too hard”, children did not need to make an effort any more. So now, the under-thirty generation is proving to be the “Entitled Generation”.  If they find work, the attitude appears to be, “I’m here, aren’t I, now pay me.”

What do we need to look for to establish that a potential employee or young assistant has the right stuff to be successful?

Integrity stretches to all aspects of a person’s job. An employee with integrity fosters trusting relationships with clients, coworkers and 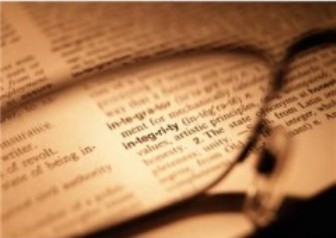 A strong sense of responsibility affects how an employee works and the amount of work she does. When the employee feels personally responsible for her job performance, she shows up on time, puts in her best effort and completes projects to the best of her ability.

Some employees do only the bare minimum, just enough to keep their job intact. Employees with a strong work ethic care about the quality of their work. They do their best to produce great work, not merely churn out what is needed. The employee’s commitment to quality improves the company’s overall quality.

It takes a certain level of commitment to finish your tasks every day. An employee with good self discipline stays focused on his goals and is determined to complete his assignments. These employees show a high level of dedication to the company, always ensuring they do their part.

Most employees have to work together to meet a company’s objectives. An employee with a high sense of teamwork helps a team meet its goals and deliver quality work. These employees respect their peers and help where they can, making collaborations go smoother. 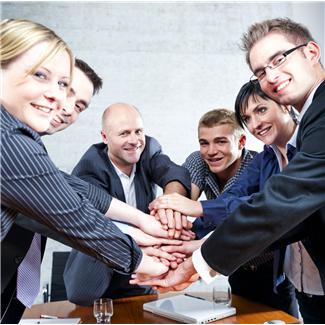 It is a new day in the workplace, but the old saying that “what goes around, comes around” has been proven true again. Now as much as ever before it is important for workers to have a good work ethic.

Without it, businesses and industries struggle as productivity falls short of what is needed. Employers especially dislike hiring people who would choose to prop up their feet rather than find something to do.

As a set of moral principles, work ethics act as an indicator of the health of a civilization. History has proven time and again that once its people get lazy, civilizations are forced to look outwards to other countries and cultures to provide the hard work no longer of interest to them.  All we need do is revisit the fall of Rome to see that history is likely to repeat itself.

Being ethical builds the image of reliability and establishes reputation with others. Most people do not take a keen interest in implementing work ethics. Most of them think that making profit is the most important thing, but as they realize later, no matter how hard they try, they do not achieve their objectives.

Thanks to Kenn for final staging and thanks Danny Jacob for the cool “Platypus Walk” song in this post! Thanks to you for stopping by WormholeRiders News Agency! We hope to see you all for our interview: Danny Jacob this Sunday 6 PM PST 9 PM EST

Comment (1) on “Are We Too Lazy To Have A Work Ethic? Danny Jacob Says You Can Have One Too!”