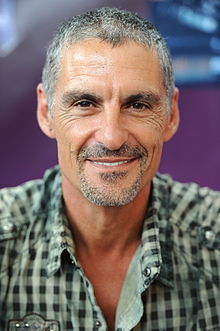 It takes a certain kind of adventurous spirit to jump from one career to another while also doing the same with the country of employment. Cliff Simon’s itinerant nature has taken him from South Africa to the United Kingdom, to France, Sweden and then to the United States to live and work.

Cliff has written a book about his adventures called, “Paris Nights – My Year At The Moulin Rouge”. The title is a bit deceptive because the book is about more than that one year. There is bonus material about his experience as a child in South Africa and his successes as a competitive swimmer. During GateCon we had the privilege to interview Cliff about his new book, which we include below for your enjoyment.

As a young adult we learn that Cliff, in his spirit of adventure, sells everything he owns, leaving Johannesburg, South Africa for Paris, the City of Lights. 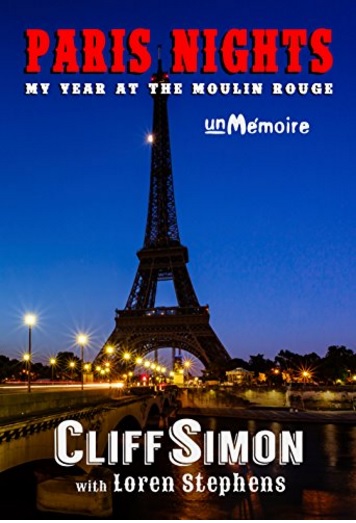 Cliff learns that his spot at the Moulin is not guaranteed, and is forced to audition. Making the grade, “he is put into can can” school before he is allowed into the company. His adrenaline is pumping from excitement and fear, both of which he has faced before during his very busy goal driven life.

The most exciting part of the book is his brush with organised crime because of his South African connections. With his acting history as the evil Ba’al of Stargate, it is very easy to see him in the role of young gangster in Paris.

Cliff has wisely chosen author Lauren Stephens to co-write his memoir with him. She has done a phenomenal job of bringing Cliff Simon’s, ‘out of the movies life’, almost into main stream.

Simon’s life is so far removed from most of us that it truly is hard to believe what shenanigans he and his fellow dancers were involved in. From regular fights to casual love affairs, Cliff has had an extraordinary life so far.

He has participated in Just Do Your Dream, a 7-step guide to help you do what you always dreamed of doing. It is now available! Get your copy on Amazon today. Also, Project Eden , co-starring Mike Dopud and Erick Avari, will premier at The Boston Sci Fi Festival Feb 17 – 19.

Paris Nights is available in hard or soft cover where-ever books are sold.

Comments (5) on “Cliff Simon Who Should Have Been Chosen As The Most Interesting Man In The World!”