Virginity: A Topic For Young Women and Men “It Is Not A Toy” – Kimberley Johnson and Ann Werner on The Virgin Diaries! 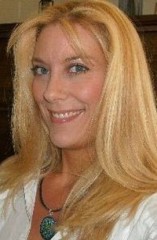 We are pleased to announce our next special guest hosts, Kimberley Johnson and Ann Werner who will join WHR Sunday June 3, 2012 6 PM Pacific, 9 PM Eastern time to discuss their human interest topic, Virginity as well as their book, “The Virgin Diaries“. As always, we will do a full post interview follow on story about these two very talented women. 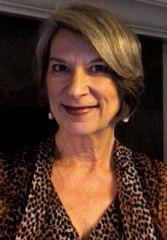 Since the west is so overwhelmingly obsessed with sex and uses sexual behaviour as a self defining accessory, it is important to understand the meaning of virginity and the significance of giving it away.

In the strictest term; you are a virgin until you’ve had sexual intercourse with the member of the opposite sex. But this definition leaves a lot of people out of the loop. While the social policy makers look to redefine marriage to include same sex partnerships, maybe it is time we also revisited what it means to be a virgin.

When we think of virgins, we think of “white wedding innocents” who define sex as a synonym for gender. But the fact is, the standard definition of virginity lets you get away with having a lot of different

kinds of sex was still being able to call yourself a virgin.

In theory, under the traditional definition of virginity, someone who is homosexual can have sex every day and still be a virgin. Someone who has oral sex regularly is also still a virgin. Does that really make sense? Something is amiss!

The whole narrow definition of virginity is in desperate need of a rewrite. Who better to do it than the first generation of new millennium teens? What does “losing your virginity” mean to you? Is it a state of mind or a specific act? Is it something that can be taken from you, or does it only count if you willingly give it away? When does “fooling around” end and “having sex” begin?

When considering “the new definition”, think about these situations and ask yourself how they fit in to the meaning of virginity.

Is someone who is raped or molested no longer a virgin?
Is actual intercourse the only act that counts when determining ones virginity?
If you willingly engage in other intimate sexual acts but do not have intercourse, is it fair to still consider yourself a virgin?
How would you define losing your virginity if you were/are homosexual or bisexual?
Is being a virgin based on your feelings, what you do, or is it a combination of both?
Is there an emotional component to losing your virginity, meaning if you have sex but don’t feel anything is different about you, does it count?
Is the current definition of virginity, and all the social stigma attached to it, biased toward girls? Is this right?
Does the current definition of virginity exclude homosexuals? Is this right?
Is virginity subjective (based on how the individual views themselves and what they do) or objective (how the situation is viewed by others on the outside)?

What is your definition of virginity?

Losing your virginity is a personal choice, and it’s your choice alone. Not even your partner can make up your mind about whether or not you are ready for sex.   Still, it is not a decision to be made lightly. To help out, here are 10 things that should be true before you have sex for the first time.  If you answer “no” to even one of these, you should hold off till you’re really ready.
You Know All the Risks
Pregnancy is the risk you might think of first, but there’s a whole slew of ugly diseases that sex puts you at risk for. Take the STD quiz and see if you know all there is to know.
You Know How to Prevent Those Risks
Pop quiz: what is the best tool for preventing STDs and pregnancy? Are you afraid to talk to your sweetie about the L-word? (You know – lube?)
You Have a Plan If You or Your Girlfriend Gets Pregnant
Even if you take every precaution, you can still get pregnant. (Condoms are only effective 85% of the time, after all.) If you are not ready to deal with having a baby or an abortion, then you are not ready for sex.
You Are  Both Legal
Check the age of consent chart to make sure that you and your partner can legally have sex in your state or province. If you can not do it legally, then maybe you should not. The law is there for a reason: to protect you and your partner from what might end up to be a bad idea, emotionally and mentally.
You Are Both Sober
Drinking impairs your judgment, making you more likely to do something you will regret the next day. If you are drunk, you are also less likely to use a condom, or to use it the right way.
You Trust Your Partner
When you are in a position where someone can have sex with you, you’re totally vulnerable. If you have any doubts about how your sweetie will treat you during sex – and the next day, and the day after that – trust your gut and get away from them now.
You Are Prepared To Discover It is Not The Romantic Moment You Expected
The first time you have sex, it might not be romantic, or fun, or even that sexy. In fact, it might be awkward and painful. Here are some more thoughts about what to expect for your first time.
You Are OK With Having Your Partner in Your Life Forever
This does not mean you are not allowed to break up. But if something happens – like a pregnancy or an STD – you might have to be in each other’s lives a lot longer than you planned.
You Are Doing It For YOU
You should only have sex if you really want to have sex. Not because your partner wants to have sex. Not because everyone at your school has already had sex. (Some of them are lying. Trust me.)
You Know That You Can Still Say “No”
You can say it any time before you have sex – even the second before it – no matter what you’ve said in the past. It’s your body, and you alone are in charge of what happens to it. 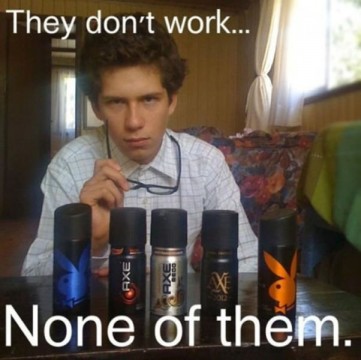 Young women often have two things going against them when they reach sexual maturity; lack of self esteem and young males who see female conquests as a badge of honour. In that environment, a young woman cannot win unless she has decided before hand that she will not have sex with anyone until marriage.

Young women can be very unsure of themselves, not knowing exactly how to deal with male sexual advances. So can young men. Since our society often keeps conversations about sex to ourselves, and then glorifies it in film and on television, we send mixed messages to our teens of both genders.

Many girls and boys have no clue about what they are getting into emotionally. All it takes for problems to surface is for boys to goad each other into adding “notches to their belts” by trying to get as many girls into bed as they can.

In such situations, there is no respect between partners. The young woman feels pressured, and if her self esteem is not what it should be, she may fear that no one will like her if she doesn’t go along with her boyfriend, who, more likely than not, is feeling the same way. It become next to impossible to avoid having sex if you believe that everyone around you; all your friends, is having or has had sex.

In fact, that is not the case. The number of teens having sex has gone down. A national survey questioning high school students (grades 9 through 12) found that fewer teens report having sex: 46 percent in 2001 compared to 54 percent in 1991 (Centers for Disease Control and Prevention), Youth Risk Behavior Surveillance Survey, 2001).

Everyone wants to fit in, and it may seem lonely if you feel everyone else is doing it. Just know that everyone isn’t having sex. 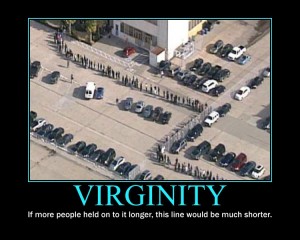 It’s fine to wait to have sex with your partner until you both feel ready for that step, or to postpone the decision until you are older. Don’t feel pressured by those around you.

Choosing to have sex when you are feeling uncomfortable or unsure about your decision is never the right choice. There are many things you can do to feel close to your partner without having sex. Some ideas for how you can show your partner you care and learn more about pleasing and being pleased are, holding hands, attending movies, going to the beach, spending time with mutual friends, volunteering together, etc. You may have many more ideas for things that make you both happy.

Being a virgin, whether you are male or female is not a bad thing, just as avoiding other things that you are not ready for is not a negative.  If you want to have sex to gain power over males (some women think this is important) then, again, you are not ready for sex. You have not gained the maturity you need to have a successful relationship.

Satoshi Kanazawa is an evolutionary psychologist.  He has stated, “among mammals, the female always has more power than the male, and humans are no exception.  It is true that, in all human societies, men largely control all the money, politics, and 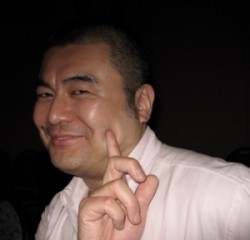 prestige.  They do, because they have to, in order to impress women.  Women don’t control these resources, because they don’t have to.  What do women control?  Men”.

Bill Maher captures the essence of female choice perfectly, when he quips:  “For a man to walk into a bar and have his choice of any woman he wants, he would have to be the ruler of the world.  For a woman to have the same power over men, she’d have to do her hair.”  In other words, any reasonably attractive young woman exercises as much power as does the (male) ruler of the world. 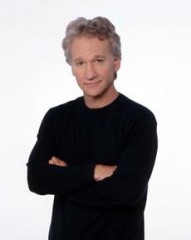 This is why men throughout history have had to conquer foreign lands, win battles and wars, compose symphonies, author books, write sonnets, paint portraits and cathedral ceilings, make scientific discoveries, play in rock bands, and write new computer software, in order to impress women so that they will agree to have sex with them.  There would be no civilization, no art, no literature, no music, no Beatles, no Microsoft, if sex and mating were a male choice.  Men have built (and destroyed) civilizations in order to impress women so that they might say yes.  Women are the reason men do everything.

With that choice comes power. And a woman has the option to either give it up, because she has low self esteem, or, she can guide her relationship with men to a positive outcome by keeping her virginity.

As Spiderman’s uncle once told him, “With great power comes great responsibility”. Young women and men, do not mess it up.

Thanks to Kenn for final staging of this news article and thanks to you for stopping by WormholeRiders News Agency! We hope to see you all for our interview with Kimberley Johnson and Ann Werner this Sunday 6 PM PST 9 PM EST!