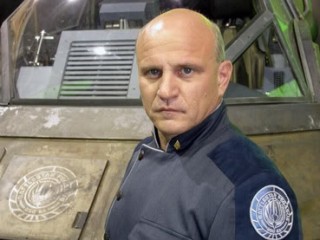 We are pleased to announce our next special guest host, Fulvio Cecere who will join WHR Sunday June17, 2012, 6 PM Pacific, 9 PM Eastern time to discuss his human interest topic, Competing for Production Dollars in the Film Industry. As always, we will do a full post interview follow on story about this talented actress.

Have you ever thought of making a movie or a television show? If you had the money, how would you make it happen?
Fortunately, it is much easier now than ever before. With digital technology, equipment is a fraction of the cost that it was even ten years ago. The barriers that existed for independent movie makers just a few years ago have all but disappeared, not only in terms of accessibility to reasonably priced production and post-production equipment, but with distribution opportunities, too.

Best of all, freshly minted movie makers do not even need to leave home to make cinema happen.

Yet, established companies continue to look for the cheapest place to make a film or a television show. What is a city to do? If they want to welcome as many film companies as possible to their streets, they offer a variety of goodies.

According to Movie Maker Magazine, “Whether through production support and assistance, tax incentives and waivers, local and experienced crew bases or all of the above, certain cities are becoming go-to locales for indie film production, offering movie makers the biggest bang for their limited bucks. With more and more movie makers opting to shoot in their own backyards, a city’s ability to offer a sustainable, creative community has never been more important to the indie industry”. 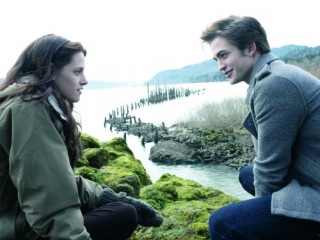 Seattle, WA offers a 30 percent cash-back film incentive to productions that shoot there in addition to sales tax exemptions on rental equipment, vehicles used in production and 30 consecutive days of lodging, as well as discounts on below-the-line costs from participating vendors.

New York, NY is considered number five on the list. The city that never sleeps created more than 141,000 jobs, both directly and indirectly related to production. Production incentives have played a major role in the momentum. New York State offers a 30 percent refundable tax credit applied against qualified expenditures, and $420 million has been allocated through 2014 for tax credits, with no per-project caps. Despite losing film and television jobs to other cities, it is holding its own.

Boston, MA offers a tax credit equal to 25 percent of in-state production costs, provided half of the film’s total expenses or production time are spent in Massachusetts, and a 100 percent sales tax exemption on any production-related items purchased in the state.

Atlanta, GA has shot more than 700 film and TV projects in the state, with producers investing nearly $7 million in the state’s economy.

Chicago, IL offers a 30 percent transferable tax credit for qualified expenses with no sunset, along with a 30 percent credit on Illinois salaries of up to $100,000 per worker (there is an additional 15 percent tax credit on total salaries of at least $1,000 paid to residents of economically disadvantaged areas)

Richmond, VA and Wichita, KS round out the top ten U.S. cities considered to be good places for film projects. 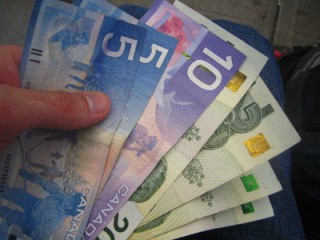 However, that does not include television shows. And the top U.S cities have heavy competition from other parts of the world such as Vancouver, Toronto, Montreal and Halifax in Canada, Hungary, China and Australia/New Zealand.
In Canada, a strong Canadian dollar and a weak U.S. dollar has removed the economic advantage for filming north of the border. However, the service industry in and around the Vancouver, B.C area that provides support for films is available for work and eager to oblige foreign films.

British Columbia accounts for about 60 per cent of all foreign location film and TV production in Canada. Film makers have been attracted by B.C.’s natural beauty since the late 19th century. Major studios were developed in Greater Vancouver in the late 1980s, and the Government of British Columbia started providing assistance to the industry in 1998. Total direct and indirect full time equivalent jobs generated by film and TV production in B.C. are estimated at over 36,000. 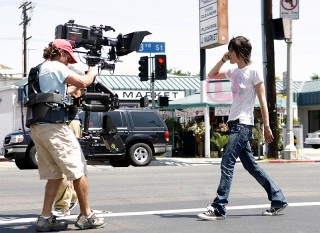 The Economic Commission of Vancouver likes to remind whoever will listen that, “Vancouver has the benefit of being near Hollywood and sharing the same time zone. It also offers a highly versatile physical setting – the New York Times once called it “’the city that can substitute for all of America’.”

Despite the sales pitch, each community looking to attract film makers needs to keep the bottom line low enough to attract productions.

Independent producer Ralph Winter could not agree more. He’s based in California, but has brought several blockbuster films to Vancouver, including three films in the X-Men franchise and two in the Fantastic Four series. Reached over the phone, one of the first things he says is that he is trying to get a Warner Brothers motion picture up to Vancouver. 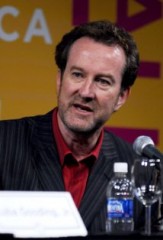 “I am a real fan of filming up in Vancouver,” Winter says. “You have good crews and it’s always a good experience.”
For the types of productions that Winter does, he appreciates the variety of locations, and especially likes Vancouver’s downtown, saying it’s a good match for New York, but not as difficult to film in as New York. The foreign tax rebates are another bonus he likes in B.C.–both on the production and post-production ends. “In this reduced economy, everyone is looking for nickels in the couch,” he says. “Everyone is looking to get the most for their dollar.”

That said, the three things that top his list when selecting a production centre are locations, crew and studios–all things he says Vancouver excels at. “It can’t just be about tax rebates,” Winter says. “Your infrastructure and crew base helps to minimize any issues with the currency.”

The bad news is that, for those already competing, China has also begun showing an interest in welcoming film companies to its shores. 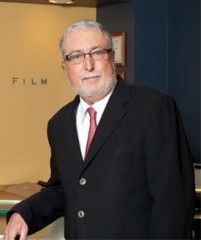 “It is the only film market that’s growing at 30 or 40 per cent a year,” Vancouver-based producer Harry Sutherland says. “This is the biggest single opportunity in the international film market anywhere in the world.”

“Canada is a great co-producing country; we built our entire industry on co-production and on being a service industry to … Hollywood. So we know how to work with people. We have to. And I think that’s what the Chinese see in us as partners,” says Sutherland, who plans to shoot his next project, The Tea Merchant’s Wife, in China next spring and has created a new company specifically to promote co-productions involving Canadian scripts and Chinese production financing”.

While the competition between cities rages on, lets hope that quality does not take a back seat where ever the movie is filmed.

Thanks to Kenn for final staging of this news article and thanks to you for stopping by WormholeRiders News Agency! We hope to see you all for our interview with Fulvio Cecere this Sunday 6 PM PST 9 PM EST!