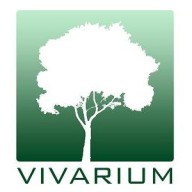 This Sunday July 29, 2012 we are honored at You Decide when we will be interviewing talented Jason Radspinner, Jonathan Ehlers and Patrick Ward-Perkins of LoneShark Studios, creators of the new environmentally themed science fiction film Vivarium now in pre-production pending funding from their Kick Starter campaign to make this wonderful film a reality. 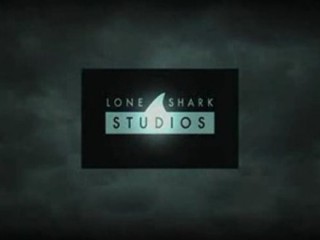 The Vivarium creators from LoneShark Studios will discuss a human interest topic dear to the hearts of many in the entertainment industry, how to “Kick Start” a web series, television pilot or even a full length motion picture using “Crowd Funding” as the medium of raising production funding!

During our interview we will also learn more about their exciting film project Vivarium! We include the promotional trailer below for your enjoyment and look forward to seeing you tomorrow evening on You Decide radio!

Raising money is never easy, no matter what goal you may have in mind. Fundraising for worthy causes such as cancer, third world hunger and natural disasters can be a challenge in itself, especially in the current global economy. So attempting to raise money for an independent film production can be almost impossible for most Indie Producers. As well, most Indie producers do not have experience with the art of fundraising. It is not simply a matter of putting your hand out and hoping people will drop money into it. Raising money is a job in itself.

To begin your long road to funding, you will have to consider the steps of incorporating your production company and creating a business plan. 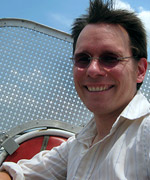 Mark Tapio, of Cassava Films came up with the following very useful list long before sites like Kickstarter and Indie Go Go made their debut:
NEVER EXPECT ANYBODY TO RAISE MONEY FOR YOU IF THEY CAN’T RAISE MONEY FOR THEMSELVES. Sad but true: everybody’s looking out for number 1. If somebody is talented enough to raise money for your film, chances are they will have already used that talent to provide a comfortable life for themselves. Anybody who promises to obtain financing for you and can’t even pay their own phone bill should not be entrusted with this task.

SAVE UP YOUR OWN MONEY. People like to say “never spend your own money on your film,” but I’ve never met an independent filmmaker who didn’t have to dip into their own bank account (and those of their families) to finish their project. Remember: if all the money is yours, you have to answer to no one. You can make whatever film you want.

LET YOUR INVESTORS GET INVOLVED ARTISTICALLY – SOMEWHAT. Most people enjoy the chance to be creative. And for some potential investors, movies are very glamorous and they would adore being a part of the process. Be open to their suggestions, but don’t sacrifice your vision just for the money: think of safe, creative ways investors can get involved artistically. Let them be extras. Give them an “executive producer” credit. Invite them to the set. Ask their opinions on things. Show that you respect them – after all, they are putting a lot of faith in you and deserve that respect. But if someone wants to invest only if you cast his girlfriend in the lead, and his girlfriend is a terrible actress, then forget it.

DON’T BE AFRAID TO HYPE YOURSELF AND YOUR FILM. The archetypal “artiste” is supposed to loathe shameless self-promotion. But nobody will notice that you’re making a movie if you don’t scream about it constantly. Get the word out. Tell everybody you know that you’re making a film and soon people will start referring to you as “that (guy/girl) who’s making a movie.” More power to you if you have something that makes you stand out. Like if you’re the only person to shoot an action movie in Antarctica, or you’re the first professional arm-wrestler to direct a romance, or whatever. 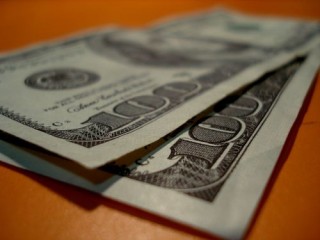 GET ALL THE MONEY BEFORE YOU START FILMING. This is where we blew it with Foreign Correspondents. Believe me, it may be frustrating to sit around for three years trying to hustle up all the cash before production, but it’s far less stressful than shooting your film and then being deeply in debt.

THE FOUR C’S OF MONEY-RAISING: CHARISMA. Some are born with it, some work hard to attain it, some just don’t have it. But you have to be confident, warm, and enthusiastic enough to inspire faith in the people you are dealing with. Make people get excited about helping you out with your project.

THE FOUR C’S OF MONEY-RAISING: CREDIBILITY. Charisma won’t go far if you aren’t realistic. Do your homework. Break down a budget. Have a schedule. Be able to show investors that you know what you are talking about and that you will spend their money wisely.
THE FOUR C’S OF MONEY-RAISING: CLOUT. A good reputation is a definite asset. For some people, “clout” is having an award-winning or financially successful film already under their belt. For others, it’s simply being known as an honest person, a hard worker or particularly talented. If you are asking your landlord to invest, it will make a major difference if you always pay your rent on time. 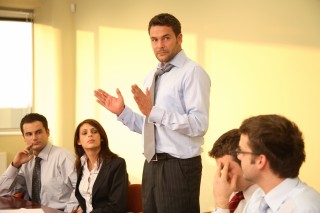 THE FOUR C’S OF MONEY-RAISING: CONNECTIONS! The big one. Goody for you if your mother is a studio executive, or if you have just pulled a generous millionaire out of a burning building. But don’t be bummed if you live in small town Botswana and don’t know any Hollywood people. Everybody can be a connection. Your movie-fanatic dentist might love to invest. Or maybe you have a friend whose cousin owns a restaurant you can shoot in, and they’ll provide free food for the crew if you include their name in the credits. It’s a small world.

Kickstarter provides advice for using its site as well. Launched in April 2009, Kickstarter’s rise to the top of the pile has been assisted by a number of high-profile projects, all attracted by its low commission rate (5 per cent) and its promise to keep its nose out of the creative process. Kickstarter, like many of its online cousins, works on an “all or nothing” system. You set a funding target: if you reach it, the money is released; if you fail, it’s returned. You encourage donors via a sliding scale of incentives, depending on their generosity; it could be a signed version of the finished product, a private concert, a trip with the artist in a hot-air balloon – the only limit is imagination. This completely transparent model (“This is what I need, this is why I need it, this is what’s in it for you”) has been crucial to Kickstarter’s success, but the bigger story is the goodwill shown to artists at a time when we’re constantly told by the music and film industries that we don’t value music and film highly enough.

Kickstarter recommends having a good video, but keep it short because people generally stop watching after 30 seconds. When it comes to amounts to request, if you are creating a DVD of a movie, it is best to ask for what a DVD would cost. “No $125 tote bags”, says Kickstarter. Keep the funding window short because a sense of urgency leads to action. Kickstarter suggests about 30 days. 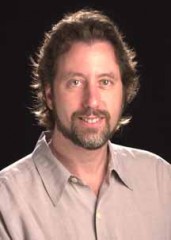 You get out of the program what you put into it. If you are not willing to dump a great deal of time and effort into your funding project, do not start. Failing to raise funds can hit you in the public image department. Success requires investing tireless effort into ongoing social marketing campaigns, and constant self-promotion, throughout the entire duration of the fundraising campaign. If you’re shy, guarded or soft-spoken by nature, you’ll have to get over these tendencies to run a successful campaign – or find someone else to serve as a project spokesperson.

Check out the competition. Look at other campaigns to get some ideas about effective methods that you might want to use for your project. Make an effort to look as professional as possible, not only in your appearance when you pitch your idea, but in all your presentation materials. Look at your pitch as a job interview. After all, getting people to finance you is creating a job that will employ you.

“If you don’t come in with a known reputation, you have to build it and present a good representation of what it is that you want to make. Be yourself. Just like traditional investors, backers are investing in people. Keep your pitch short. Tell your story concisely and avoid being overly filled with angst. Your goal is to inspire potential backers. Be clear about the scope of what it is that you’re doing and convince your audience of your belief in your ability to pull it off.” –Jordan Weisman, Shadowrun Returns

Have a plan B or C or even D. Setbacks happen more than you realize. Be prepared. Do your homework. Write a list of objectives – a plan of action, or step by step approach of what you need to accomplish and when, then stick to it. But do not be so ridged that you do not see the big picture. Are you moving forward, or are you encountering more and more difficult challenges that are not working for you?

“Be creative, go crazy, make up some wacky new perks or do something totally different [with your campaign]. The whole crowdfunding initiative is fresh – so don’t be boring. Take chances, as only positive things that can come from them. We live in an amazing age where a couple of people in a basement can create a feature film and distribute it worldwide. Don’t take that for granted.”- Brad Crawford, The Japanese Arcade Experience.

Do not forget to plan for follow-up. Whether you are successful or not in raising money for your project, you have established a relationship with your prospective funders. Do not let them down by not following through with where you are in your progress. You may need them again in the future. Be reliable. 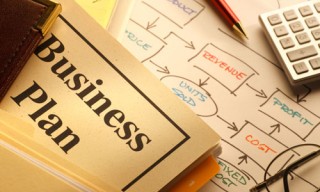 We also humbly encourage you to remember the importance of ethics. From an ethical, legal and business standpoint, honesty should be the foundation of your business plan. Many independent film proposals have been appallingly dishonest, some promising returns in the millions. Yours will be different: you’re going to promise investors that you’ll likely lose all of their money. Pay your taxes. Once you have received money for your project, you legally owe the government taxes on it. The government, no matter which country you live in, takes a dim view of dishonesty. So do most funders.

Kickstarter, like many of its online cousins, works on an “all or nothing” system. You set a funding target: if you reach it, the money is released; if you fail, it is returned. You encourage donors via a sliding scale of incentives, depending on their generosity; it could be a signed version of the finished product, a private concert, a trip with the artist in a hot-air balloon – the only limit is imagination. This completely transparent model (“This is what I need, this is why I need it, this is what’s in it for you”) has been crucial to Kickstarter’s success, but the bigger story is the goodwill shown to artists at a time when we’re constantly told by the music and film industries that we don’t value music and film highly enough.

Thanks to Kenn for final staging of the audio and images in this news article and thanks to you for stopping by WormholeRiders News Agency!

We look forward to seeing you for our exclusive interview with Vivarium’s creators this Sunday 5 PM PST 8 PM EST!