You Decide: How To Fix The Planet With Alex Zahara! 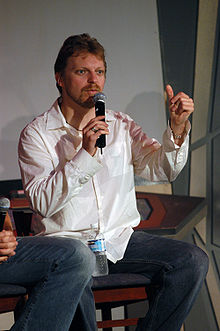 Welcome back to” You Decide”,

This Sunday March 4, 2012 at 8 PM Eastern and 5 PM Pacific time, we will continue with our new “You Decide” radio talk show featuring a wonderful guest host, the very talented actor, Mr. Alex Zahara.

Alex will address the important subject of environmentalism in general with a specific area of focus that brought the first topic to his attention on “WHR You Decide“. While on a trip to Asia, Mr. Zahara encountered the result of the world’s dependance on plastics through litter and debris on the beaches.

During our You Decide Live Radio Show guest host Alex Zahara will tell us about his experience encountering the litter washing up onto the beaches, how it affected him, and you will be able to share your experiences about environmentalism live this Sunday!

The Keystone XL Pipeline continues to be big news these days. Hundreds of people protest in Washington demanding that President Obama nix the pipeline between Alberta and Texas. People who see it as a job producer are being drowned out by people who see only environmental disaster in their future if the pipeline is built. The Keystone Pipeline dispute is the environmental problem, ‘du jour’. It is the latest fixation of the media and thus top on the mind for consumers. In the grand scheme of things, the Keystone Pipeline and the possibility of a future oil spill is a very small concern compared to the real damage we, as a species, have already done. 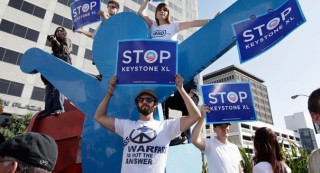 Consider that one in four mammals are threatened by extinction. That’s 25%. If you think the extinction of an animal like the beautiful Iberian Lynx is no big deal, and would not have that much of an effect on the planet, think again.

Not only would we be losing – mostly due to our own disregard for our surroundings – so much of the awe-inspiring diversity of nature, mass extinctions like this would cause a serious imbalance in the world’s food chain.

When a predator disappears, the prey will multiply. When prey dies out, the predator will see its ranks decrease as well. Many people fail to realize just how interconnected all species on this planet really are. 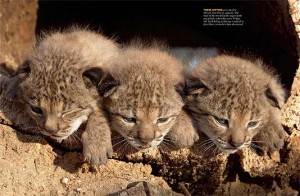 They range in size from under a square mile to 45,000 square miles, and the most infamous one of all is in the Gulf of Mexico, a product of toxic sludge that flows down the Mississippi from farms in the Midwest. These ‘hypoxic’ zones now cover an area roughly the size of Oregon.

We are so proud of our technological skills, we have found more and more efficient ways to take more and more fish out of the oceans of our planet. Millions of people across the world depend upon fish as a major staple in their diet. As such, commercial fishermen have been pulling such a huge quantity of fish from the oceans that we are heading toward a global collapse of all species currently fished – possibly as soon as the year 2048. Like large-scale mammal extinction, the collapse of fish species would have a major impact on the world’s ecosystems. 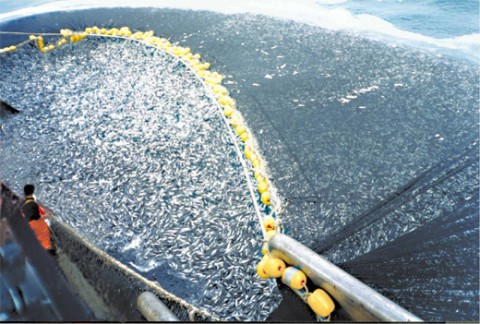 ‘Saving the rain forest’ has been at the   forefront of the environmental movement for decades, yet here we are facing huge losses in the Amazon all the same. You might have thought that, with all the attention the rain forest has gotten, it wouldn’t need so much saving anymore – but unfortunately, global warming and deforestation mean that half of the Amazon rain forest will be destroyed or severely damaged by 2030.

The World Wildlife Fund has concluded that agriculture, drought, fire, logging and livestock ranching will cause major damage to 55 percent of the Amazon rain forest in the next 22 years. Another 4 percent will see damage due to reduced rainfall, courtesy of global warming.

Polar sea ice is melting at an alarming rate, and it is not showing any signs of slowing down. It is perhaps the most dramatic, startling visual evidence of global warming, and it has got scientists rushing to figure out just how big 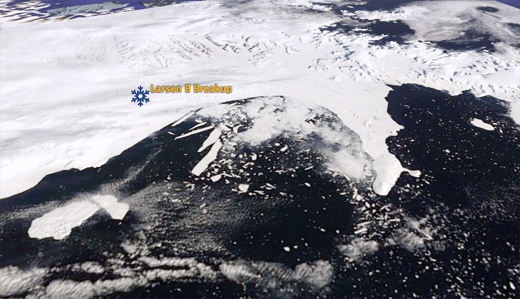 of an effect the melting is going to have on the rest of the world. British researchers have said that the thickness of sea ice in the Arctic decreased dramatically last winter for the first time since records began in the early 1990s.

The research showed a significant loss in thickness on the northern ice cap after the record loss of ice during the summer of 2007. Meanwhile, Russia, America and Canada are rushing to set up commercial shipping through the Northwest Passage. At the South Pole, the collapse of the Larsen B and Wilkins ice shelves show how fast the area is warming. 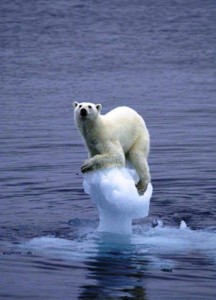 It took nearly all of human history – from the first days of man on earth until the early 1800’s – to reach a global population of 1 billion. In just 200 years, we have managed to reach 7 billion.

That means the population has grown more since 1950 than in the previous four million years. We are adding roughly 74 million people to the planet every year, a scary figure that will probably continue to increase. All of those mouths will need to be fed. All of those bodies will need clean water and a place to sleep. All of the new communities created to house those people will continue to encroach upon the natural world.

What are we doing about these problems? We are talking about them. In fact, that is all we are doing, talking. And, while we talk, more and more, we will see conflicts between countries over resources; food, water and energy sources are becoming more and more common. People have begun fighting over basic needs. 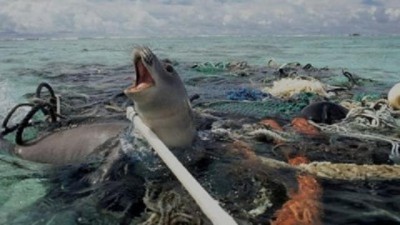 “Modern famine responds far more to market forces than to absolute physical scarcities and rarely strikes the well-off. During the great Irish potato famine of 1846-57 which killed close to 1 million people, large landowners routinely exported food to Britain as poor peasants dropped all around them. … Even in ‘classic’ twentieth-century Third World famines like that of Bengal in 1943 which killed several millions, wealthy tables remained laden. During the African famines of the 1980s one never heard of massive deaths among bureaucrats, businessmen and army officers … In the North or the South today it would take a rare combination of circumstances – utterly failed harvests plus a shutdown of trade due to war or similar calamity – to reduce the rich to malnourishment, much less starvation.”

The problem with fighting over dwindling resources is that the poor will lose. Throughout history, the poor always lose. That said, will the wealthy, i.e. the rich countries solve the problem? No. Climate change is not a problem to be solved; it is a condition arising from a vast network of constructed, natural and social systems that reflect the desires of 7 billion people for a better ?

They want food, including more meat, if they can afford it; they want clean water which takes energy to produce; they want material goods that will help them, and their children, lead full and worthwhile lives. In short, they want what the western world already has. Can we tell the developing countries that they have missed the boat when it comes to living well; even if that desire leads us down a path of devastation?

Should the wealthy give up the life we have learned to embrace so that the developing countries can have their turn at bat? Or should we ignore the have-nots while we greedily hold on to what we have created?

Progress has been made in raising awareness of the problem of climate change, destruction of wildlife, sea life and overpopulation. At the moment, that seems to be all that we have the will to achieve. While the world continues to heat up and more animal species go extinct, we will continue to talk, and talk and talk…

Thanks to Kenn for staging the video in this post for me, and thanks to you for stopping by WormholeRiders News Agency!

RSS feed for this post (comments)
Previous Post
« Josh Blacker Interview: About Animal Cruelty, Vegans, Stargate, Fringe & Elysium!
Next Post
Alex Zahara Interview: Fringe, Once Upon A Time, How Each of Us Can Help Stop Plastics Pollution and More! »
Avatars by Sterling Adventures
WormholeRiders WHR You Decide
WHR You Decide Theme designed by Team WHR