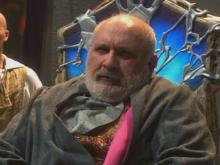 We are pleased to announce our next special guest host, Jay Brazeau, who will join WHR Sunday July 8, 2012 5 PM Pacific, 8 PM Eastern time to discuss his human interest topic, “The Importance of Laughter” in our lives.

As always, we will do a full post interview follow-up news article featuring our exclusive Jay Brazeau interview including our discussion about his long and distinguished entertainment career spanning thirty-seven years!

The Importance of Laughter:

Laughter is part of the human vocabulary. All members of the human species understand it. Unlike English, French or Spanish, we do not have to learn how to speak it. We were all born with the ability to laugh.

Given the universality of the sound, our ignorance about the purpose and meaning of laughter is remarkable. We somehow laugh at just the right times, without consciously knowing why we do it. Most people think of laughter as a simple response to comedy, or a cathartic mood-lifter. 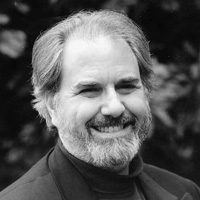 Robert Provine, Ph.D, of developmental and behavioural psychology at Maryland University, argues that, “laughter is primarily a social vocalization that binds people together. It is a hidden language that we all speak. It is not a learned group reaction but an instinctive behavior programmed by our genes”.

When we laugh, our entire facial expressions are altered and we make sounds. If the experience becomes more powerful, the muscles of the arms, legs and upper body become involved and our breathing pattern is modified. That is a lot going on for an activity we know little about.

Laughter first appears in infants at about three and a half and four months of age, long before we are able to speak. Laughing, like crying is an effective way for a baby to communicate with his or her mother and other caregivers.

According to Provine, “most laughter is not about humor; it is about relationships between people.” To prove his thesis, Provine and several graduate students headed to some local malls to record what happened just before people laughed. 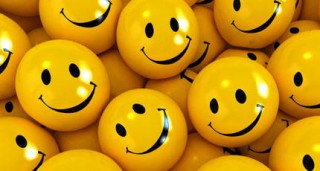 Even the most humorous of the 1,200 comments that preceded laughter weren’t necessarily howlers: “You don’t have to drink, just buy us drinks!” and “Was that before or after I took my clothes off?.”  This suggests that the critical stimulus for laughter is another person, not a joke.

We do not decide to laugh at these moments, our brains make that decision for us. It is a social glue that binds our relationships. When we laugh, we feel good. Behaviour psychologists have told us for years that positive reinforcement, or things that make us feel good, are more likely to help us repeat a behaviour. Thus, laughter is often a reward to encourage further positive social behaviour. 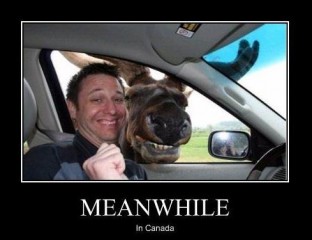 Although laughter is a positive behaviour, it can also be negative. There is a difference between laughing with someone and laughing at someone. People who laugh at others may be trying to force them to conform,  or force them out of the group.
Laughter is also extremely difficult to control consciously.

Try asking a friend to laugh, for example. Most will tell you, “I can’t laugh on command,” or some similar statement. The effort to laugh on command will be forced or futile. It will take the person many seconds to produce a laugh, if they can do it at all.

This suggests that we cannot deliberately activate the brain’s mechanisms for affective expression. Playfulness, being in a group, and positive emotional tone mark the social settings of most laughs.

Linguist Deborah Tannen described gender difference in speech in her book, “You Just Don’t Understand”. The gender differences in laughter may be even greater. In Provines case studies, he discovered that while both sexes laugh a lot, females laugh more. 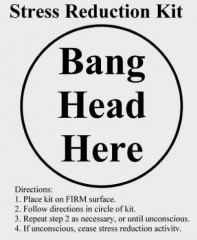 In cross-gender conversations, females laughed 126% more than males do, meaning that women tend to do the most laughing while males do the most laugh getting. Men seem to be the instigators of humour across cultures, which begins in early childhood. Most class clowns in school are male. There are also more male comedians than female comedians.

When a group of behavioural psychology students studied personal ads in newspapers throughout the United States, they found that women seek men who make them laugh, and men are eager to comply with this request.

When anthropologist, Karl Grammar and Irenaus Eibl-Eibesfeldt studied spontaneous conversations between mixed-sex pairs of young German adults meeting for the first time, they noted that the more a woman laughed aloud during these encounters, the greater her self-reported interest in the man she was talking to. In the same vein, men were more interested in women who laughed heartily in their presence.

The personal ads and the German study complement an observation from Provine’s field studies: The laughter of the female, not the male, is the critical index of a healthy relationship. Guys can laugh or not, but what matters is that women get their yuks in.

Laughter is self-effacing behavior. Women have used it as an unconscious vocal display of compliance or solidarity with a more socially dominant group member for centuries.

However, the workplace giggles of a young female executive will probably diminish as she ascends the corporate ladder, but she will remain a barrel of laughs when cavorting with old chums. Consider your own workplace. Have you ever encountered a strong leader with a giggle? Someone who laughs a lot, and unconditionally, may be a good team player, but they’ll seldom be a president.

In general, men are more likely to use aggressive and self-defeating humor, and the effects of men’s humor styles seem to have practical consequences. In general, it’s more difficult for women to pull off a comedy routine, whether they are popular entertainers or just ordinary folk. One interesting study of teaching style in college professors showed that students rated male, but not female, professors as more effective when they used humor in the classroom.

Not all laughs are the same. We all recognize a laugh when we hear it, but some are chortles, some chuckles, some guffaws and some snorts. Jo-Anne Bachorowski, PhD, a psychology professor at Vanderbilt University, has begun to expand on Provine’s work by teasing out the differences between varieties of laughs and what those differences might mean. 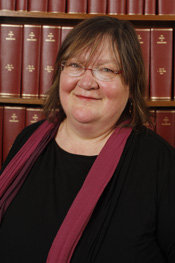 In a 2001 study published in Psychological Science (Vol. 12, No. 3, pages 252-257) she and her colleagues asked college students to rate 50 taped examples of male and female laughter. The examples ranged from “voiced” laughter with an almost song-like “hahaha” or “hehehe,” to “unvoiced” laughter that sounded more like a snort.

The researchers found that both male and female listeners responded much more positively to the voiced laughter than to the unvoiced laughter: They enjoyed listening to it more, said it sounded friendlier and were more likely to express interest in meeting the laughter.

These positive reactions, Bachorowski says, hint at the evolutionary purpose of laughter. We use laughter, she states, to elicit positive reactions from other people and to communicate to them that we mean them no harm. “Humans rely on cooperative behavior with non-kin to an extent that isn’t seen in other species,” she says. “But humans are also inherently competitive. So the idea is that we had to evolve some means that let others know we feel positively towards them.” Laughter, she says, is that means. But not just any laughter.

She and her colleagues believe that voiced laughter is a much more reliable indicator of a person’s positive mood than unvoiced laughter. In other words, a person laughing “hahaha” probably really is happy and nonaggressive. A snorter, though, you just can’t be sure about. A snort can sound derisive or be seen as a clue that the person may intend you harm. 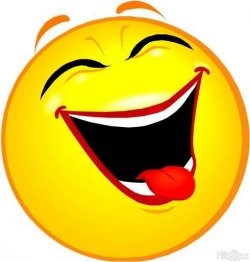 Finally, the dependency on cultural context can help explain why jokes seldom translate well from culture to culture. The more the joke relies on a frame of reference steeped in the uniqueness of a culture, the less likely it will be to successfully cross borders. In 2002 a study was done to find the funniest joke in the world. The winner was:
“A couple of New Jersey hunters are out in the woods when one of them falls to the ground. He doesn’t seem to be breathing, his eyes are rolled back in his head. The other guy whips out his cell phone and calls the emergency services. He gasps to the operator: “My friend is dead! What can I do?” The operator, in a calm, soothing voice, says: “Just take it easy. I can help. First, let’s make sure he’s dead.” There is a silence, then a shot is heard. The guy’s voice comes back on the line. He says: “Okay, now what?”

The classic elements of humor are all here. The initial situation, the set up, the twist and the sudden understanding of the twist, resulting in, apparently, universal laughter. Notice that the context is so broad and independent of a cultural context that anyone, anywhere, should “get it”. There is nothing culturally specific about this joke. But now let’s look at what the winner in the US was: “A man and a friend are playing golf one day at their local golf course. One of the guys is about to chip onto the green when he sees a long funeral procession on the road next to the course. He stops in mid-swing, takes off his golf cap, closes his eyes, and bows down in prayer. His friend says: “Wow, that is the most thoughtful and touching thing I have ever seen. You truly are a kind man.” The man then replies: “Yeah, well we were married 35 years.”

The humor in this joke depends on understanding how fanatical some males are about golf, a context familiar in the US, not as familiar in Sri Lanka or Zimbabwe.

“I pointed to two old drunks sitting across the bar from us and told my friend, “That’s us in 10 years”. He said, “That’s a mirror, dummy!” — Jay Brazeau

So laughter, or more specifically, humor is not a one size fits all coping mechanism, and it seems to vary not only by culture but by gender. It’s safe to say that regardless of your gender, your best bet is to use humor to cheer yourself up. Give yourself some inner chuckles. Your wisecracking approach  will mean that you’ll be less likely to get into trouble and more likely to cope successfully on those days that life throws some stress your way.

Thanks to Kenn for final staging of the audio and images in this news article and thanks to you for stopping by WormholeRiders News Agency! We look forward to seeing you for our exclusive interview with Jay Brazeau this Sunday 5 PM PST 8 PM EST!

Comments (4) on “What Makes Us Laugh, With Famed Character Actor Jay Brazeau!”