No Place For Hate: Neither Here, There or Anywhere – So Say We All! 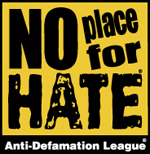 As will be mentioned in his opening and upcoming news post, Kenn, will announce a news relationship with a major television and movie celebrities, here at “You Decide” we will investigate, discuss and present real life issues objectively and fairly for you to contemplate and ultimately make decisions on.

In Psychology Today, a well read magazine for people who are interested in psychology, it is stated, “Considerable attention has been paid to bullying of late, especially regarding children.

One of the things that we tend to overlook, however, is that those playground bullies grow up and, as people are nothing if not consistent”. 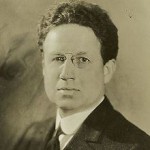 They tend not to change a whole lot. The boys who picked on the kid with a disability who lives down the street, and the mean girls who did not invite the plain girl to the party grow up to be just as bossy, condescending, arrogant – and just as frightened as they were as children.

“Hating people is like burning down your own house to get rid of a rat.”
– Harry Emerson Fosdick

In general, our western culture trades in fear. We can thank television advertising and ratings hungry news shows for this particular form of mental manipulation. Advertisers and network news shows have learned over the past several decades that manipulating our insecurities will result in more sales and higher ratings. 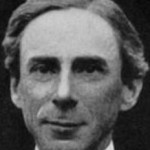 These two examples are part of thousands of forms of manipulation that we confront every day; things that are meant to rattle our cage. Did you get your flu shot yet? We quickly learn how to sow the seeds of fear to gain some illusory sense of control in the face of someone else’s fear and feeling out of control.

“Collective fear stimulates herd instinct, and tends to produce ferocity toward those who are not regarded as members of the herd.”
– Bertrand Russell

What is the very first reaction common to human beings when they feel out of control? They seek to regain that feeling of control. People who feel 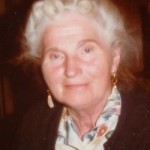 a need to bully others often feel that their lives are out of control. The insecurity and fear that comes with this feeling of lack of control creates an emotional tension that the individual needs to resolve, and is often resolved by bullying behavior.

These individuals have not learned to resolve their conflicted feelings any other way. And the last gasp of anyone with a limited skill set – social, emotional, physical, or otherwise — is to lash out.

“Contempt is the weapon of the weak and a defense against one’s own despised and unwanted feelings.”
– Alice Miller

According to Dr. Jack Schafer, Ph.D, author of “Let Their Words Do the Talking”, insecurity is at the root of aggression, self loathing and hate. Schafer says, “Hate masks personal insecurities. Hate elevates the hater above the hated.” How telling is this? What is it about our culture and ourselves that creates the need to win at all costs?

In addition, the need to win at all costs creates more problems. For example, the need to be right, and to refuse to accept an outcome that is not in our control. For our purposes, we can look at people who hate. Hate masks personal insecurity. People who hate rarely hate alone. After all, there is safety and support in numbers. 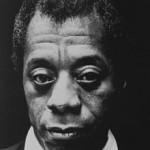 As with bullies who often seem stronger when their friends are nearby, haters feel validated, their sense of self worth increases because they now feel empowered. If the person who hates has not already established a peer group of like-minded supporters, they will begin to recruit a group, choosing people they feel that either think like them or people they feel they can manipulate.

“I imagine one of the reasons people cling to their hates so stubbornly is because they sense, once hate is gone, they will be forced to deal with pain.”
– James Baldwin 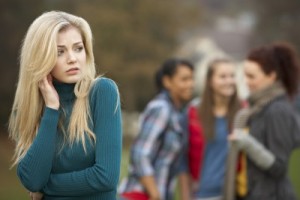 Once the group is established, the next step is to debase the target. By verbally disparaging the object of their hate, haters enhance their self image. These individuals snipe at the target of their anger then immediately return their attention to the group and congratulate each other on the success of their taunts to further enhance their feelings of self worth.

They are often terrified, says Mary C. Lamia, Ph. D, that their feelings of shame and failure will be exposed. “Since shame makes you feel undesirable or inferior, targeting others takes attention away from parts of themselves about which they are ashamed.”

There are haters who hate alone, but they are in the minority. Often, individuals who cross the line into criminal behavior have started out as haters who have taken their feelings and actions too far.

An example is what happened in June, 2009, Denise Moyer of Wells, Vermont, was arrested for third degree assault after police confirmed she had spiked a co-worker’s drink with eye drops a few days before the woman became ill and died. 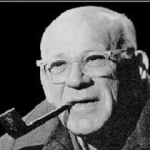 Marceline Jones of Comstock died of what were then presumed to be natural causes. What tripped up the attacker Denise Moyer? She bragged about her deed to her other co-workers. In other words, she returned her attention to the group to validate her feeling of empowerment.

“Passionate hatreds can give meaning and purpose to an empty life. These people haunted by the purposelessness of their lives try to find a new content not only by dedicating themselves to a holy cause but also by nursing a fanatical grievance. A mass movement offers them unlimited opportunities for battle.”
– Eric Hoffer

By now you must be wondering, why this particular subject? What does this article have to do with science fiction? I wrote a bit about this subject in an earlier article, “As The Wormhole Turns: Fan Loyalty and Rebellion in a Cyber-World”. Fans of certain shows, especially science fiction fans tend to be a very passionate lot. They get quite invested in the characters on a series, so when it gets cancelled, or not renewed, the fans can get quite upset.

Curt Sutterfield, a broadcast and cinematic arts faculty member at Central Michigan University, said he cares about certain characters from his favorite shows because he can identify with them.

Sutterfield said he has built a relationship with every character he has ever watched, which is the driving force of any show. And that is what Producers want; they want us to care about a show’s characters so that we will come back every week. It is important that fans become loyal viewers. For that to happen, writers need to help the viewers to establish relationships with the characters in the show.

Jeffrey Weinstock, professor of English, also at Central Michigan University, said that the most intense relationships between viewers and characters are created by genre programs such as science fiction, fantasy or horror. “People talk about these programs online and they feel like they were made for them,” he said. “I was sad to see Twin Peaks go. I still feel like I have a relationship with the characters.” 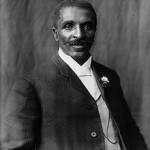 Good writers become victims of their own success. We fall in love with the characters that writers have created, feeling joy and sorrow with them as they go through whatever challenge is written in the script. So, the very thing that keeps us hooked on a show becomes a problem for the networks when they pull the plug.

“Fear of something is at the root of hate for others, and hate within will eventually destroy the hater. .”
– George Washington Carver

Effects Observed in Real Life on the Internet:

Because we can take our favorite show far too seriously, some people have gotten a little “off the rails” when the show is not renewed. We are all aware of the “Save Our Show” campaigns that pop up from time to time on the internet. These campaigns are not new. One of the most well known campaigns was the Save Chuck campaign. 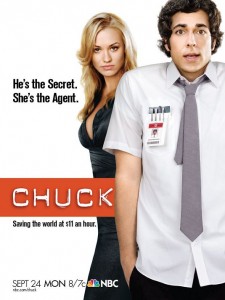 One of the authors of the successful attempt, Tim Surette of TV Dot Com stated, “As you probably know, NBC’s Chuck is in danger of not returning next season. But there is a chance that we could see more spy antics from Chuck Bartowski in a third season… if the show’s fans band together and get a good old-fashioned grassroots campaign going.

That is exactly what went on over at ChuckTV.net, a fan site devoted to all things Chuck. The site is taking on the Herculean–yet admirable–task of organizing fans in a unified save-the-show campaign, based around the simple concept of watch the show, buy the DVDs or episodes, share the joy of Chuck, and write to NBC executives.”

To entice viewers to greater participation, Chuck Swag was offered as reward for loyal and active participants. What made them successful was not just the free loot, but the fact that they were positive and polite about their request for NBC executives to reconsider their decision.

It does not matter how many allies you may have, acting rudely and calling people names will never encourage people in power to give you what you want.  There is an old saying that states, “You can catch more flies with honey than with vinegar”. 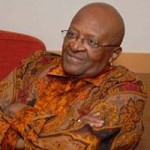 Since bullying others has never been a very effective means at persuasion, it would seem that those who use that approach to get what they want should consider Bishop Desmond Tutu’s words about hate:

South African Archbishop Desmond Tutu walked by a construction site on a temporary sidewalk the width of one person. A white man appeared at the other end, recognized Tutu, and said, “I do not make way for gorillas.” At which Tutu stepped aside, made a deep sweeping gesture, and said, “Ah, yes, but I do.”

We all get offended by the actions of others when those actions disagree with our world view – our belief in what is right and wrong.

The difference between individuals who have matured and grown as individuals, and those who have not, is in the way they deal with the insult. Just because you become an adult in chronological age it does not mean you are finished maturing. Some people take longer than others, and some never get there at all.

That is why it is important to adopt the concept that, “we can agree to disagree”. And as a benchmark of maturity, it is important to realize that, “I’m okay, you are okay.” Value the person you are speaking with as much as you value yourself and you will find you will have a better life.

In closing for now, I would like to thank WHR for the opportunity to be a  host! I look forward to conversing with you on the “You Decide” radio program series in the future where wonderful interviews and thoughtful discussion will occur..

And I thank you for for reading and stopping by WormholeRiders News Agency where “You Decide”!

You can visit and follow me on Twitter by clicking on my avatar to the right and we can tweet together about “No Place For Hate”. 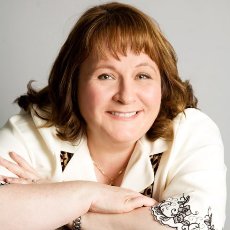 RSS feed for this post (comments)
Previous Post
« No Place For Hate: Chicken McNuggets, Seeing Red and Other “Foul” Activities!
Next Post
Behavioral Alternatives or How To “Get Along” in Life! »
Avatars by Sterling Adventures
WormholeRiders WHR You Decide
WHR You Decide Theme designed by Team WHR