Our correspondence from the Dallas ComicCon is vast and has taken some organizing!

Without going into great detail about Fonts, Graphics, Staging, up-loading and down-loading and what we actually do to get this entertainment to you, Dallas ComicCon 2013 was a big convention for us in 2013, when Kenn arranged for WHR to be graciously granted press accreditation status by the event organizers!

Perhaps most fun of all, my daughter, Sheldon was my partner in crime during this Dallas ComicCon 2013 mission as the official WHR Sherpa! 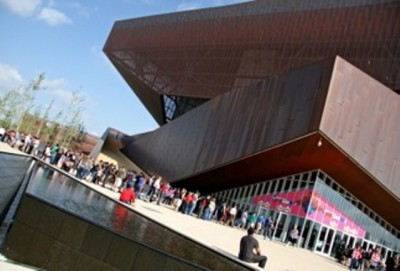 Sheldon took many of the pictures, setup cameras for videos and helped in all aspects of this being a successful journey for us both!

Much fun was had by all thanks to the massive effort of the Dallas ComicCon Staff, their tireless patience and superb organization!

We understand that over 200,000 loyal fans of science fiction, comics and gaming showed up at the Irving Convention Center for the weekend of May 17-19th ! Congratulations to all who made this a weekend to remember and for my Sherpa and myself, memories that we will carry for a lifetime!

So without anymore waiting – First Up we present Mr. Colin Ferguson! 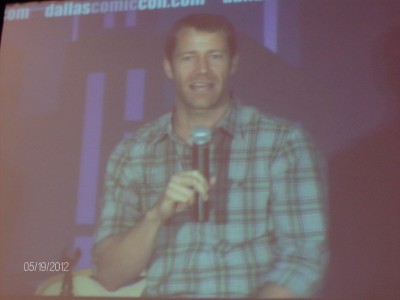 Colin Ferguson was born raised and grew up in Montreal, Canada in the early part of his life, Hong Kong, England and Connecticut.

Colin has multiple citizen ships in many countries including Canadian, British and most recently American citizenship in the United States.

Colin was a founding member of the famed comedy club  Second City based in Detroit, Michigan! He is also a member of Montreal comedic group On The Spot!

Colin began doing stand-up comedy in local clubs while still attending College at McGill University in Montreal, Canada. From there he began an enduring career in movies and television, where of course he is best known as Sheriff Carter in Eureka! 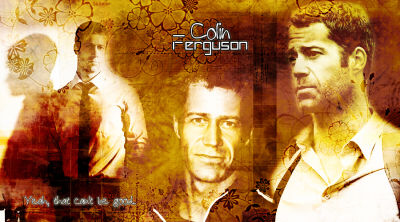 Colin has been acting since 1995 and has had many supporting roles in many top television shows and movies; such as Malcolm in the Middle and Crossing Jordan and The Outer Limits and CSI Miami!

He was featured in the Syfy movie Lake Placid 3 as well as the Directors Chair in the movie Triassic Attack! He co-starred with Diane Keaton and Mandy Moore in ‘Because I Said So’, and in 2013 a yet to be released movie called FANomenon that at this moment is in Post-Production, which we cannot wait to see!

While not pursuing acting or directing roles in his chosen career, Colin Ferguson does not really take much time off. In 2012 he traveled to Haiti with his friend Misha Collins to help with the rebuilding and reconstruction effort going on there.

In 2010 Haiti was in the midst of a massive earthquake that left that area in ruins and the local population in turmoil! While there he helped with the rebuilding of a school and thereby helped the locals regain some sort of normalcy to their lives! Colin supports charities such as ‘Hope for Haiti’ and ‘CrowdRise’ hosted by the Random Act when we interviewed him on WHR You Decide after his return to help that devastated country. 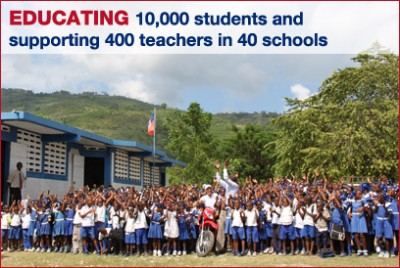 In June of 2012 Colin has just returned from this journey when we at WormholeRiders interviewed him on our #WHRYouDecide Radio Show we wanted to learn more about the relief efforts and his experiences while in Haiti, for more information about WHR You Decide please visit our official website. We include the interview below for your enjoyment! 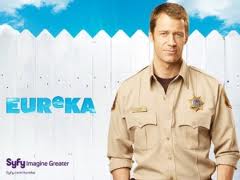 Colin Ferguson is perhaps best known for his role in Eureka playing Sheriff Jack Carter! His much loved character became a weekly staple for many who love the show still via DVD sells and Netflix!

Sheriff Carter kept us all on the safe and narrow as much as possible while dealing with the bad-guys and girls trying to bring down Global Dynamics!

His down to earth approach and common sense among all the chaos and confusion that occurred in Eureka kept us in touch with his goal, of keeping the town, and us, on the protected side of the road! He directed Episode 4-5 of Eureka Final Season 6! 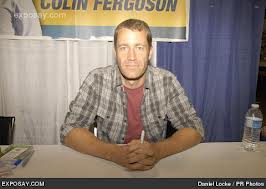 When Colin Ferguson hit the Grand Ballroom Main Stage at Dallas Comic Con you immediately noticed his energy and antics exploding from his very being!

There was a section of VIP Reserved seats, many, many rows directly in front of the Main Stage, the first thing Colin did was ask why everyone was sitting to the sides? There were a few people in those guarded VIP seats, but not nearly enough to fill the center area.

He then directed, after getting the nod from the Convention Staff, everyone to move to the Center area so he could see them better!

During Colin’s Panel, he did not sit at the Panel table provided by the Convention, he chooses to sit on the front of the table and be closer to the audience! So much enthusiasm from one person! He answered all asked questions openly and honestly.

We discovered that in most scenes of Eureka, Colin performed quite a few of his own stunts! Even to the extent of broken collar bones, sprained ankles, and many bumps and bruises! 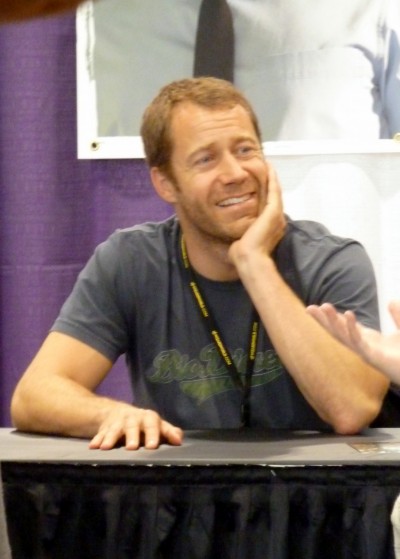 One of the questions he was asked was if there was a Eureka movie does he think that all or most of the actors would return for that? He answered a unanimous YES! We are all hoping for a Eureka movie in our near future!

This was our final panel on Sunday at Dallas ComicCon but one of the most enjoyable! Colin Ferguson is a true gentleman and truly loves his fans! His generosity and kindness comes across visibly while he takes the time to answer directly each and every question posed by his fans!

Something not mentioned during Colin’s panel at Dallas ComicCon was his recently announced new role in the Syfy Original Series “Haven’, we at WormholeRiders cannot wait to see where this takes him and how his character will enhance the town of ‘Haven’!

We wish him the best of luck and look forward to many years of covering his career and travels! 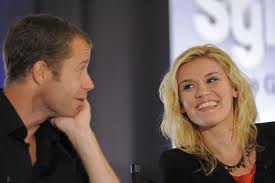 Please feel free to leave a comment here or if you prefer, click the social media icons below to share this news article. Or as many of our readers and visitors often do, visit WHR on Twitter, WHR on Facebook or visit and chat with me on Twitter by clicking the text links or images avatars in this news story.

Fri Jun 14 , 2013
Welcome to a special edition of WHR You Decide! On Sunday June 16, 2013 at 3:30pm PDT, 6:30pm EDT, we will have the honor of chatting with FidgetTBC (Karina) and MaulTBC (Tom) subsequent to their fantastic four day adventure at the outstanding Origins Game Fair 2013! Tom and Karina, having […] 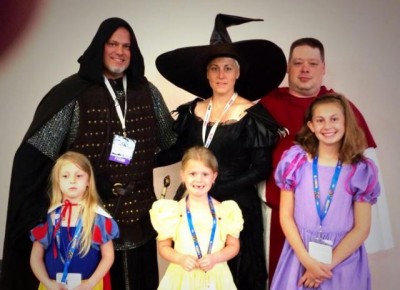