Hello from the city that NEVER sleeps, NEW YORK CITY!!!

Returning for its 7th year is ReedPOP’s New York Comic Con (NYCC)! Held, since its inception in 2006 at the Jacob K. Javits Convention Center, located on the west side of Manhattan, New York, NYCC has seen EXPONENTIAL growth.

Attendance numbers are in, and this year’s New York Comic Con saw 116,000 fans wander through the convention center ogling, pawing, and drooling over all things comics!

New York Comic Con, what can I say?!? What an experience!! We started our trek to the city round about 8:30am, catching the NY Waterway ferry (RideTheFerry) from Weehawken. From there it was just a quick walk across the street from their Midtown Manhattan ferry terminal to the Jacob K. Javits Convention Center. 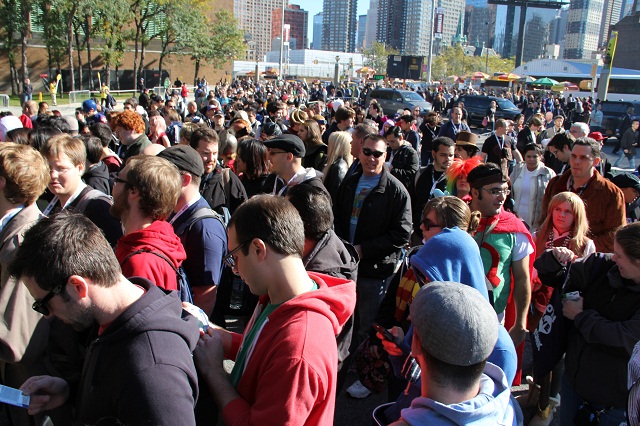 Upon arrival, the crowd was already impressive – at 10am!!  Doors just opening! There were panels running from 8am, mostly autograph ticket giveaways.  The autograph sessions began at 10am, with the first real panel of the day being Syfy’s Haven panel beginning at 10:30am.

Once inside and “settled” (as settled as one could be in a sea of flesh), I sought out a friend (Kristin), and following her suggestion, we took in Artist Alley before the crowds could overtake the aisles, thus being able to take in the displayed art and chat with the talent(s) themselves. 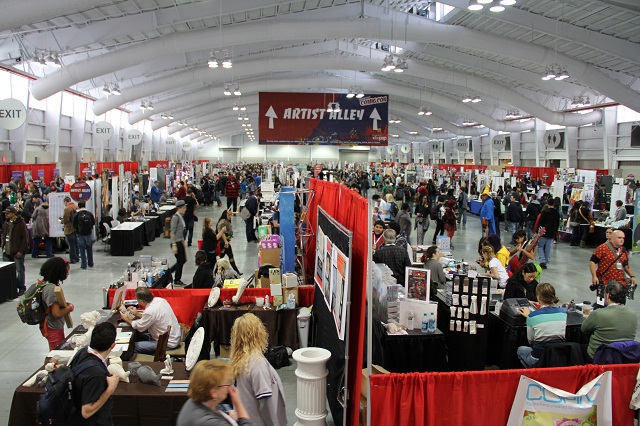 It really is amazing, the amount of talented individuals, as well as the SHEER talent present in Artist Alley!  And the best part about Artist Alley is the approachability of the artists – their want is to share their talents with you, the admirer, the customer.  And to that end, many of the artists did consignment work too – if you can imagine it, they can create it!

From Artist Alley we ventured onto the show floor, to take in all the sights and sounds and smells of this mega-con.  And there was A LOT to take in.  Vendors from every which corner of the comic industry, be it your “Mom & Pop” shop with their vintage comics to sell, to the giants of Marvel Comics, DC Comics, and even Lego. 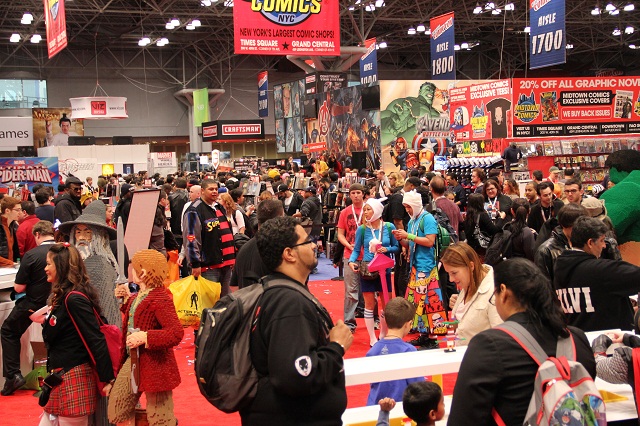 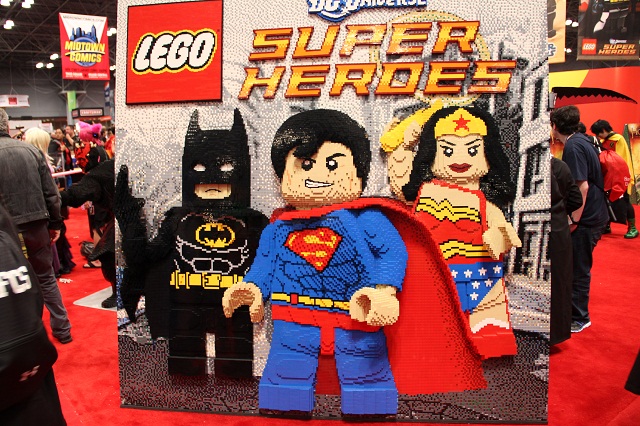 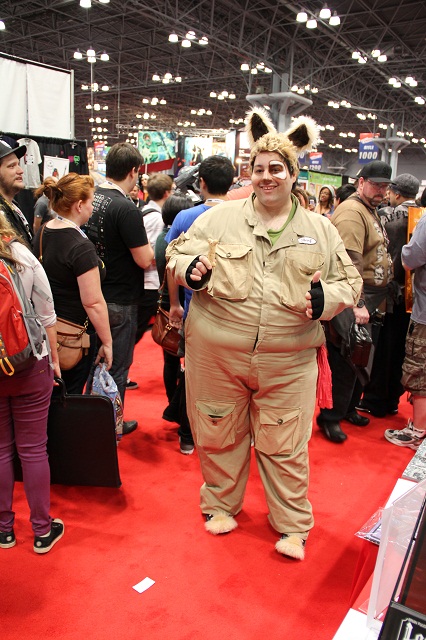 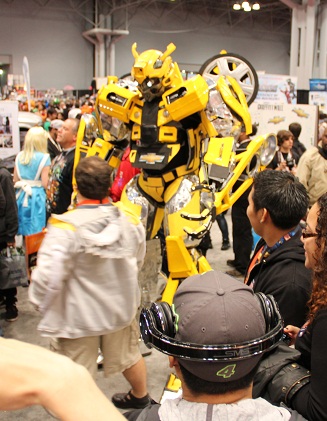 …we even caught a very vague glimpse of Stan Lee amongst the throngs of fans trying their best to glimpse the master as he was signing – it is after all “Spiderman’s” 50th birthday this year!! 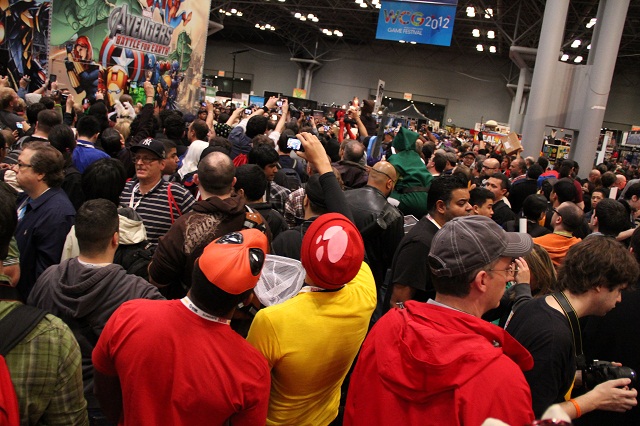 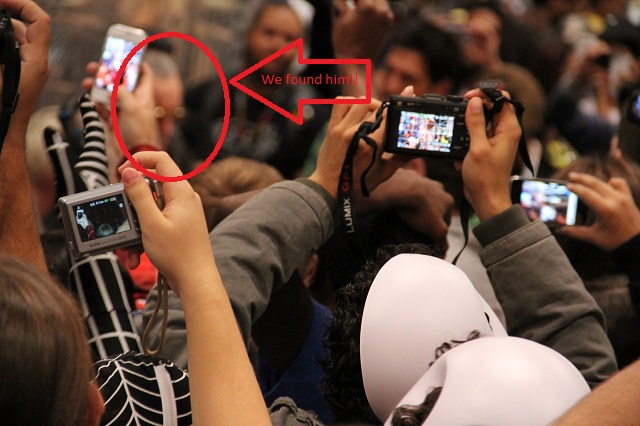 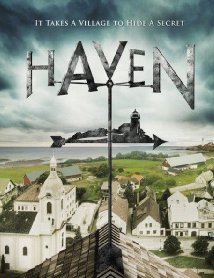 Admirers who have faithfully followed this hit science fiction series love the nature of the program, a supernatural crime drama based on “The Colorado Kid” by acclaimed author Stephen King. Haven is now in a third season and we hear at Team WHR will have a super surprise coming in the very near future!

I can share that Haven fans were delighted to see these talented actors on stage, so we include several NYCC Haven videos and interview below for your enjoyment!

Also on the show floor was the “Insight Editions” booth, where we caught up with authors Tara Bennett  and Paul Terry  who are putting the final touches on “September’s Notebook” – a book from the world of the hit science fiction drama series “Fringe” now in it’s fifth and final television season on FOX Broadcasting. 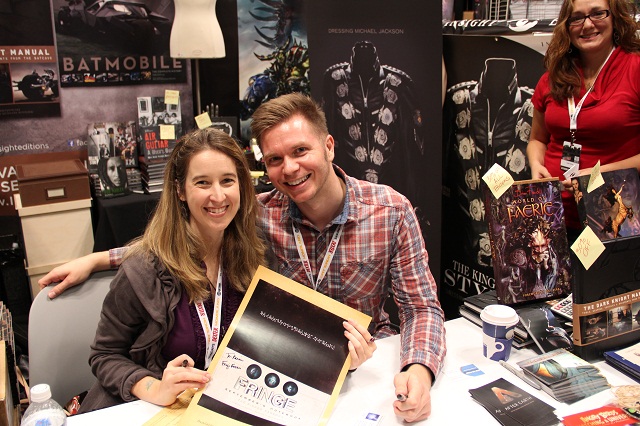 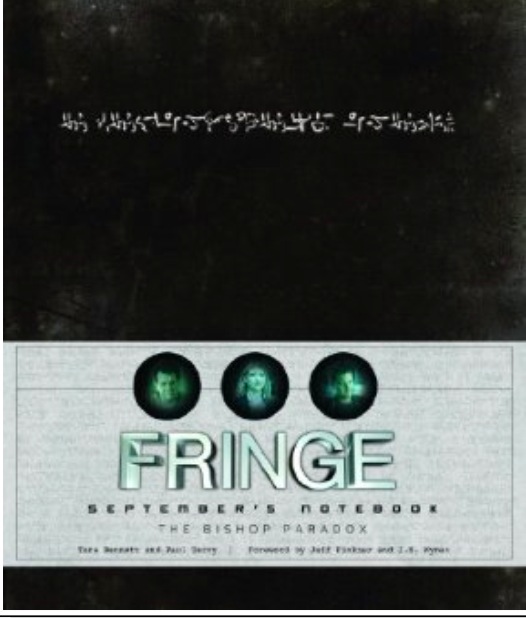 “September’s Notebook” chronicles the intricacies among its major characters; it showcases the transcriptions of the beloved Observer “September”(played by the talented Michael Cerveris)!

September’s notes on “Peter Bishop” (Joshua Jackson) & “Olivia Dunham” (Anna Torv), and “Walter Bishop” (John Noble), and also insights into the Fringe Division and Massive Dynamic.  Coming in February 2013, to coincide with the end of the show and to include all pertinent info from this, the final epic season. It is on my must have list, it should be on yours too!

From the Insight Editions booth, we wandered the showroom a bit more before winding up at the IGN Theatre, in line for the “Batman: The Dark Knight Returns, Part 2” panel.  Moderated by Gary Miereanu, with panelists Andrea Romano (dialogue/casting director) and Bruce Timm (executive producer), this panel was exciting and funny. 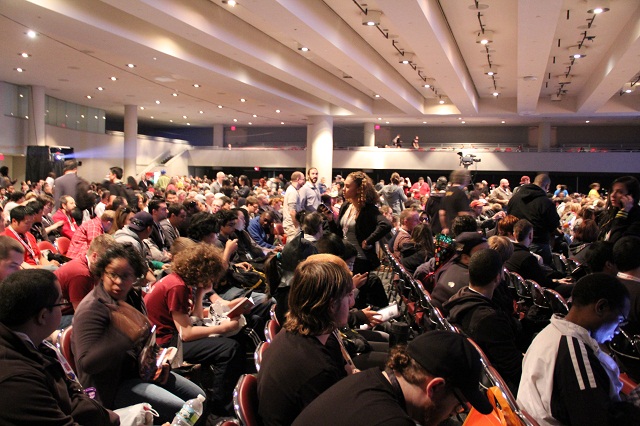 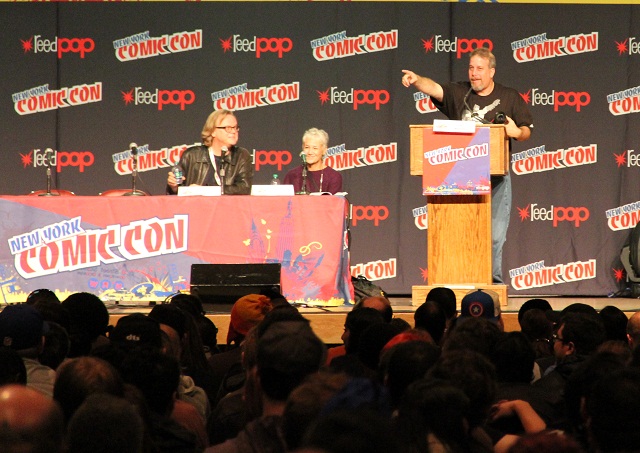 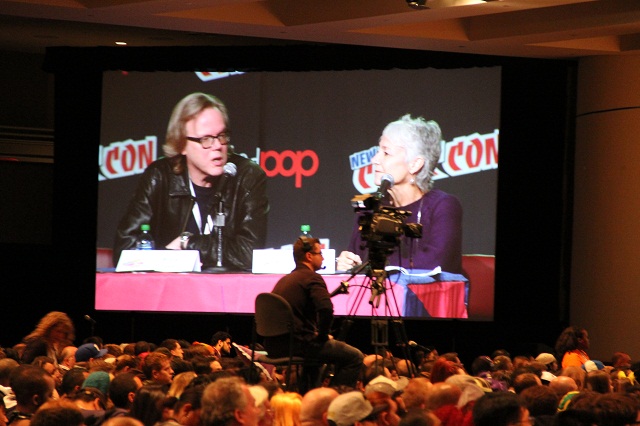 Mr. Timm and Ms. Romano offered insights and shared stories and tales from the making of this next exciting and action packed chapter of the DC Entertainment and Warner Bros. Animation universe. We include several related videos below for your enjoyment!

When the panel had concluded, we broke for lunch, and to sit down for a few minutes – little did we know that between the Batman panel and lunch, and aside from the commute to and from, that was ALL the sitting we would do this day!!

After lunch we ventured back into the show room where we visited the Odd Truth booth and caught up with Alexis Cruz.  Known for his role as “Skaara” from both the MGM Studios feature film “Stargate” as well as the highly successful TV show “Stargate SG-1”, as well as a “Raphael” from “Touched by an Angel”.  Mr. Cruz is at NYCC to showcase his latest venture, “The Unprofessionals”, a graphic novel. 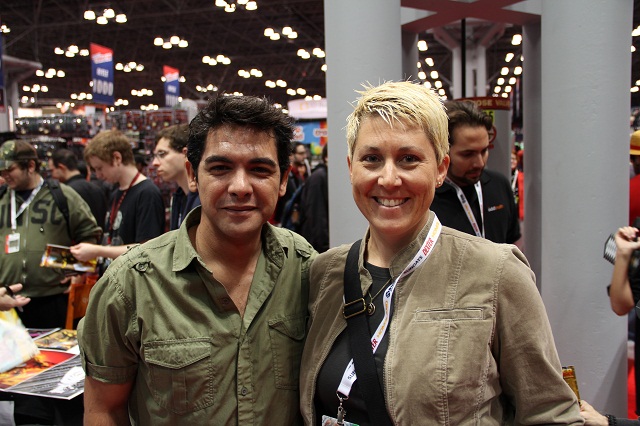 To take from their Kickstarter page: “The Unprofessionals is a 6-part graphic novel about a pair of college students who decide they’re more suited to a career as awesome ninja assassins.  NYC’s underworld teems with cutthroats, club kids, spies, counter-spies, and dumb cops; Jake & Leo can’t count on much, but they can count on each other.” 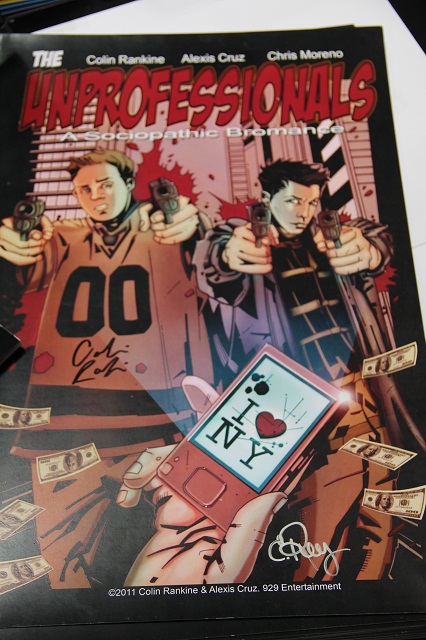 Featuring the talents of Colin Rankine, Chris Moreno, Kate Glasheen, Troy Peteri, and Edwin Vasquez, this is also one NOT to miss – I cannot wait for Chapter 2!  After a pleasant chat with Alexis that covered all areas of his career, past, present, and future, we continued our venture around NYCC. 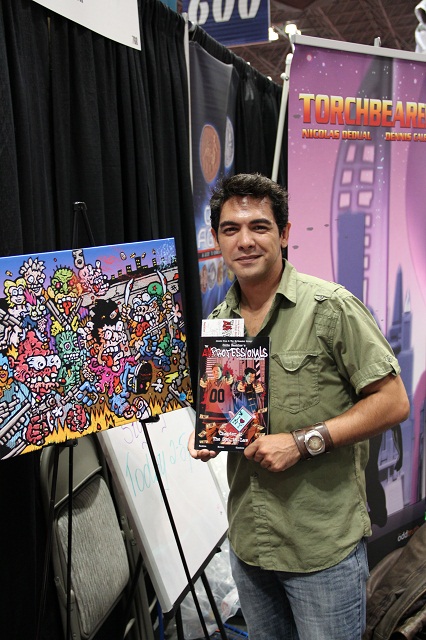 We came across the Hallmark booth, getting ready for (I shudder to utter) Christmas already, they had Darth Santa flanked by a Stormtrooper and an Imperial gunner.  We also came across Bane, from Batman “infamy”. 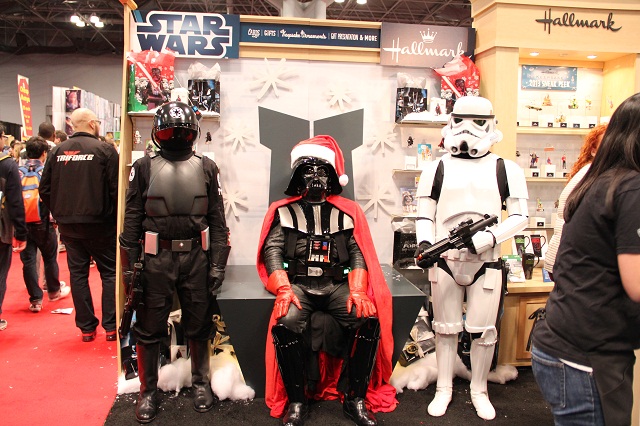 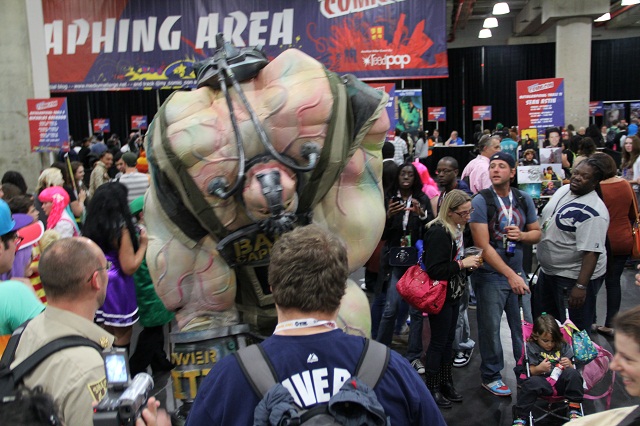 A very full day in a very full convention center, we had a lot of fun, made a few friends, and are definitely looking forward to next year!!

Thanks to Kenn for final audio and image staging, and many thanks to you for reading and for visiting WormholeRiders News Agency to read about my entertainment news coverage goals at NYCC 2012

Sat Nov 3 , 2012
SANCTUARY PROP & COSTUME AUCTION Great, yet bittersweet news for Sanctuary Fans! If you have ever wanted to own a piece of Sanctuary History, here is your chance. Legends Memorabilia, known for its impressive Star Gate and Andromeda auctions, is doing it again. Let your curser stroll down the page […] 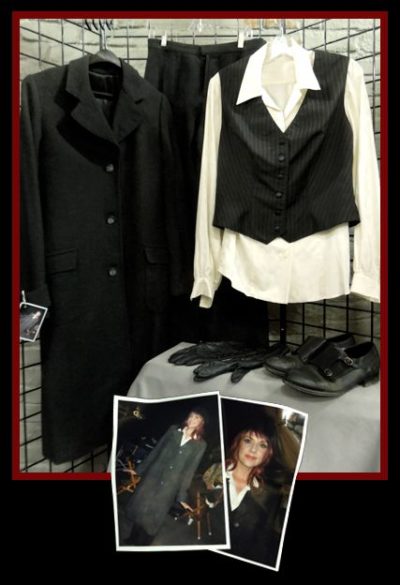