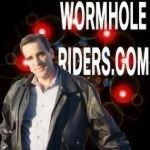 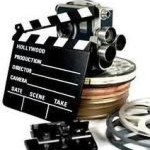 Happy Holidays WormholeRiders! As we enter our thirteenth year of operations, we here have been most fortunate over the past years to have been graced with your presence. You have helped WormholeRiders News Agency Team grow from a single site, to dozens of blogs and over thirty-five websites, including the […]

Welcome back WormholeRiders and San Diego Comic Con lovers! July 2020 is the month that hordes upon hordes of geeks, nerds, cosplayers, gamers and other such mortals descend on San Diego, California to partake in the fifty plus year convention known as Comic-Con. This year however, that event took place […]

Welcome back WormholeRiders, Project Blue Book, and San Diego Comic-Con Lovers! Yay!  The long awaited season two premiere is finally here, tonight January 21, 2020 on The History Channel! Although Project Blue Book is one of  Team WHR’s most favorite science fiction fact based series, due to a previously agreed […]

Welcome back WormholeRiders, The Expanse and San Diego Comic-Con Lovers! Originally coming tomorrow on December 13, 2019, Amazon Studios surprised everyone with an early Christmas gift, the return of one of Team WHR’s most favorite science series The Expanse nearly a full day early! This fantastic development marks an exciting […]

Welcome back WormholeRiders and Van Helsing Lovers! With the superb fourth season of Van Helsing beginning September 27, 2019, we here are  #TeamWHR’s are pleased to bring you our ongoing exclusive series of feature interviews articles to support one of our most favorite science fiction series on SYFY. Conducted on […]

Hello fans and friends, This year at San Diego Comic-Con I had the great pleasure of interviewing the cast and creators of the new The CW show Pandora for WormholeRiders News Agency! Think about Earth, 200 years into the future and you have lost everything. Not only is Pandora a […]

Hello Conventioneers and music lovers! Another San Diego Comic-Con for the books and this year’s was great. Not only was it the 50th (yes, that’s right) anniversary, but it was also the biggest to date. Most people think that a comic-con is just movies, TV shows, gaming, and other crazy […]

Welcome back WormholeRiders Van Helsing Lovers! This is #TeamWHR’s ongoing series of feature articles to support one of our favorite high quality science fiction series on SYFY. Delightfully named Van Helsing, based on the Dracula legend, the cast and creators returned to SDCC50 to conduct a fantastic, friendly, family like […]

Wow, CyPhaCon was back and better than ever this year at the Lake Charles Civic Center in Lake Charles, LA!  This has been a fave little comic con of mine for several years now.  We’d love to see them continue to grow in the coming years and can’t wait to […]

Hello my fellow Mayans M.C. fans! Season 1 may be over, but the anticipation is still very much alive for Season 2! I first heard about Mayans M.C. last year when rumors were circulating that there was a spin-off of the iconic and sacred (to most) Sons of Anarchy. I […]

Welcome Back Van Helsing Vampire Lovers! We here at Team WHR have immensely enjoyed the first three seasons of an extremely high quality series on SYFY known as Van Helsing. In fact we love the series so much, as evidenced by many members of our team, we joined the Renew […]

Welcome Science Fiction Drama Series Admirers! Here at Wormholeriders News Agency we love science fiction series that investigate the inevitable future of humankind heading out from Earth to explore our solar system, establishing new outposts of life far from our fair planet as a stepping stone to Milky Way galaxy. […]