On Friday July 10, 2015, at the world famous cultural event known as San Diego Comic-Con, we at WormholeRiders had the distinct honor of meeting and interviewing Bill Brown, the well known and talented composer of the acclaimed hit Syfy series Dominion! 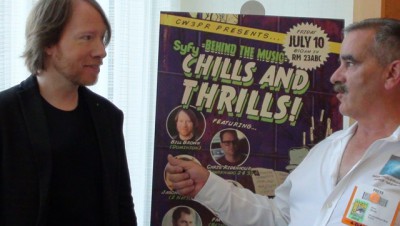 Bill Brown is not only a talented individual, he is fun person always smiling and will to share his career experiences with his dedicated admirers!

This admiration can be witnessed each Thursday evening on Twitter when he interacts with his fans about the superb music composition for Dominion! This editor has enjoyed Mr. Browns work during the second season of Dominion. Like millions around the world, I also hope that Dominion is renewed after the season two finale airing this Thurday, October 1, 2015 on Syfy!

It was a pleasure meeting Bill Brown at San Diego Comic-Con courtesy of the great team at CW3PR who have produced panels at SDCC for many years. We hope you enjoy Bill’s interview, included above, as much as we did in interviewing this talented individual!

Like millions more fans, I have enjoyed the magic that Bill Brown has brought to the gaming world composing the fabulous orchestral and electronic scores for famous game titles including Tom Clancy’s “Rainbow Six” and “Ghost Recon”, Clive Barker’s “Undying”, the cult classics “Return to Castle Wolfenstein”, “Lineage 2”, “Command and Conquer: Generals” and most recently in the superhero based game “Captain America: Super Soldier”. 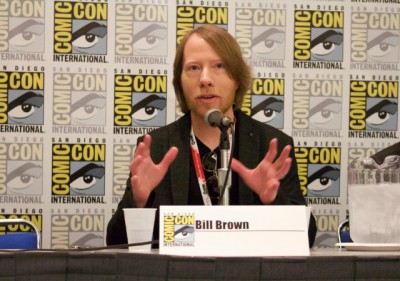 Like many video game lovers, I have invested countless hours enjoying not only the video games mentioned above, but becoming completely immersed in the action as a result of the enchanting music scores created by the gifted Bill Brown! 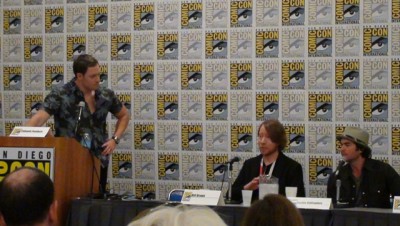 Bill’s superb music scores have been nominated for award consideration by the British Academy of Film and Television Arts, L.A. Weekly, and G.A.N.G., and have won awards from the ITVA, and BMI as well as the Music4Games Editor’s Choice award.

Stay tuned as the WormholeRiders News Agency Team announces more of our San Diego Comic-Con and new WHR You Decide video interview series during 2015 and beyond! 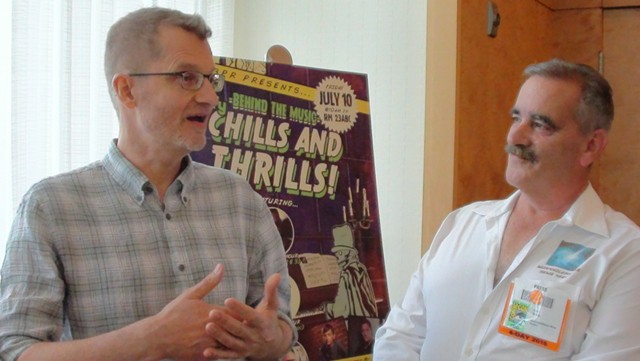