Here’s what went down at the Sanctuary panel at San Diego Comic-Con this year.

Once again, and I must say to the absolute delight of the fans the Sanctuary panel featuring Amanda Tapping and Robin Dunne was moderated by very handsome and articulate Josh Gates from Syfy’s Destination Truth. 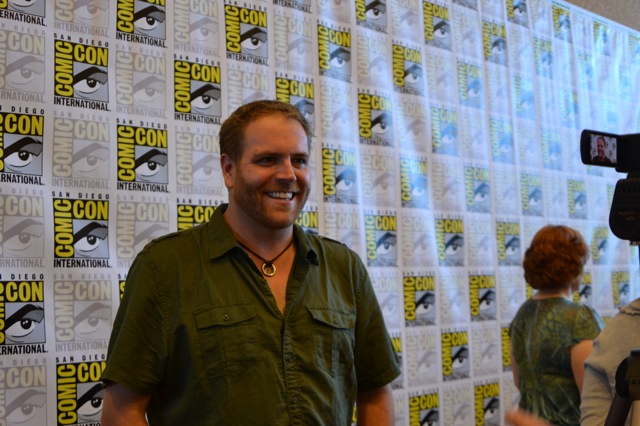 Amanda Tapping (Helen Magnus) and Robin Dunne (Will Zimmerman) comprised the entire panel due to the hectic filming schedule for season 4.  As soon as Robin was announced, the yells of “DROP YOUR PANTS” began. He managed to keep them on the whole panel (sigh), but his pants dropping habit was discussed many times. Amanda arrived on stage to thunderous applause. She is so lovely.

Josh asked them to talk about what it’s like to work on the Sanctuary stage, which is essentially a giant warehouse with green floors and walls. Amanda and Robin mentioned how much imagination it takes for the actors to work in that environment. Amanda said that it makes it a really intimate environment where the actors can really focus on their connections with each other and aren’t distracted by shiny objects. Robin mentioned that it’s a lot like theater in that respect. 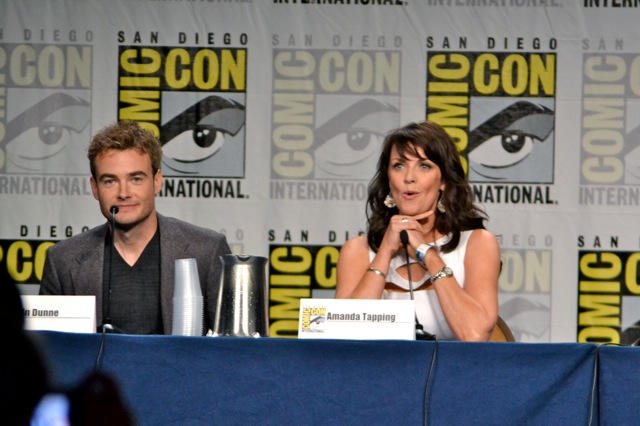 They talked about the difficulty of action around the Hollow Earth diagram since they didn’t see anything in front of them. Apparently Robin kept stepping on buildings (and took a really long time to get any good at it ;)). You can imagine that it must be difficult for them to act and fight with creatures that aren’t there. Goes to show what an amazing cast this show has. 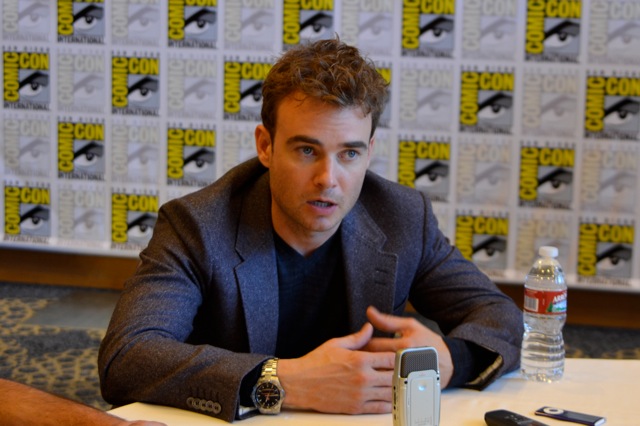 Amanda got a chance to tell us all a little about her charity Sanctuary for Kids, which aims to improve the lives of children around the world. For more information on this wonderful charity please visit their website: http://www.sanctuaryforkids.org/ 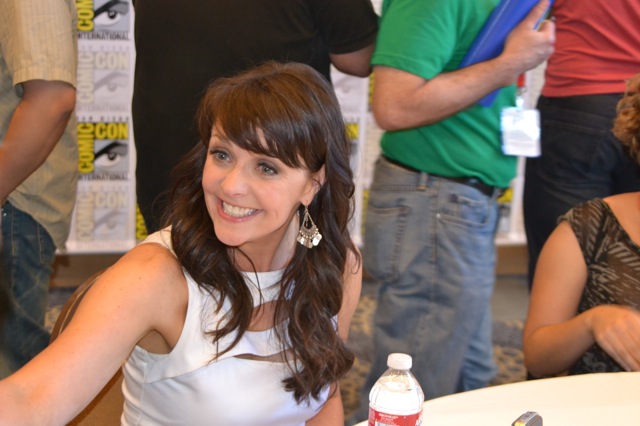 Amanda told us that season 4 is the most “kick-ass” season they have ever done! She reveals that Magnus is finally going to get some action! She will not, however, confirm if it’s with a boy or a girl (she is so cheeky!). 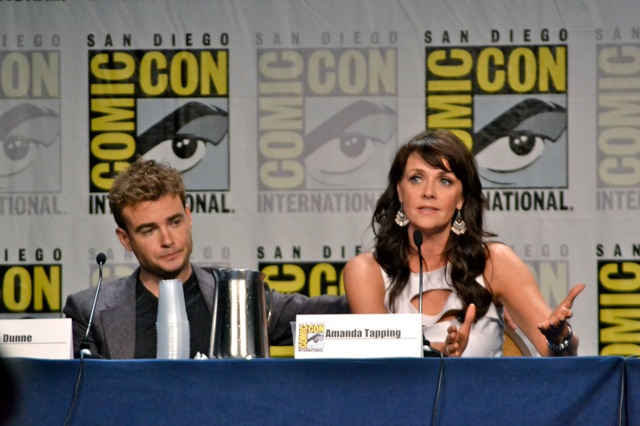 We also found out that Robin will be directing his first episode of Sanctuary next season. Amanda revealed that she knew he was serious about it because he managed to keep his pants on that day. Robin revealed that pants dropping is his go-to-move when he’s nervous and at the end of the panel vowed to never keep his pants on!

The biggest news from the panel was that season 4 will have a…wait for it… MUSICAL episode! It was really cute because Amanda and Robin sang this information to us. Amanda said to expect it to be more like “The Exorcist the Musical” than Glee. There will only be singing (no dancing). 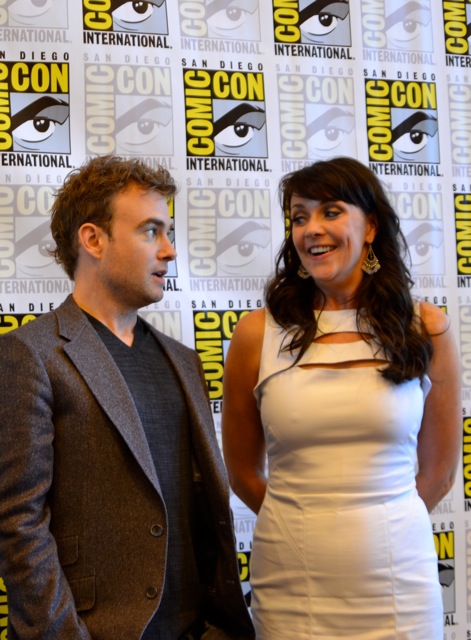 WormholeRiders also had the chance to interview Amanda Tapping and Robin Dunne and we asked them more about the musical episode… and someone may have mentioned the pants dropping thing… Look for the interview to be posted soon.

Check out the official SyFy video of the panel below and let us know what you’re excited about for next season.

We hope you have enjoyed this article. As always we thank you for visiting WormholeRiders News Agency.

Please feel free to share this news article by clicking one of the social media icons below.

Wed Aug 3 , 2011
Hello Guildies! Season 5 of The Guild, our favorite award-winning web series about gamers, has finally started! During the outstanding festivities conducted by Comic-Con International in San Diego this year, we got a chance to talk with Sandeep Parikh (Zaboo) and Amy Okuda (Tinkerballa) about the upcoming season of The […] 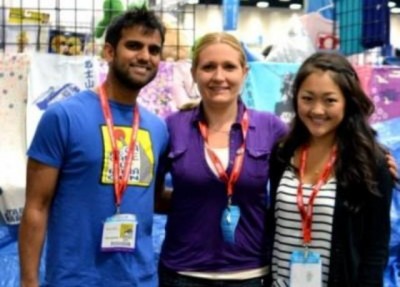