On Saturday July 14, 2012 during the wonderful Comic-Con 2012 entertainment and geek convention conducted in San Diego California, we had the honor and pleasure of interviewing the awesome Ashley Noel who portrays Matilda West in the hit Cinemax series Femme Fatales!

About to complete it’s second season on Cinemax we were honored to interview this awesome actress and learn more about her and her role in the series!

Greetings and salutations my friends, let me start again by saying how happy I am that you enjoyed my latest post. It always makes me smile to know that I have fans out there!

Once again we join the ladies of Femme Fatales for another installment of my great interview with the cast during Comic-con 2012. In this interview I had the pleasure of talking to Ashley Noel…who plays the mysterious Matilda West. 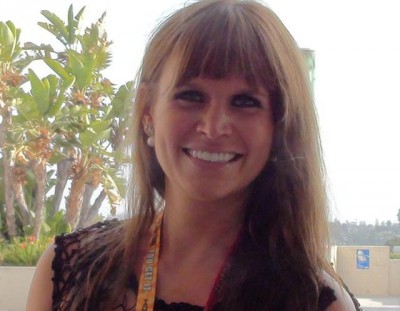 Ashley had mentioned that one of the fun things about the scripts is that she plays a dual role. I can just imagine how hard it if for ANY actor to play a single role let alone a double role.

I only know of three actors that can play dual roles and play them each perfectly. She had made a great point about making the characters believable as separate characters and making sure that they are completely different. 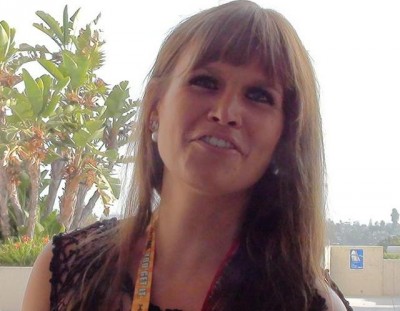 It is not unusual for the actor to favor one role over another. It is like the yin and yang of our own psyche. With one role you are allowed to delve into the dark side, and the other the light side. The trick is balance, it you give too much to one then the other comes off as contrived and unauthentic.

Ashley had said that most of the time people have a per-conceived notion of what a femme fatale is…or what they think it is. As I mentioned in my earlier posts, it is NOT the text book definition, if anything it is an amalgam of lots of things. There really is no one definition of what it means to be a femme fatale. The fact that all the ladies had said almost the exact same thing leads me to believe that they know they are not just pretty faces; they are the very embodiment of their series. 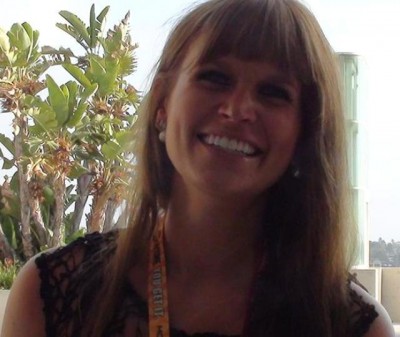 Ashley had mentioned the force of nature Vivien Leigh as her top on the list of femme fatales. What better pick than Miss Scarlett O’Hara herself. The first Brit on the list, but no less powerful than all the other actresses mentioned in the past interviews. Vivien Leigh personified that British sensibility that made her Scarlet so perfect. She was a femme fatale before the word was really even in the lexicon of cinema.

Angelina Joile was the one actress that Ashley said she would like to see on the show. That would be definitely a night to tune in to. She had also mentioned the other great co-stars that have graced the small screen of femme fatales, the aforementioned Eric Roberts, Ashley Hamilton, Casper Van Dien, Vivica A. Fox, and Robert Picardo. Wonderful actors all…and I am sure they would all do it again if asked. 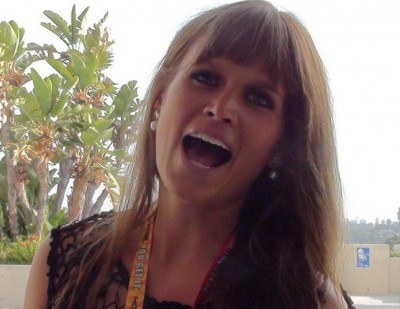 The fact that Ashley’s character uses her brain is one of the many reasons she thinks her show is a great role model for girls. Use the brain that you were given, don’t hide it or be afraid of it.

That reminds me of a quote that I read from one of my favorite poets of all time, e.e. cummings “It takes courage to grow up and turn out to be who you really are.” If that means a book smart, kick ass femme fatales then so be it! It is similar to what Madison had said about always being cast as the ditzy character, she may ‘seem’ that way but she is anything but.

I like the fact that Ashley had said that the great thing about The San Diego Comic-Con was that everyone at the convention was embracing their inner geek in some way shape or form. 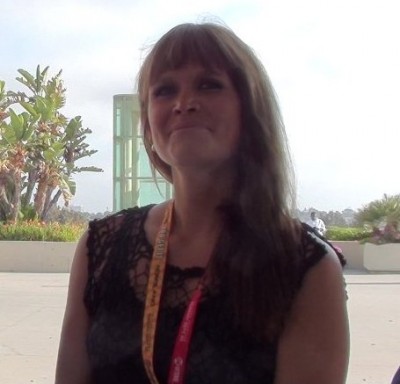 She certainly hit the nail on the head. Comic-con is the one place on earth where you CAN use your brain in a good way; you CAN let your love of science and all things fiction shine through.

I loved the facts that not only were the cast of Femme Fatales excited about their panel, but that the girls themselves were fans of the convention. Ashley had mentioned that she was wanted to see the Game of Thrones panel, I know that other actors I had the pleasure of seeing had mentioned THEIR favorites as well. It is nice to know that the actors we have come to see are also just as excited about their favorite shows.

I want to thank Ashley for a great interview and best of luck on a third season (hopefully). I hope you enjoy the latest installment of the sexy and talented cast of Femme Fatales, Ashley Noel!

We hope you enjoyed our interview with Ashley Noel the awesome star of Femme Fatales and thank you for visiting WormholeRiders News Agency.

Tue Aug 7 , 2012
Hey Femme Fatales Fans, On Saturday July 14, 2012 during the wonderful Comic-Con 2012 entertainment and geek convention conducted in San Diego California, we had the honor and pleasure of interviewing the talented and beautiful Betsy Rue who portrays “Libra” superhero character in the hit Cinemax series Femme Fatales airing […]