On Saturday July 14, 2012 during the wonderful Comic-Con 2012 entertainment and geek convention conducted in San Diego California, we had the honor and pleasure of interviewing the talented and beautiful Betsy Rue who portrays “Libra” superhero character in the hit Cinemax series Femme Fatales airing this Friday!

Here we go again…another installment from that great group of girls known as the Femme Fatales!

In this interview, we get to talk to Betsy Rue, whose name is as noir as they come. I am glad that you have been enjoying these interviews.

They were fun and insightful and hopefully I will be able to interview them again at the end of the third Season of Femme Fatales (hint to Cinemax). 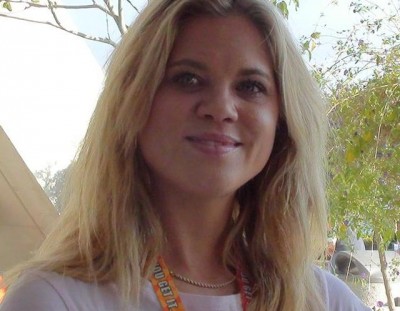 Since we were at Comic-con, it was appropriate that the one thing that Betsy liked about the first script she read was that she was going to portray a superhero! Who wouldn’t love that?

I am sure it’s every kid’s fantasy to be able to fly or be invisible. I felt bad for her though, she only had one day of training regarding stunts and then it was head first!

That is something I am sure is a nerve wracking situation to deal with on the set. Normally an actor has weeks of training if they are doing physical roles, alas Betsy was not so lucky. She was a trooper and kicked ass regardless! 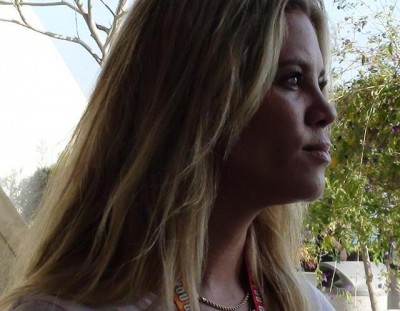 She had said that one of the things that she most liked about the show was fact that it harkened back to the days of noir.

If I could have a show dedicated to nothing but noir, I would work for free (seriously! Cinemax or HBO are you listening?) Noir was a way of life; it was a way to show the darker more gritty side. One thing that noir always said to me was real…no matter who you are it touched you in some way.

The femme fatale that Betsy picked from the noir days was one I do not really associate with those kind of movies. Nonetheless she picked Brigitte Bardot; she was the Pamela Anderson before Pamela Anderson. Bardot is French, which is all that needs to be said on the matter. 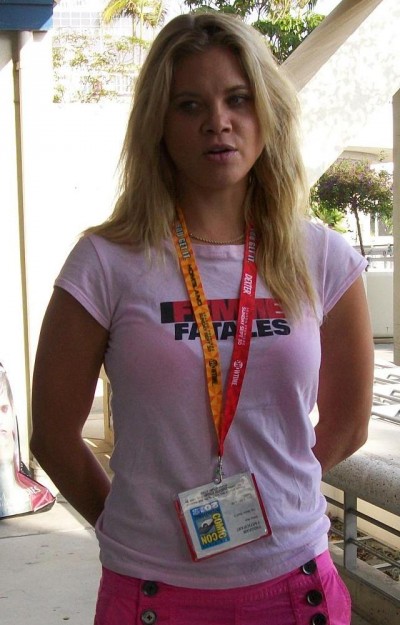 I agree with Betsy though, Bardot embodied exactly what the word femme fatale was and is. Her movies were what men wanted from her and what women envied.

Betsy had mentioned Halle Berry as her modern day femme fatale. Right again! Halle is one of those women that is so exceptionally beautiful AND talented. She is not just a gorgeous face or killer body; she is a great actress and has proved it a number of times. Betsy had made a great point about it depended on what women were getting those roles. I guess it is all about that, although juicy roles for women are hard to come by. Roles that women can really sink their teeth into and fly are rare, but when you find them…gold.

I love that Betsy had said that her sister is an influence on her and the struggles that made her stronger. How does the saying go…what doesn’t kill you makes you stronger? We have all had those defining moments in our lives where we can see change, can feel it as if it were a tangible thing. Betsy also revealed that being at Comic-con this year was bittersweet; it marked the anniversary of someone she lost, someone who was an influence in her life as well. 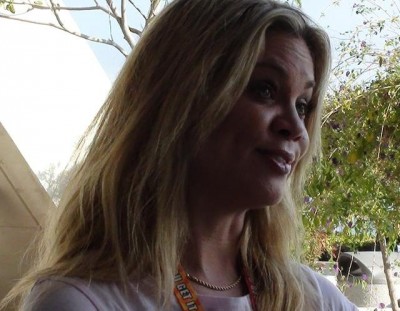 Betsy’s answer to the fantasy co-star was Jack Nicholson…surprised? I was not in the least! It makes perfect sense, not only is he one of the best actor’s, but he was in one of the greatest film noir’s ever…Chinatown. I am sure that he could give the ladies a lesson in noir among other things, as long as the Lakers season is not in full swing.

Actor’s constantly put themselves through not only emotional hurdles but physical ones, too. When Betsy had finished with the fight scene, her body paid the price. I have always applauded actors for taking the knocks themselves, it takes a lot of ‘strength’ in every sense of the word to do it and do it well. She did have a great time doing it. I must admit I am a little jealous of her! How much cooler does it get than going to work every day and kicking ass? No need for a gym or personal trainer, just go to work and do your scene.

Well, another one of the dolls down. I would like to thank Betsy Rue for giving us the one two punch and filling us in on all her femme fatale secrets. Here’s hoping we get to see another exciting season of this great show!

We hope you enjoyed our interview with Betsy Rue the talented and beautiful star of Femme Fatales and thank you for visiting WormholeRiders News Agency.

Wed Aug 8 , 2012
Hey Femme Fatales Fans, On Saturday July 14, 2012 during the wonderful Comic-Con 2012 entertainment and geek convention conducted in San Diego California, we had the honor and pleasure of interviewing the talented and beautiful Jennifer Roa from the hit Cinemax series Femme Fatales airing the season two finale this […]