Welcome back WormholeRiders and San Diego Comic-Con lovers to WHR You Decide! 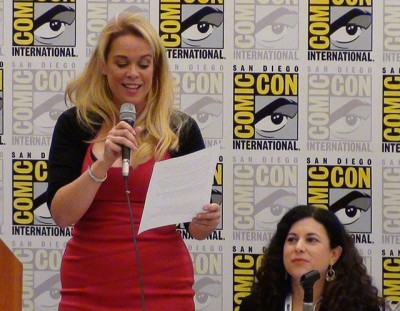 We begin our coverage of the fabulous yearly pilgrimage to San Diego Comic-Con with what we here at Team WHR believe is one of the most important panels conducted at the fabled entertainment SDCC 2015 convention, the Anti-Bullying panel, created and moderated by the gifted and gorgeous Chase Masterson.

Aptly named “End Bullying: Responding to Cruelty in Our Culture”, the concept is clear; bullying of youth, LGBT, or for that matter by anyone is just plain incorrect behavior!

We are therefore honored to bring you the entire panel “End Bullying: Responding to Cruelty in Our Culture” below for your edification and enjoyment! 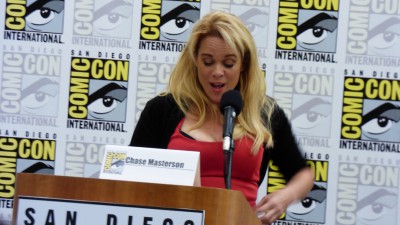 We include a few of the most notable quotes from the well attended event, now in their eighth appearance world-wide since this worthwhile cause began conducting panels at conventions only two short years ago in 2013!

Moderator Chase Masterson stated something everyone can believe in; “SuperHero IRL (In Real Life) is something we can all do, every day”, and “We love superheroes. Why not be one?”. We agree Chase and look forward to supporting this great cause at future convention events! 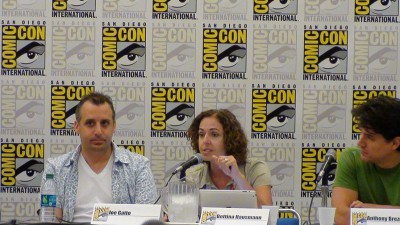 “I’m very happy with the turn out to the Pop Culture Hero Coalition panel,” Joe Gatto said it very well; “There were meaningful words of encouragement and understanding spoken from a diverse and caring panel of professionals, all with unique takes on the issue of bullying. And these faces in the crowd stared back as if to say ‘thank you for understanding.’ It felt great to do some good”.

Thank you Joe for supporting the Pop Culture Hero Coalition! 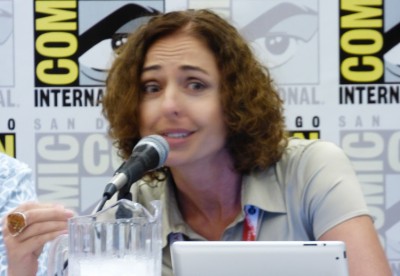 “The blend of imagined and real superheroes is at the heart of Comic-Con, and it will take heroes in all forms from all parts of the world to address bullying, intolerance, and hate,” and “Being a hero doesn’t require a fantastic costume or hidden lair; rather it takes passion, courage, and a single minded belief that we all share an inherent right for dignity, equality, and freedom. The Pop Culture Hero Coalition takes exactly that stance and is committed to everyone being able to pursue healthier, happier lives, which enrich us individually and collectively” said United Nations Association President Bettina Hausmann“. 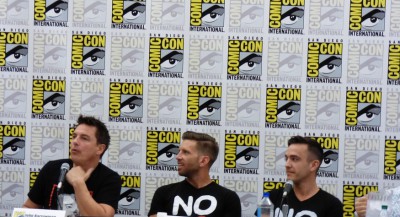 “The NOH8 Campaign’s involvement in the Coalition’s work at cons around the nation is extremely important to us,” and “We feel the topic of bullying is something that all con(vention) goers can relate to. If we can show them that there are many people out there just like them, we can start to empower each person to stand up for who they are and in turn, stand up for others” said Adam Bouska and Jeff Parshley“. 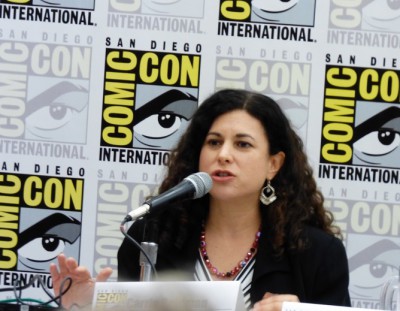 Carrie M. Goldman, Pop Culture Hero Coalition co-founder, related the goals of the Anti-Bullying team of superheroes; “The best part of the Coalition is that it provides a forum for us to reach the most vulnerable people attending Comic-Con and remind them that they are not alone, that they have greatness in them, just like the characters they so admire. Watching the research from my book, Bullied, turn into a living breathing entity that helps people is a profound experience,”

Our staunch belief is in ending bullying once and for all time. Always a cornerstone foundation of the WormholeRiders philosophy, our belief was put to the test in 2010 when a talented young journalist named Stephanie Bell was viciously attacked on Twitter for being a lesbian. Our Team WHR response was swift and decisive.

While members of Team WHR were courteous to the malcontent individual and cohorts, indicating they were entitled to his personal opinion about lesbians, he was NOT entitled to attack people publicly or in private for that matter. In the short period of time of twenty-four hours, hundreds, if not thousands of Twitter members told the hater in no uncertain terms no one would not tolerate such heinous outbursts! Thank goodness when the foul persons crawled back into the hole from whence they came! 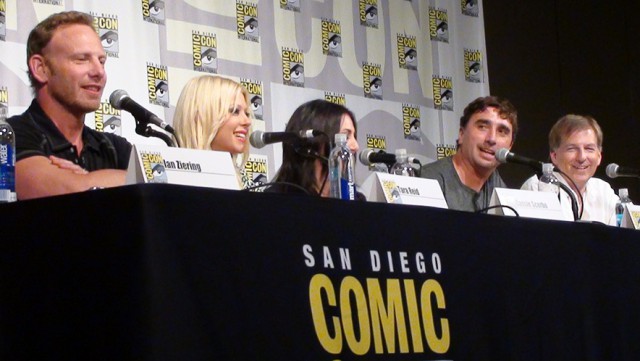