How’ve things been going for you all?  Well I hope.  If you all have followed my sage advice from my previous reports, you’ll have already
watched The Guild webseries by now.  If you haven’t, you are really missing out and really need to go watch it immediately.

While working at Phoenix Comicon I was lucky enough to get to moderate The Guild panel with Sandeep Parikh and Jeff Lewis!  It was a ton of

fun!  Loads of fun even…  Basically there was so much enjoyment, there were literally rickshaws full of fun there!  What, don’t believe me?  Well then see for yourself.  Included below is a video of The Guild panel from Phoenix Comicon 2011.  I know you’ll get a laugh out of it.

There were a few slight technical difficulties that took place during this panel…  The sound for the video screen was out (they wanted to show bloopers from the show), but that didn’t stop the fun.  The tech guy grabbed a microphone and held it up to the DVD player and the audience stopped moving, barely breathed and strained to hear the outtakes.  Sandeep made it fun by repeating some of what was going on for us.

Also, the microphone that was set up to take audience questions went out, so I’m sorry if the audio isn’t that great.  Besides all this, we had a great time with the guys of The Guild who declared us the “Best Smelling Convention Ever”.  It was quite the honor.

And without further adieu, here’s the video!  I hope you enjoy it!

Please come back again in the future for more Phoenix Comic-Con 2011 convention news and feel free to leave a comment below, share this news article by clicking an icon below, or you can visit me on Twitter.

Until then, have a wonderful day.

Profiles in History Debbie Reynolds: The Historic Auction at The Paley Center for Media!

Tue Jun 14 , 2011
Hello Hollywood Memorabilia lovers! On June 18, 2011 you could own a piece of Hollywood history. This is the day a vast amount of Hollywood memorabilia collected by Debbie Reynolds will be up for auction by Profiles In History at the Paley Center for Media. You may click here to […] 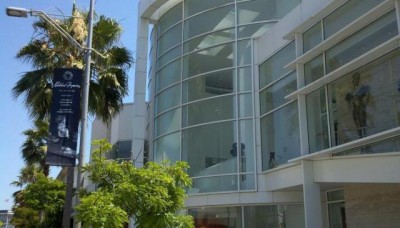