It has been over a few months since Comic-Con 2017 ended, and I am still feeling the aftermath. I am not sure if it was just me or if things were a bit different this year. It seemed like there was less cosplay than years past or maybe I was not looking hard enough?

There were some really great panels that I was really excited about attending and made a point to get to the mega Hall H. Even with the con behind me, I am still tired and catching up on the “normal” life again. 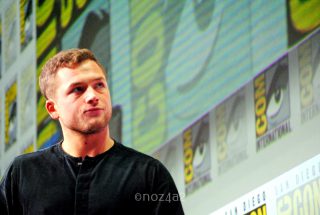 The con started off great with a panel I was so looking forward to. Kingsman: The Golden Circle is the sequel to the highly successful (and pretty bad ass) movie, Kingman: The Secret Service, starring Taron Egerton, Colin Firth & Samuel L. Jackson. I adored the first one, so I had no doubt that I would absolutely be in love with the sequel. In addition to Taron and Colin, they added a few new cast members and I couldn’t be happier at who the new additions are. Jeff Bridges, Channing Tatum and one Miss Halle Berry. We were treated to the opening scene of the movie as well as an impromptu Whiskey challenge which Halle Berry nailed. I am very excited to see this new installment that has added a new layer with the Statesmen (Tatum & Bridges). 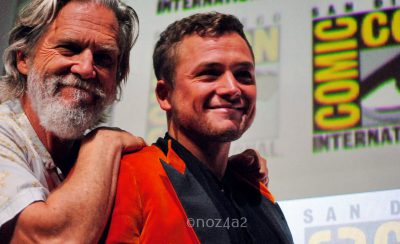 Once Hall H was done for me, I had the pleasure of interviewing two cast members from BSG (that’s Battlestar Galactica for all you layman out there). There was a cast reunion and although I missed the panel, I was determined to not miss the press room.

I had the pleasure of sitting down with (albeit briefly and in a round table setting) with Tahmoh Penikett (Helo) and Aaron Douglas (Chief Galen Tyrol). Both men were really great and expressed gratitude to us and how amazing they felt about the reunion. Tahmoh talked about the late Richard Hatch and how his time on the new BSG was so profound and a learning experience for all involved. So say we all. 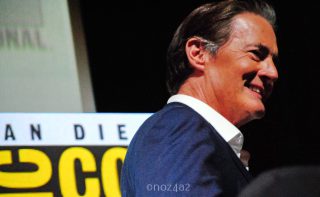 he next few days consisted of more amazing panels, two in particular that I was, no matter what circumstances arose, not going to miss for ANYTHING. The first such panel was Twin Peaks. This was my whole reason for going to Comic-con this year. Not only am I so beyond happy that Twin Peaks was revived 25 years later, but that I standing in the same room as Special Agent Dale Cooper (Kyle MacLachlan). Alas, the genius maestro himself, David Lynch, was not present, but sent us a very Lynchian cryptic video welcoming us to Hall H and Comic-con.

The panel was everything I expected it to be. With both old and new cast intermixed, it was great to hear them talk about how they all got involved back into this adventure 25 years in the making. My Twin Peaks heart was in heaven, all that would have made it complete would have been a damn good cup of coffee and cherry pie. I was a bit disappointed that Showtime didn’t have an exclusive booth for this show. I was so looking forward to buying myself a Twin Peaks Sheriff Dept. mug. Maybe next year! 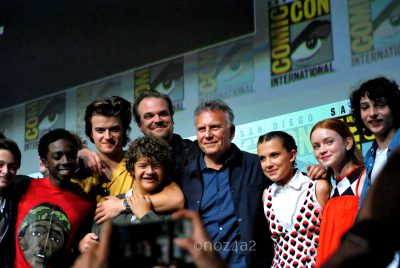 The other panel I was determined to get into, and did, was the Stranger Things panel. I am so happy I did. Not only was it one of the best panels at the con, but we got to see the most amazing, epic, gargantuan trailer for season 2 not once but TWICE. Patton Oswalt, who was the moderator was just as excited, if not more as all of us that he begged to see it again and they obliged.

To say that I am so excited about the new season is the biggest understatement of the decade. Plus with the addition of few new cast members, Sadie Sink, Sean Astin, Paul Reiser and Dacre Montgomery. All, but Astin were at the panel to give us a very small taste of what they will be doing in the new season. I will not reveal what they said, but let’s just say that the new season will be more than I could ever ask for. 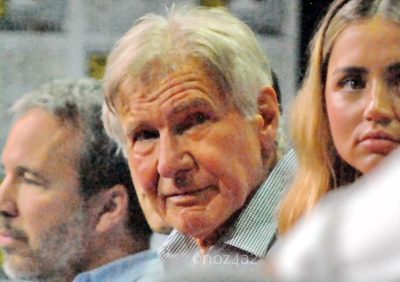 Another great surprise was we got to see a sneak peak of the new Blade Runner film with some of the cast including Harrison Ford and Ryan Gosling.

They showed us a scene from Blade Runner 2049. I am very curious to see the final project. As a huge fan of the original film, it will be interesting to see how they can top that incredible film. It was way of ahead its time when it was first released (1982). 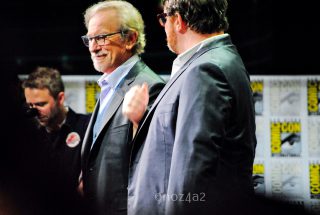 Then another amazing treat was a trailer for a new movie based on the book Ready Player One. Once the trailer was done, Chris Hardwick, the moderator introduced some filmmaker I’ve never heard of named Steven Spielberg (sarcasm) and Ernest Cline (the author of the book).

To say we were all shocked is putting it mildly. It’s not often you get to be in a room with one of the most prolific filmmakers of the 20th century. It was a great thrill and one that I won’t soon forget.

The other wonderful surprise was a few cast members from the new Justice League movie. In addition to that, we were treated to a very small taste of Aquaman (which is still very much in production). One of those treats was the man himself, Jason Momoa. He entered Hall H through the crowd and like a rock star took the stage with swagger and tenacity with Trident in hand. It made my day to see him so happy and really feeding 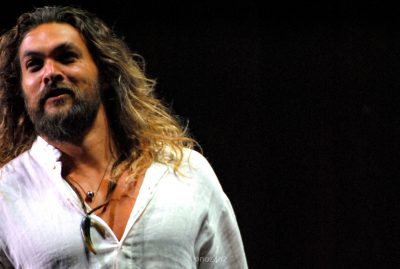 off the roar of the crowd. He lives for these kinds of events.

Finally calming down (sort of), Jason talked about the fact that he flew 18 hours from Australia to be here in Hall H for all of us. Not only to bring us some morsels of Aquaman but to also share the stage with his fellow Justice League superheroes Ben Affleck, Gal Gadot, Ray Fisher and Ezra Miller. With them came the epic trailer that made us want more. Absent was Henry Cavill, but we are assured he will be a part of the movie. Like we ever had any doubt?

As exhausting as the week was, I am so happy I went as I am ever year. I had a great time and have still yet to unpack.

I am looking forward to all the amazing movies and shows ahead as summer is slowly coming to a close and we look forward to the fall. I hope you had as much fun as I did. Until next year!!

Thu Dec 7 , 2017
Welcome back Van Helsing lovers, WormholeRiders and Vampires all around the World! Team WHR concludes our Van Helsing SDCC 2017 coverage featuring our interview with the series creator Neil LaBute, and co-chairmen of Nomadic Pictures, Mike Frislev, and Chad Oakes. These three entertainment professionals, working together with their fantastic teams of […]