We had the absolute pleasure of a roundtable interview with Agam Darshi and Jonathon Young of Sanctuary at this year’s MCM Expo London conducted at the ExCel Center Western Gateway London E16 1XL, United Kingdom.

The whole experience was a total delight and very entertaining and informing as well. One thing I would like to point out however, is the contents of this interview.

If you ARE NOT up to date with Sanctuary, and by this I mean Season 4’s “Chimera”, which aired this past Tuesday, then please avoid the last 2 questions of this interview or avoid it completely until you are up to date because there are spoilers. Please see this as your warning as I do not wish anyone to be unintentionally spoiled. Thank you.

And on that note, onwards and upwards with the transcription of the interview. I hope you enjoy! 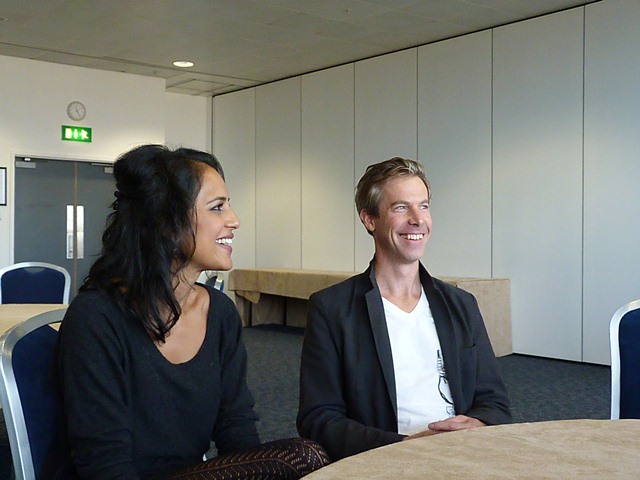 Q: Is this your first time at an event like Expo?

Q (to Agam): Where have you been before? What other things have you done with meeting the fans?

Jonathon: This is it! This is my first ‘meet the fans’ event but Agam’s done a few.

Agam: I’ve done a handful. I was actually in Melbourne last weekend and Montréal the weekend before that.

Agam: Lately, I have been.

Q: You didn’t start from the pilot, so you started when all the cast were already together, so what was the audition process like for you?

Jonathon: Mine was kinda interesting because I play Nikola Tesla, who I’ve played before on stage for a piece of theatre that’s travelled round quite a bit – came to Edinburgh in fact for a month, and my friend Chris Heyerdahl, who I met at a party said: “You know, I’m working on this thing and they’ve written Nikola Tesla into it and maybe you should come read for it.” And I thought he was talking about some small indie theatre thing, and I’ve been very busy and I said to him: “I just can’t”, and I thought Tesla all over again and I couldn’t quite get it, but then I got a call from my agent saying you have an audition and the part was Nikola Tesla, and I kind of pieced it together. So I went in and did Tesla as I’ve played him on stage, which is a much more historically accurate portrayal of the Serbian inventor, and they quickly went “Oh no, no, no. It’s not really like that; he’s more just a guy, who’s a vampire.” We gradually stripped away all that I knew about Tesla to become the new Tesla.

Q: So you had to reinvent what you already knew?

Jonathon: Yeah, or just let all that go. But I think when I first got on the show, there was a bit more of some of those eccentricities and some of Tesla’s obsessive habits that were more present and hadn’t slipped away yet. 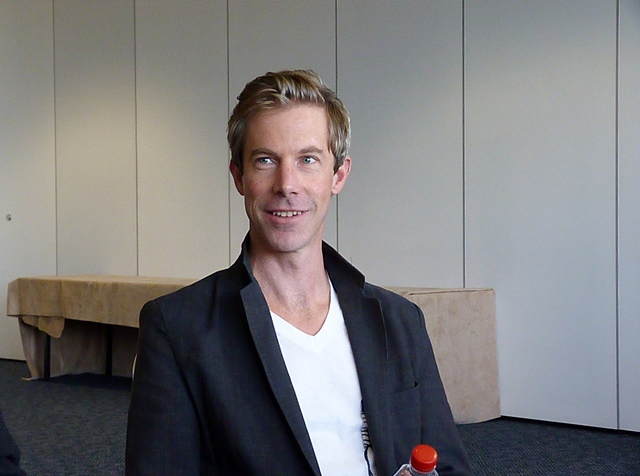 Q: Agam, you came into the show beginning of the second season, and your character, Kate, has developed quite a bit through that. How would you sum up Kate?

Agam: Kate’s a flawed character, you know. When she first started out, we weren’t sure if she was good or she was bad or where her loyalties lay, but she’s been kind of an orphan most of her life and had to defend herself and make do with whatever she had and then through her arc and getting to know everyone at the Sanctuary, that’s where she’s really learnt the value of family and because of that she’s just becomea lot more real and hasn’t had to put those boundaries, those walls up that she’s had most of her life.

Q: And obviously by the time you joined, the cast was quite established, how did it feel coming into the show at that point?

Agam: Oh, they all hated me! No, you know, I was very clueless when I first started the show, in terms of exactly where Kate was in this whole picture, and I didn’t realise obviously that Ashley was no longer going to be a part of Sanctuary, I thought her character was going to come back, so I never really questioned that and a lot of people talk about how Kate replaced Ashley but I never knew that, I never realised that and I don’t think the rest of the cast ever felt that way either. It was just that this is a new character coming on board and she has her own arc and her own elements that she’s bringing to the show. So it wasn’t really until the show aired, that I understood what the fans felt and I realised that, okay, people feel like Kate has replaced Ashley. But when I started, it felt like a warm welcome and yeah, I think the only thing I felt like I had to do was catch up, because everybody else had a season and the webseries to develop their characters, whereas I’d just started and felt like I really wanted to establish who she was and her relationships with everyone and make her as strong as possible. 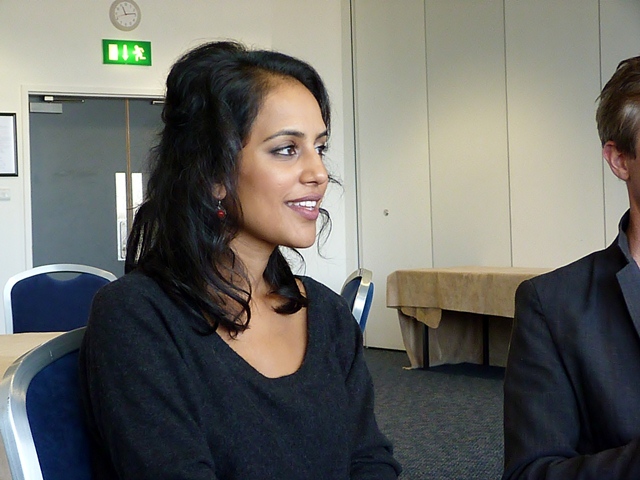 Q: Following on from that, do fans reactions influence how you play parts of your characters at all? For example, if they like a certain part of the personality do you try to emphasise that?

Agam: You know, I think it’s just being honest to whatever’s been written, and I don’t think she’ll ever lose that sarcasm or that toughness, that is who she is, but I think as she’s gotten to know everyone at Sanctuary, it’s become her family and she doesn’t need to be as tough with them. She can be a little bit sillier, a little bit more sensitive, but I think to the outside world she’ll always have that strong, kick-ass kind of personality.

Jonathon: I think it’s always interesting to get that feedback and to realise what is coming through and what qualities people are picking up on or want more of, but as Agam said, that kind of influence really, it goes through the writers first, because you get the script and you see “Oh, they’ve responded to this, and they’ve brought this out, and there’s more this side of Tesla in that episode” and ultimately then, it’s your job to interpret that, as opposed to lay something on it that you think the fans want. I think it always comes out of what the writers have done.

Q: How difficult would you say that’s been, because you said you’ve played Tesla before on stage, and what’s happening here isn’t the same accurate, historical portrayal. How difficult is that for you to not fall into the previous role?

Jonathon: It was only difficult the first day or two, until I realised “this is a different person, this is a vampire…” And the things that remain, of course, are his reliance upon his intelligence about anything else and his feelings of superiority. So those are the things that remain and if anything, in this show, are more fun because they’ve taken it to the extreme and it’s new every time as opposed to in the theatre where it’s the same game that gets played, but here it’s new every time and how those qualities play themselves out and bounce off these other great characters who are a contrast to Tesla’s ways.

Q: You seem to have a lot of fun playing Tesla’s character, is it as fun on set as we see on the show?

Jonathon: It is. It’s a really fun set to be on and in many ways it’s thanks to Amanda Tapping’s, I think determination, to create a vibe on set that is filled with humour and that gets past any egos, and there’s a constant reminder that we have these great jobs and that it should be a fun place to work and that extends to the crew as well. And also, it seems to me that the writers have a good time writing Tesla and it seems that each episode they see how far he can go, how outrageous and audacious his arrogance can be. You know what I mean? And that still doesn’t become too big or unbelievable. But it’s a lot of fun. 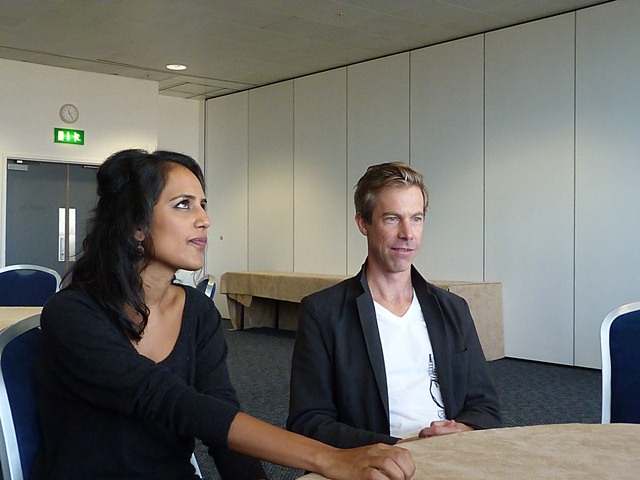 Please be aware of SPOILERS from this point onwards if you AREN’T up to date with Sanctuary.

Q: Season 4 has just started in America, but for the UK fans, what can we expect from the new season?

Jonathon: I should have known that question was coming but I didn’t prepare for it!

Jonathon: You can expect a fight between Tesla and Adam Worth – that was fun. Having a fight with Ian Tracey and he just goes wild! You build all this choreography throughout the day and when it’s action, it’s like: “Oh my God!”

Jonathon: Yeah, with our vampire claws and contacts, where you lose some of your visibility and Ian goes crazy.

Agam: So he becomes a vampire?

Jonathon: Yeah, he becomes a vampire.

Agam: Are you allowed to say that?

Q: Who have been your favourite guest stars to work with?

Agam: I haven’t worked with you (Jonathon) very much, but you are one of my favourite characters.

Jonathon: We only really had one scene…when you were tied up.

Agam: Yeah. But you’re still one of my favourite characters. I think Michael Shanks. I just really liked that episode.

Jonathon: And I think Ian Tracey, and Gil Bellows was just on recently and I’ve worked with him before and it was nice to see him again, although we didn’t really have anything together.

Agam: Was he tied up?

Jonathon: No, he wasn’t tied up…not that I would say even if he was, because that would spoil the show. He’s a vampire and he’s tied up! There you go.

A nice ending to the interview, and at this point I’d like to thank both Agam and Jonathon for taking part in the interview and the MCM Expo team for their organisation. To reiterate, it really was a pleasure to sit in on this, and I hope you enjoyed it as well.

As always, thank you for reading and for visiting WormholeRiders News Agency “Conventions Corner”, please feel welcome to leave a comment below or on twitter, by clicking the icons below. 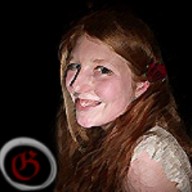 MCM Expo London: “Summer Lovin' Had Me a Blast...”

Mon Dec 5 , 2011
Welcome MCM Expo, Sanctuary and Eureka fans! MCM Expo has always been a popular convention for fans, and this year was no different. The queues stretched on into the distance and the atmosphere was buzzing. Agam Darshi and Jonathon Young of Sanctuary were definitely major players at this year’s event, […]