On the evening of Saturday July 14, 2012 during the Comic-Con 2012 entertainment and geek convention conducted in San Diego California, we had the honor and pleasure of attending the panel for the hit Cinemax series Femme Fatales!

As everyone who ventures to Comic-Con San Diego knows, either as media, as celebrities and or as fan attendees, there is simply so many things to do, and so many people, schedules can get skewed. Sometimes have to be missed.

Therefore I made it a point this year to attend the Femme Fatales panel no matter what! Having been an admirer of this late night adult series about the empowerment of women, I can honestly relate I was more than pleased with the panel. A bonus was that my schedule allowed me to not only attend this fun event, but be able to bring the entire panel here to share with all the fans of Femme Fatales!

Featuring a bevy of talented actors and actresses including series lead Tanit Phoenix who anchors the adventures each week, Femme Fatales is an “anthology series is about powerful, sexy and dangerous women inspired by and styled in the tradition of pulp stories, film noir and graphic novels”.

For those unfamiliar with the series, lots of bad guys deservedly “get it” during the weekly vignettes as our heroes, the women, typically come out of top, often in more ways than one! An enjoyable program, Femme Fatales has captured the late night adult adventure segment on Cinemax with viewers who are looking for something a little spicier than standard network offerings.

In fact millions have enjoyed the adult fun because Femme Fatales is a well written, superbly directed, quality product, filled with fun, humor, comedy and of course, action as the Femme Fatales ladies “kick some ass” each week to dispatch the evil ones among us (mostly male I might add).

In the opinion of this observer, Femme Fatales “fills this bill” regarding a series as a vehicle supporting empowerment of women. Using a classic “Film Noir” environment, the entertainment product is not for women only, but men as well who admire strong female role models. This year it was great that we linked up with the series meeting many of these fine actress whom attended Comic-Con in 2012  to discuss their experience on the series.

Speaking very highly of the sense of empowerment provided in their roles due in no small part to Femme Fatales depicting realistic portrayal of women in positions to “call the shots”, the Femme Fatales panel attendees clearly delighted the fans in attendance. The excitement was palpable with cheers and calls echoed for a third season on Cinemax!

In addition to the panel and recently published video interviews with Madison Dylan, Catherine Annette and Mark Altman, we will bring you additional exclusive interviews with more of the terrific Femme Fatales featuring Tiffany Brouwer, Ashley Noel, Besty Rue, Jennifer Roa and Scheana Marie  this weekend and into next week leading up to the fantastic season two finale.

In each case, during the interviews, and the panel, it was observed, without a doubt, that Femme Fatales has a loyal following evidenced by two successful seasons on Cinemax. All the fans we spoke with after the panel are hoping for a third season renewal and are looking forward to the season two finale on August 10, 2012 followed by the exciting season two DVD release in January 2013!

About to complete it’s second season on Cinemax we were pleased to witness the enthusiasm in the audience about a series with adventures like Chuck and Nikita on steroids, but with a well presented quality adult theme. Thanks Cinemax!

We hope you enjoyed our video coverage of the Femme Fatales panel and thank you for visiting WormholeRiders News Agency. Please feel free to share this article with your friends, co-workers and or family. We would also appreciate your comments. Thanks.

Sat Aug 4 , 2012
Hey Femme Fatales Fans, On Saturday July 14, 2012 during the wonderful Comic-Con 2012 entertainment and geek convention conducted in San Diego California, we had the honor and pleasure of interviewing the terrific Tiffany Brouwer who portrays Holly in the hit Cinemax series Femme Fatales! About to complete it’s second […] 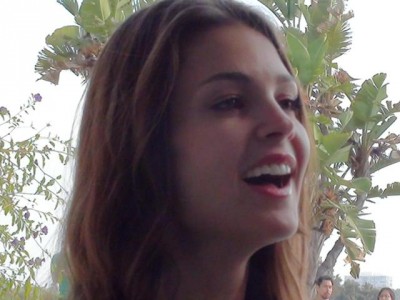