On Saturday July 14, 2012 during the wonderful Comic-Con 2012 entertainment and geek convention conducted in San Diego California, we had the honor and pleasure of interviewing the terrific Tiffany Brouwer who portrays Holly in the hit Cinemax series Femme Fatales!

About to complete it’s second season on Cinemax we were honored to interview this accomplished actress and learn more about her role in the series!

Hello fans and friends. Here we are again with another installment from the ultra cool, kick ass ladies of Femme Fatales!

Let me once again say thanks to all those that have read my other posts in this series so far. It has been a blast reliving the interviews and sharing them with you the fans. In this segment I have the pleasure of interviewing Tiffany Brouwer. 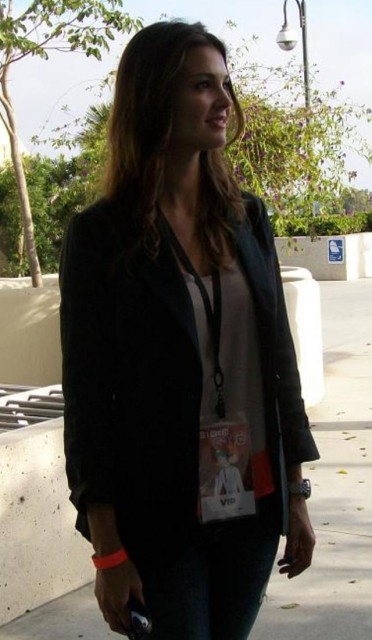 The first thing I noticed about Tiffany was her answer to my first question about the script. She had said that she likes haunted things…a girl after my own heart. I have always been fascinated with the darker elements of movies; I love haunted stories as well.

Playing a demonologist I am sure was an interesting task since it delves into the supernatural world that the show has turned towards. She, like many youngster liked the scary haunted houses at Disneyland or local carnivals. Who wouldn’t? It is a great part of growing up; it teaches you fear and how to overcome it at a young age.

When asked the question of who she thinks was a femme fatale back in the day, she mentions one of my favorites, Michelle Pfeiffer as Cat woman. Indeed there would be no argument from me there. I still think that Michelle’s Cat woman is the BEST one out there to date (although Julie Newmar is still the most iconic).

Which brings me to include Michelle Pfeiffer’s role in The Fabulous Baker Boys is femme fatale at its finest. She did things to that piano that men only dream about, that scene forever one of the best showcases of her fatale-ness ever. 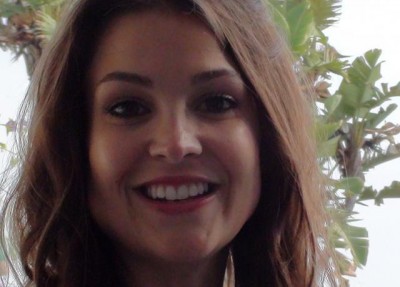 When looking towards the future Tiffany had mentioned the Femme Fatales magazine and a possible feature film in the works which no doubt would be heavily in the noir genre. Also, we are all still waiting with anticipation if the show will be granted a third season…one can only hope. The show has a great following in Europe; one place in particular Tiffany mentions is Barcelona, which is such a great city. It is so great to see shows that have a very America feel that do so well overseas, I love how it is embraced and beloved by millions around the world. 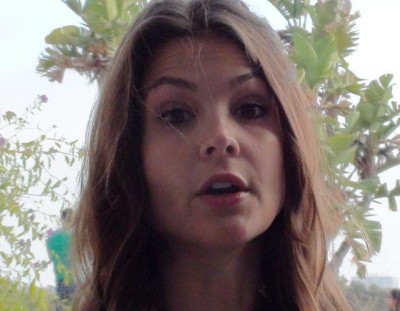 I noticed that almost all the women had remarked that their characters had not started out as femme fatales; it was something that eventually they found within themselves. Is not that always the case? Sometimes it takes a specific incident or person to bring that side out of someone.

I have often thought about the quote that Blanche Dubois says from A Streetcar Named Desire “It was like you suddenly turned a blinding light on something that had always been half in shadow”. I have always loved that quote, it means different things to different people, but to mean it reveals things that have not had the chance to be noticed. 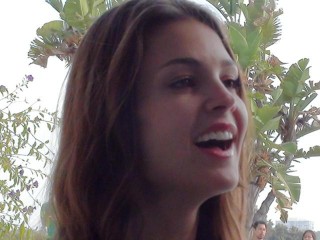 Tiffany had suggested, as did the other girls, how empowering the show is for them and for women in general. She does make a great point, men usually are the ones calling the shots, the ones plotting revenge and getting even. Then again, never underestimate the power of a woman, we can be deadlier than you could possibly imagine.

To me one of the best femme fatales was the La Marquise de Merteuil in Dangerous Liaisons, her quote “I became a virtuoso of deceit. It wasn’t pleasure I was after, it was knowledge. I consulted the strictest moralists to learn how to appear, philosophers to find out what to think and novelists to see what I could get away with. And, in the end, I distilled everything down to one wonderfully simple principle: win or die.” proves that women are ferocious, cross them and pay the price. 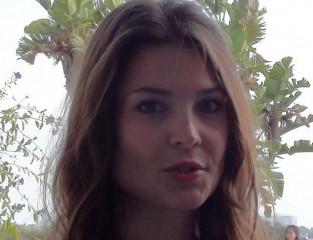 Tiffany indicated Susan Sarandon, Audrey Hepburn and Julia Roberts as the actresses that influenced her life. All strong women, especially Hepburn, find out about her life growing up and you will see a survivor, in every way shape and form.

“Charm, persuasion and seduction,” sounds like a great college course right? Well it happens to be part of the fundamentals of the show as well as each girl.

Empowerment again is a running theme with each interview and each girl stressed it with conviction. I do not think they would be in a show that did not have that kind of message; they are all strong confident women who would show it in every facet of the show.

Well readers, thus ended another great interview with our new favorite show, Femme Fatales. Thanks to Tiffany again for giving us your take on what it is like to be a femme fatale. Here’s hoping a third season is on the horizon.

We hope you enjoyed our interview with Tiffany Brouwer the gifted and gorgeous star of Femme Fatales and thank you for visiting WormholeRiders News Agency.

Mon Aug 6 , 2012
Hey Femme Fatales Fans, On Saturday July 14, 2012 during the wonderful Comic-Con 2012 entertainment and geek convention conducted in San Diego California, we had the honor and pleasure of interviewing the awesome Ashley Noel who portrays Matilda West in the hit Cinemax series Femme Fatales! About to complete it’s […]