Welcome back WormholeRiders to lovers of Legion M and Silicon Valley Comic Con!

We will begin our coverage with the fabled Legion M, a superb success story that began with humble beginnings and high hopes only two short years ago.

Legion M’s first convention was at Silicon Valley Comic Con in March 2016 where #TeamWHR conducted one of the first interviews with the fabulous founders Paul Scanlon and Jeff Annison.

Achieving what many dream about, but few have accomplished, Legion M is now recognized as an emerging titan in the entertainment industry producing high quality films and television series as they shared with Lori during their exclusive interview at SVCC! 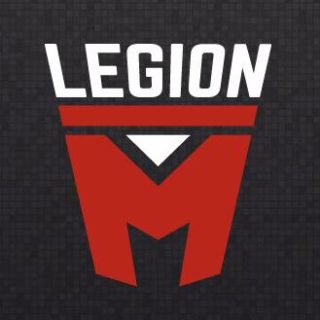 Powered by the fans, Legion M has been involved with several successful projects. Currently “under their belt” these efforts  include Colossal (2017) starring Anne Hathaway, and Mandy (2018) starring legendary Nicolas Cage and Andrea Riseborough well known for her role as Victoria in the outstanding by science fiction hit movie, Oblivion.

Mandy is featured this year at the Cannes Film Festival, with much fanfare. Congratulations to Legion M are in order as Mandy will be available for general release later in 2018. 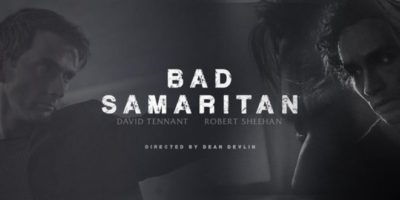 Now in 2018, Legion M offers it’s greatest project effort to date, Bad Samaritan, a fabulous film directed by the legendary Dean Devlin!  Bad Samaritan stars the beloved Doctor Who himself, David Tennant, in a fascinating new role whereby a pair of burglars stumble upon a woman being held captive in a home that they intended to rob! 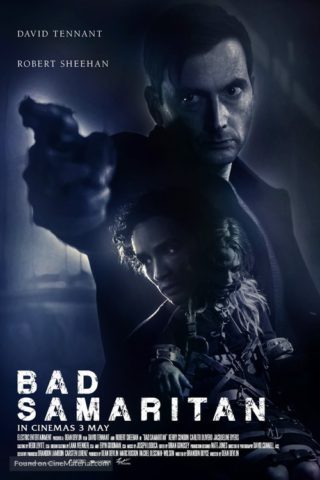 Bad Samaritan is a superb horror thriller film by Electric Entertainment and Legion M that has been hailed as success. Sporting a superb story arc that has been warmly embraced by the fortunate fans who were lucky enough to see an advanced screening at Pop Culture Conventions such as Silicon Valley Comic Con, the excitement surrounding the May 04, 2018 release is palpable on social media and Pop Culture conventions!

Taking a bold step forward, Legion M is the first media company in history designed from the outset to be owned by fans utilizing and leveraging brand-new equity crowdfunding laws that allow individuals to invest as little as $100.00 (USD) to invest in and own a piece of the company.

An entertainment company owned by dedicated, passionate fans, Legion M is more than just a novel idea, it has become the cornerstone in a foundation of a brilliant business model that has proven to not only have the potential to change Hollywood forever, Legion M has changed the entertainment industry!

During our time with Legion M at SVCC we learned from their friendly and professional team members that several more ambitious projects were announced this year at Silicon Valley Comic Con as well as at Comic-Con International’s famed WonderCon, including “Evermor” and “Airship Cowboys”.

Utilizing their unique “Pitch Elevator” as discussed on the official Legion M web site, we are convinced these projects will become a success to rival the accomplishments that Legion M has made manifest since their marvelous mission began in 2016!

We would like to share that it was wonderful to catch up with Jeff and Paul to review their path from humble origins, to success in the entertainment industry!

In closing for now, TeamWHR suggests you visit Legion M at their official web site to join the legions, now over 7,000 strong and become part of a historic fan owned entertainment effort and look forward to more exciting developments from Paul Scanlan and Jeff Annison as they prepare to journey to conventions nationwide and at Comic-Con San Diego 2018!

We look forward to sharing more about the exciting events that unfolded Friday, Saturday and Sunday at Silicon Valley Comic Con 2018! We hope that you will enjoy TeamWHR’s continuing coverage of this outstanding science fiction, pop culture science based convention as Lori Glumac and I whom enjoyed our time at this exquisite event!

Cosplay, Gaming and More at Origins 2017!

Mon May 28 , 2018
Origins is a gaming convention that I have been going to every June in Columbus, Ohio ever since I was little. My family and I spend the whole week at Origins Game Fair where we nerd out and enjoy the convention. I greatly enjoy going every year to see the […] 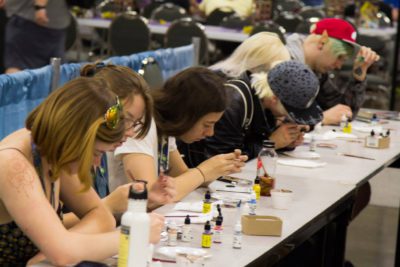