I am excited to write this post. I had the pleasure of attending the first ever Evolution Expo (June 27th – June 29th) in Oakland, California. It was a meeting of the minds, science meets science fiction. It was a fantastic time, learned a lot and had the pleasure of seeing some very cool scientists and some fabulous stars of sci-fi shows that we know and love.

With real scientists on hand to give lectures on a bevy of interesting topics from Commander Wendy Lawrence lecturing about space travel and traveling to Mars to the effects space travel has on the human body. 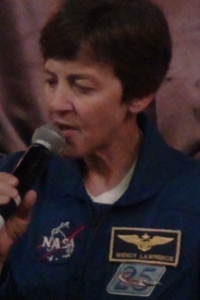 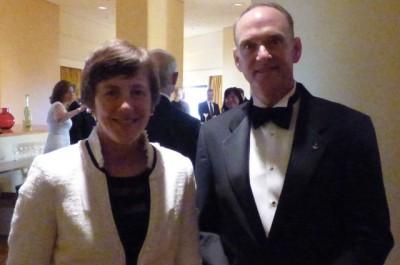 I enjoyed the pleasure of sitting in on the lecture by the famed NASA Commander Lawrence (pictured above left with Joe Edwards from the Charity Gala I was unable to attend).

The science workshop was definitely fascinating and I have a huge respect for the demands (physical, psychological and physiological) space travel has.

Commander Lawrence talked about the radiation levels a normal human endures and the levels that an Astronaut endures. The numbers are staggering, what they won’t don in the name of science. 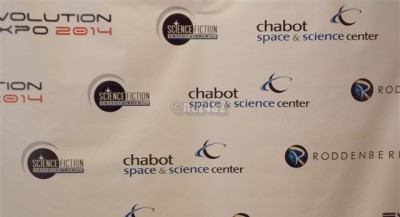 I must admit that when I was in grade school and high school, I liked science a lot, although I never thought I had the significant brain power to become a scientist. I am happy that this kind of convention exists, not only for the geeks, but for those who are on their way to becoming full-fledged geeks.

It was nice to see the Chabot Space and Science Center booth that had some cool gadgets for the kids to play with. It is such an important part of education, especially for young girls and teens. We should always encourage them to reach for the stars…literally. Yes, science is predominantly a male dominated world, but it is slowly becoming more equal. With astronauts like the late Sally Ride and Commander Wendy Lawrence, instead of dreaming about castles and prince charming, they can dream about galaxies far, far away and how to get there. 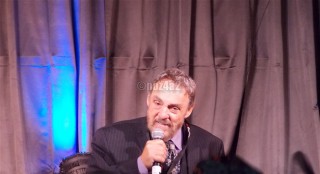 One of the other great highlights was the chance to meet and hear panels with some of the most well-known actors from sci-fi on the big screen and small screen. Among the elite talent was John Rhys-Davies (Lord of the Rings), Amanda Tapping (Stargate SG-1, Sanctuary, etc.), Jason Momoa (Game of Thrones, Conan The Barbarian, Stargate: Atlantis), Mayim Bialik (Big Bang Theory), Ty Olsson (Supernatural), Tom Skerritt & Veronica Cartwright (Alien) and Tim Russ (Star Trek: Voyager)…

It is always fun to listen to the actors 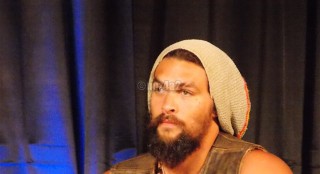 regale their tales of their own sci-fi adventures. It was a great time, because it was done in a great intimate setting where the actors and attendees had the chance to interact. One of the really inspiring things I saw during my time in attendance is “Sanctuary for Kids” Amanda Tapping’s charity that she established to “set out to form a charitable organization that helped children in crisis around the world.” Such an immense cause for the children around the world, it gives them hope and a voice. I strongly encourage you to take a look at their website and donate, 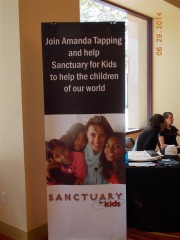 you won’t be sorry.

Being a first year convention, it was nice to see some folks dressed in cosplay, any excuse to dress up, I guess. It is always fun to know that even at smaller conventions, cosplay is alive and well and thriving. I, myself don’t dress up, but I always like seeing all the amazing costumes and the attention to details and the fun that everyone has. 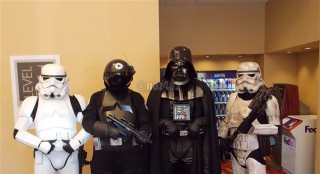 To quote one of the most iconic sci-fi shows in history (presumably the one that started it all) Star Trek, “Space, the final frontier…to explore strange new worlds, to seek out new life and new civilizations, to boldly go where no man has gone before” is the very essence of what this great convention is trying to achieve.

To give hope to current and future generations that they can make a difference, that they can become a scientist and possibly find those new worlds, travel to Mars, come up with ways to grow plants in space and other amazing science driven discoveries in the future.

Well, my fellow scientists, it was a pleasure reporting on this great convention that I hope will be around for many years to come. I hope you are inspired, encouraged, curious and most important hungry for the future of science and the world. Until next year…

I hope you enjoyed my Evolution Expo report from the Oakland Marriott City Center?

Thank you for visiting WormholeRiders News Agency. And thanks to Kenn for video embedding and additional images for my report. I will be back in the future with more on my next adventure, San Diego Comic-Con 2014, starting in a little over a week on July 24, 2014!

Fri Aug 1 , 2014
Hello my fellow Defiance fans! I am posting my Defiance panel/press room extravaganza from Comic-Con 2014. This is one of my favorite panels and one of my favorite shows on TV. I am glad to see that the Syfy Channel is decided to keep this going for yet another season! […] 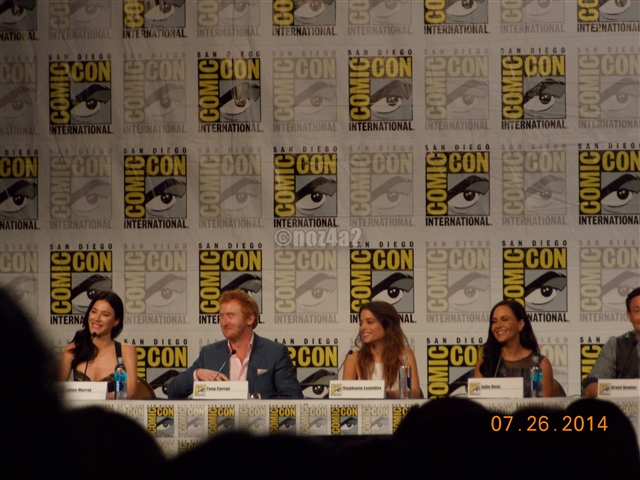