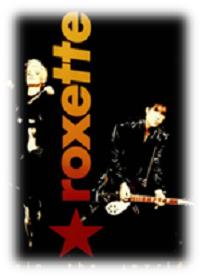 For the first time in 20 years, Roxette has ventured back into the United States and Canada; playing a total of 11 dates between the 2 countries.

I personally have been a fan of Roxette since “The Look” from “Look Sharp” in 1989, at the tender age of 15 – just starting to learn to drive, I then had my tunes set for when I eventually got my license 6 months later… 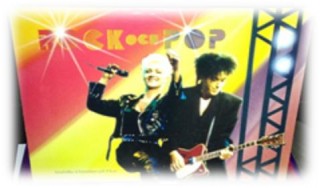 I have a soft spot for Scandinavian artists – a-ha, Roxette, Robin, Sissel, etc.; I am half Norwegian, thanks to my mom, and often vacation in Norway, visiting with our family.

When Roxette took the world by storm in 1989, I needed to know everything, to have everything!

Naturally, the next time I went back to visit, I got my grubby little hands on their first studio release from 1986, “Pearls of Passion”. 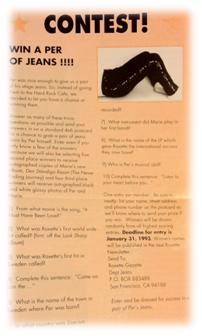 When they embarked on their “Join The Joyride” tour in 1991 (a “baby” tour compared their current monster – starting on September 4, 1991 in Helsinki and concluding on July 22, 1992 in Stockholm, only 108 dates in comparison) I HAD to go when they came to town.

Flash forward 4 months, and the day after graduating from high school, I was on a plane bound for Norway, staying with relatives, attending school, playing soccer, and enjoying life. 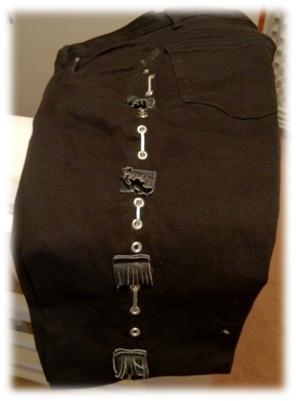 While overseas, I often found myself in Sweden as well, seeing as my mother’s home is literally on the border between Norway and Sweden; it is full of its own history (from WWII), but that is a different tale for a different time.

One weekend, my aunt and I were in Strömstadt, Sweden, and I slipped into their local post office to add an item to my Roxette collection.  In 1991, the Swedish government issued postage stamps (pictured below left) that included Roxette, Lena Philipsson, and Jerry Williams aka Sven Erik Fernström.

Before I had left for Norway, I would not be a fan of Roxette if I had not joined the fan club, duh! So, while in Norway, I continued to receive the newsletter, and one afternoon, my grandfather gave me my mail of the day which included the latest issue of the newsletter. 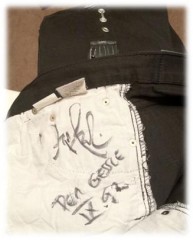 Within this newsletter was a contest to win a “Per of Pants” (referring to Per Gessle), and thus my nerd began to show itself.  FAR from “stalker status”, there was A LOT I DID know about Roxette, so I entered the contest THAT AFTERNOON – I was trying to account for “time in transit” of the international postal services in 1992, and I SOOOOOOO wanted to get my entry in on time and I SOOOOOOOO wanted to win those pants!!

Now remember, computers had not caught on to the extent of the media that we use today – I know I basically only used a computer as a word processor, for writing school reports, etc.  There was no instant internet to speak of, no email, no Wikipedia; if I wanted to look something up, I had to find the book that it was written, find a blurb in a magazine, try to remember if and where I had seen something of value. 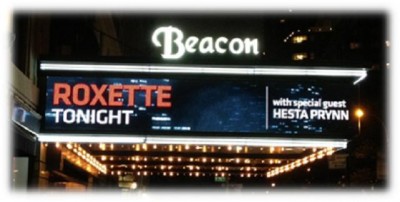 I tried my hardest to answer those 10 questions to the best of my Roxette “know-ability”, and wouldn’t you know it, I WON!! I WON the autographed pair of Per’s pants, used while on the Joyride tour!!! I then had to try to explain (in broken Norwegian) to my old world grandfather why I want another man’s pants…

So here we go, another flash forward, to a few weeks ago, Sunday, September 2, 2012 to be exact.  Roxette was in town, again, FINALLY, this time I am living on the east coast, so I was fortunate enough to catch them at the iconic Beacon Theatre in New York City.

Seeing Roxette in concert was only the “end” of my evening.  Having participated in another trivia contest a few days prior, this time I had won myself a “Meet & Greet” with Per and Marie before the concert!!

Another 10 questions, this time looking for speed and accuracy – first reply “in” with the correct answers, and truth be told, I actually had to look up 2 answers…

This particular evening, I was donning a certain “Per” of pants, my husband I left for the city, and caught up with a group of fans before heading to the theatre for the “Meet & Greet”.

Standing in the line, there were 11 of us in our group, one by one we all began to get nervous.  For many of us, Roxette are icons, symbols of our youth, STARS! Meeting them brought many of us to a loss of words; my only regret was that I could not muster the courage to ask Per, in Norwegian of course, if he remembered his pants from 20 years earlier. 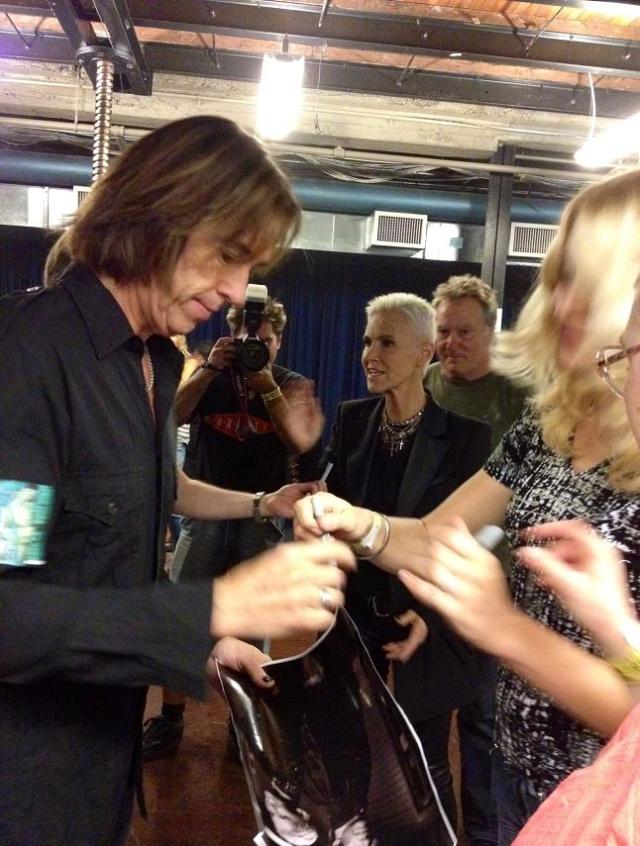 I did manage to get a hug in with Marie, only after she had signed the Roxette postcard that came in the package of the postage stamps from many years ago, and Marie Fredriksson had actually commented that, “oh my, these are old”.

Under the exciting and mind blowing circumstances, I rose to the occasion managing to squeak out that I had had them for a very long time!

The Roxette Meet and Greet was very brief, but a it was a brief brush with celebrity and fame; a brush that once again reminded me that these two icons of my youth are also people, human beings, just like us, though leading extraordinary lives in the music entertainment industry. 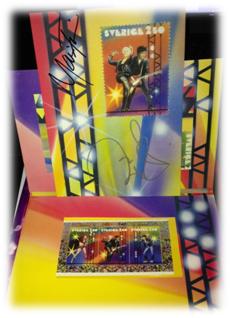 In the weeks and days leading up to the concert, I had started to obsesses  over Roxette, reading reviews, watching videos of concerts and interviews with Per, there was a thirst that needed quenching.

I was looking for a chink in the armor, some kind of fault, something that was not right.  I did not know what to expect, I was expecting the worst, and hoping for the best, after all that Marie has endured the past 10 years or so, I really wanted to see her succeed, to see the band from 20 years ago.

Roxette has done neither, they have matured!  In the articles that I did read, and the interviews that I did watch, it was always Per commenting on how Roxette’s return was all on Marie’s timetable, on how he had pretty much all but given up on Roxette, given Marie’s chances of survival from her particular kind of cancer.

In a more recent interview, one given to the Swedish Daily “Aftonbladet”, Per can be quoted as saying that “this tour has been the best thing for Marie, that this tour has managed to get her back into form, into shape”.

It really was an incredible concert, one might think that after 132 performances, they would practically be worn out…if they were, you would never have known it!!!

I mean for cying out loud, Marie is 54 and survived brain cancer, and Per is 53; the other band members range in age from 55 to 38, none of them particularly being a spring chicken.  But wow, I cant say that word enough, WOW!!!!  I’m thinking that we were treated to the concert of my lifetime, it was AWESOME!!!!

Per and Christoffer Lundquist (the other guitarist) were ALL OVER THE STAGE, they fed the crowd the energy instead of the 2 of them feeding off the crowd’s energy – I tell you, I was tired at the end of the show just watching them!!!

And the back up vocalist, Dea Norberg, it was like she was using an imaginary jump rope all night, for the almost 2 hours of the show, I think she stopped jumping for maybe a total of 15 minutes. 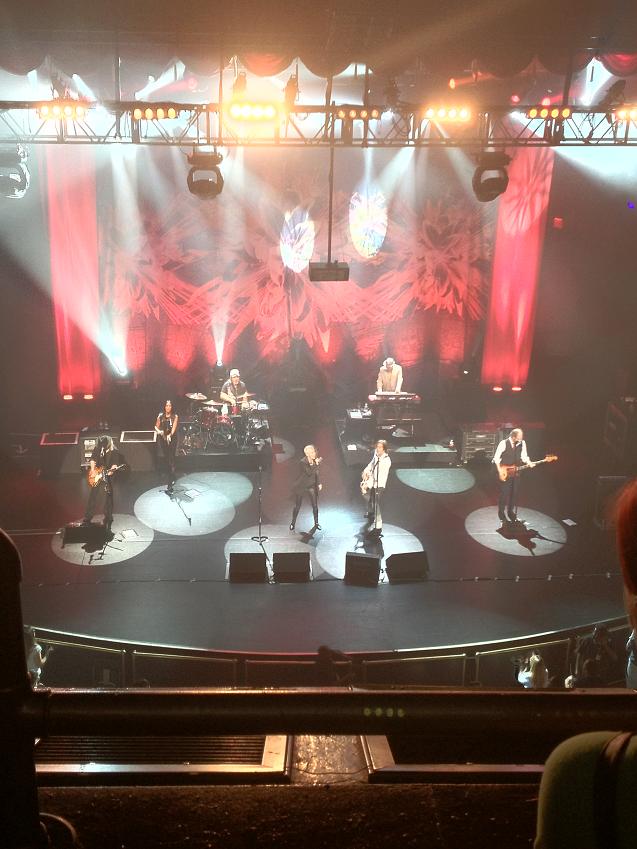 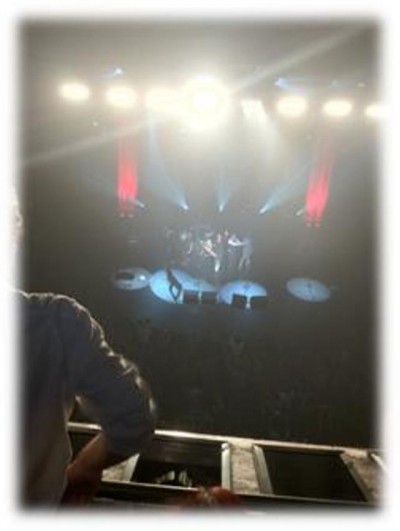 And there is no such thing as ego, I don’t think that any member of Roxette even knows that word, all are so humbled and so happy to just be out on stage performing.

I would have to say that the band was ready for NYC, and I think that the crowd was ready for them, after all, WE HAVE WAITED FOR 20 YEARS FOR ROXETTE TO COME BACK TO THE STATES!!!

There was a funny moment when Per interacted with the crowd, talking to us about how we look the same, just 20 years older!! It was great!!

I want to say that the crowd drowned out the band, especially in the encores, there were a few acapella parts that the band had the crowd sing, and I think that we surprised them, the crowd was so interactive, we complimented each other.

Playing at The Beacon, they got the good crowd they were looking for, and we, the crowd, got the sound and show that we were after.  Sure, they have aged, but as I said earlier, they have matured. 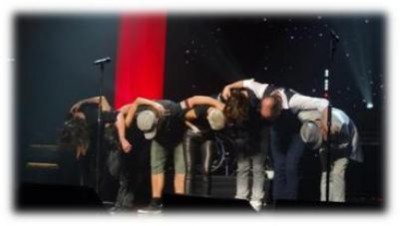 Their Roxette repertoire focused on their greatest hits, plus 2 new songs, for a total of nineteen (19) songs, with a little tweaking of the arrangements here and there.  Marie may not be able to hit all the high notes all the time, but, MY GOD, that lady can perform!!!!

The show started with “Dressed For Success”, and ended with an “unplugged” performance of “Church of Your Heart”, accompanied only by acoustic guitars, a tambourine, and a triangle.

During the encore, which consisted of “Listen To Your Heart”, “The Look”, and “Church Of Your Heart”, I could swear I was back in California at the Earthquake ride at Universal Studios – we were in the Lower BALCONY section of the theatre! 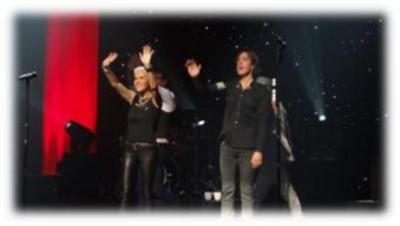 I capitalized BALCONY because I swear we were going to fall to onto the crowd below!  The balcony was shaking from the crowd, from the dancing, jumping, and singing of the crowd.

I will say this again, this was the BEST SHOW I have ever been to!!!  They may have matured over the past 20 years, and so have we, but that concert had a way of transporting me back 20 years ago.

The band took a bow, and then Per & Marie left the stage, walking off  to the heartfelt and rousing applause from the crowd, pausing once to turn and take another bow, and then exiting stage right (to them, it was stage left to us).  They are each others rock, each getting from their relationship only what each needs, never wanting for more. 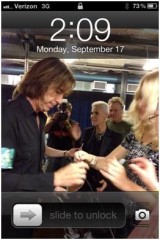 It went by in the blink of an eye, but there’s not a day that doesn’t go by that I am not reflecting and not rewinding the concert in my mind.  My meeting with Roxette has currently usurped my kids on the lock screen of my phone, sorry, überfan here, I cannot help it!!  As they say, “It is Possible” when “Opportunity Nox” and if you are “Dressed For Success” then you’ve got “The Look” and you are ready for the “Joyride”….

Thanks to Kenn for final audio, video re-mastering and image staging, and many thanks to you for reading and for visiting WormholeRiders News Agency to read about our review of “Roxette NYC 2012″ concert at the wonderful Beacon Theatre in New York City!

Sat Sep 22 , 2012
Hey there, Stargate, James Bond and audio book fans! On Sunday September, 23, 2012 we will be honored to interview a legend in the entertainment and arctic worlds, Barry Campbell, who is currently working on developing a series of audio books on various topics of interest that he will discuss […] 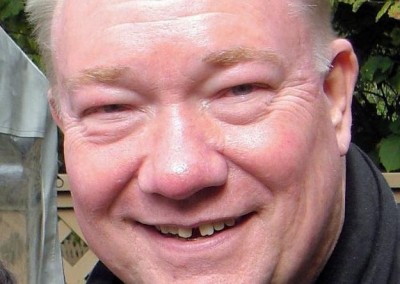