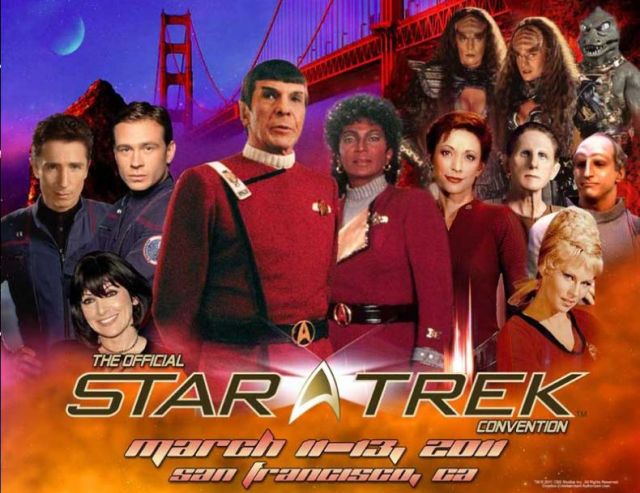 I am still reeling from my fantastic experience at the San Francisco Star Trek Convention last weekend, brought to us by the wonderful people at Creation Entertainment. In fact, it was so good that I just might hop down to Las Vegas for the Star Trek con in August, the next one within a few hundred miles of my home. It would definitely be worth the journey. Here are some highlights from my ST weekend.

Richard Arnold started things rolling with a terrific slide presentation that included lots and lots of photographs taken on the set of the original Star Trek series. Richard was Gene Roddenberry’s assistant for many years and is a treasure trove of background information on classic episodes, iconic characters, and the cast and crew. 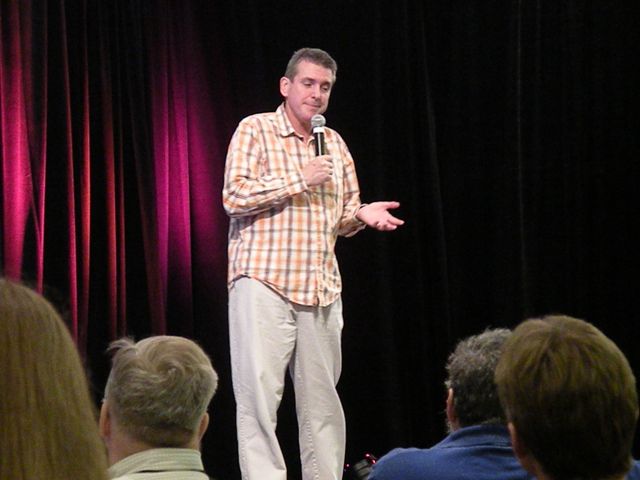 Eric Menyuk was up next, who played the Traveler on Star Trek TNG. The Traveler, so called because his name is unpronounceable by humans, first appeared in Season 1, Episode 6, Where No One Has Gone Before. Eric was wonderfully entertaining on the convention stage and came back later to host the Karaoke Party. 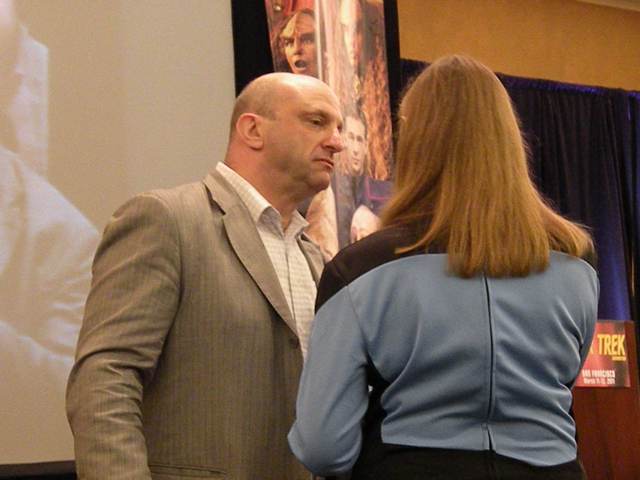 One of my favorite convention activities is the Yes/No trivia game. Whether I am playing on stage or watching from the audience, it is a lot of fun to see if I know the answers to the trivia questions. There were three rounds on Friday, with the winners of Round 1 and Round 2 facing off at the end of Round 3. It was all very exciting. Plus, in addition to hundreds of dollars worth of merchandise, the winner received a Klingon makeover by Star Trek makeup artist John Paladin, live on stage. 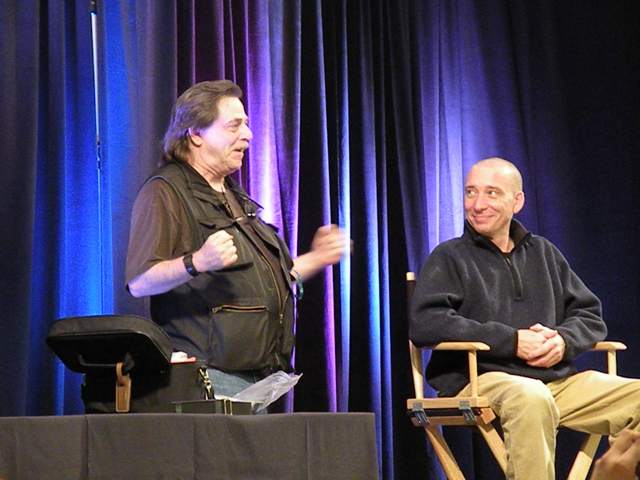 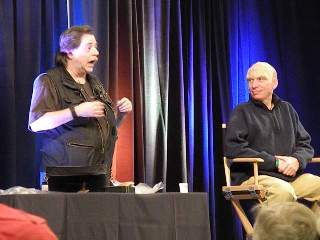 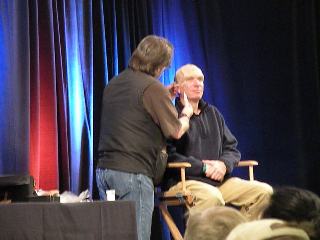 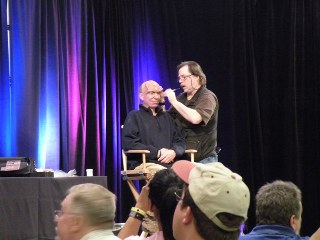 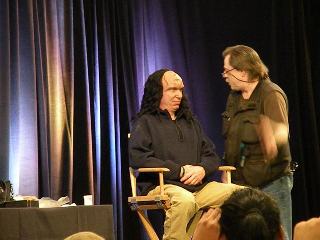 Next up was a very special appearance by Jane Wiedlin. Jane was the alien communications officer Trillya in Star Trek IV: The Voyage Home. She is probably best known for being a founding member of The Go-Go’s. Jane is diminutive, has a high, clear voice, and a charming personality on stage. She shared a lot of stories about her life and work experiences and I was completely taken with her. Some of my favorite stories were: 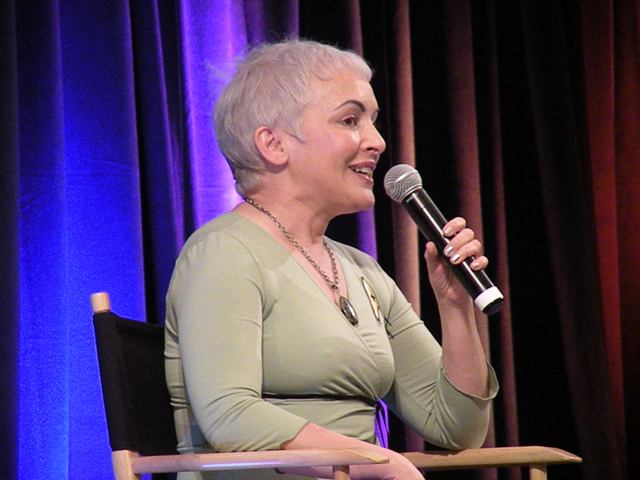 Next up on stage was a lovely Q&A with Grace Lee Whitney, hosted by Creation’s own Adam Malin. Grace talked openly about her long and rich experience as a movie and TV actress (I didn’t know she was in Some Like It Hot! That is one of my favorite movies ever.). She has worked with an amazing list of name actors over the span of her career and kept us all very entertained with stories about her experiences in Star Trek and beyond. 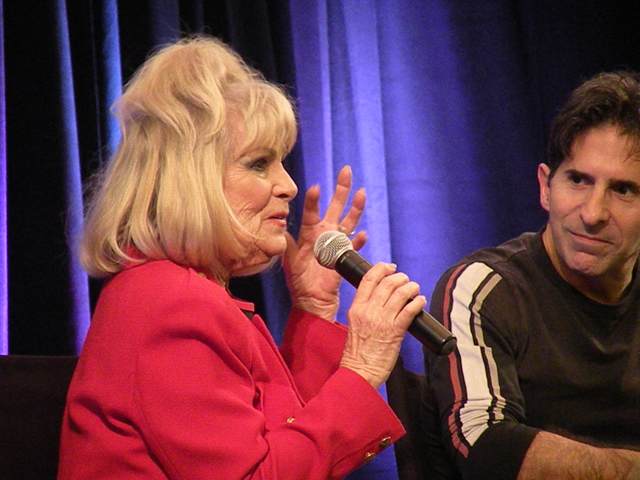 I attended the Friday Night Karaoke Party which is always a blast. Thank you to all the audience members that got up there and sang. There were some fantastic voices (and some not so fantastic, but that doesn’t matter) and some even more fantastic performances. One woman so completely rocked the Tina Turner version of Proud Mary that we were all jumping out of our seats. Creation staffers joined in the fun. Thank you DJ Eric, Stephanie, and Adam! 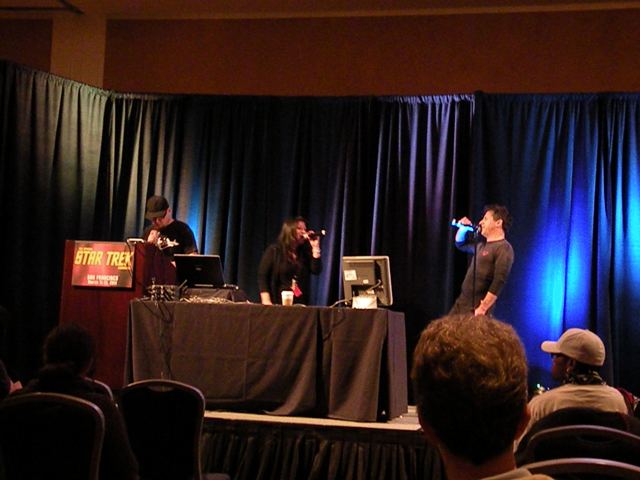 The next day (Saturday) the place was packed (I believe General Admission tickets, if not ever seat in the house, were sold out for that day).

Nichelle Nichols was absolutely stunning. I could sit at her feet and listen to her speak all day. The Q&A was hosted by Creation’s Adam Malin and it was wonderful. Many of the fans took their turn at the microphone to tell Nichelle how much they loved and appreciated her, and how grateful they were for her willingness to take on the role of Uhura. Actually, Nichelle told us that she nearly left the show early on but was persuaded by Dr. Martin Luther King, Jr. to stick with it. 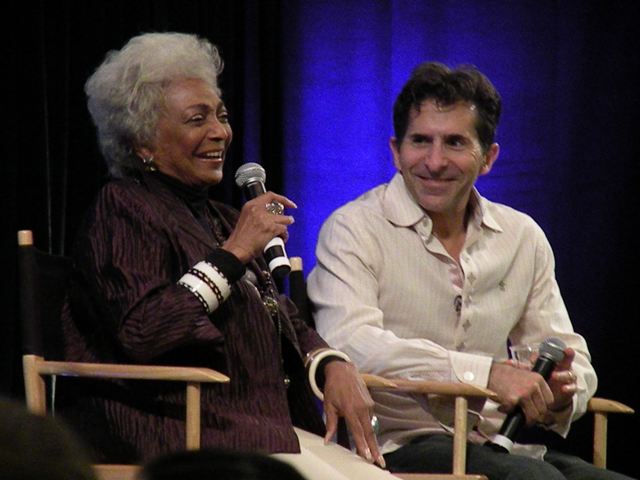 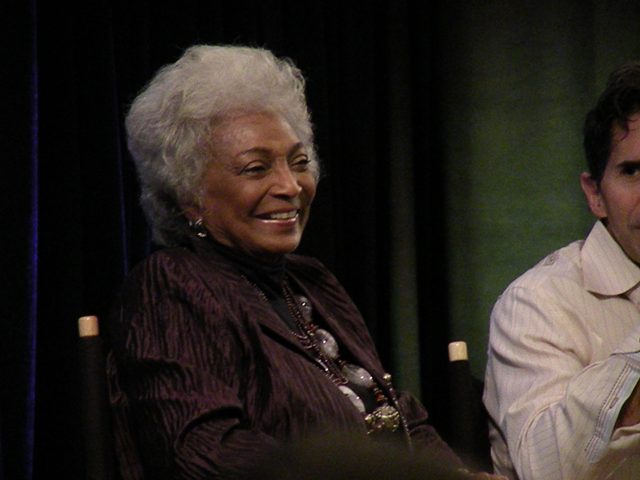 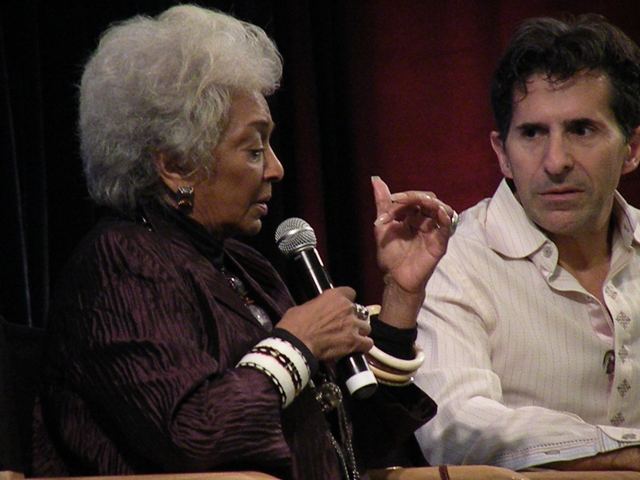 The fabulous Duras Sisters, Gwynyth Walsh and Barbara March, appeared on stage in full Klingon costume and makeup, which they said they hadn’t worn for 20 years. 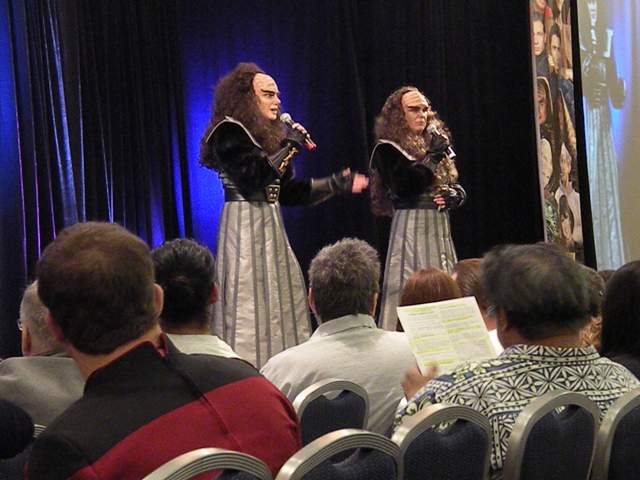 Then it was time for the great Leonard Nimoy. Leonard came prepared with a slide presentation documenting the arc of his career including some of his earlier roles, his experiences on Star Trek, his inspiration for the Vulcan salute, and more. 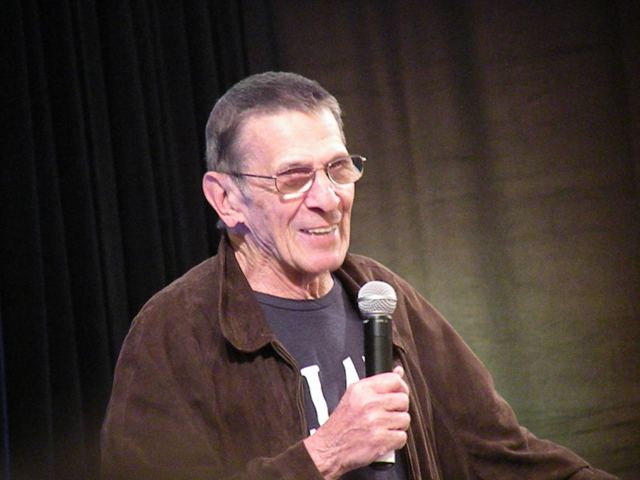 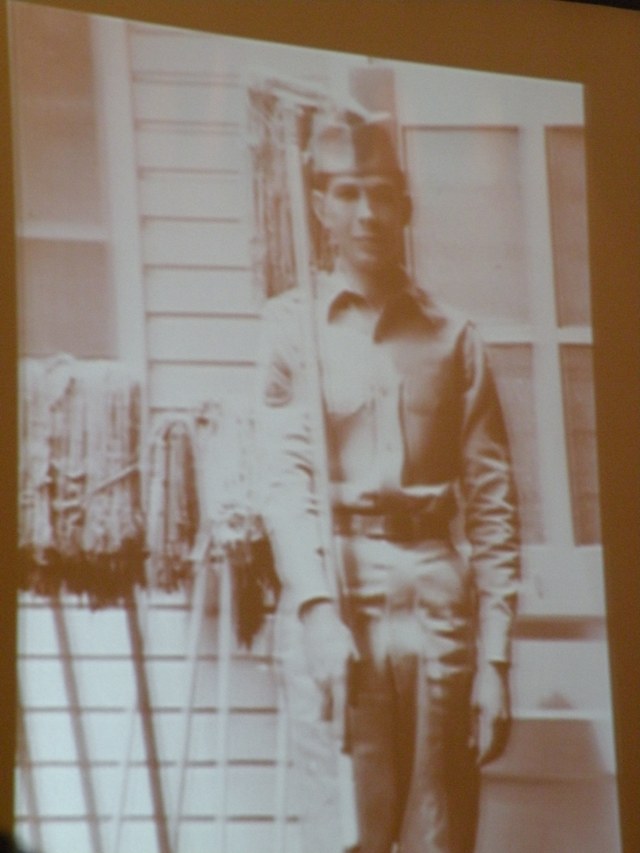 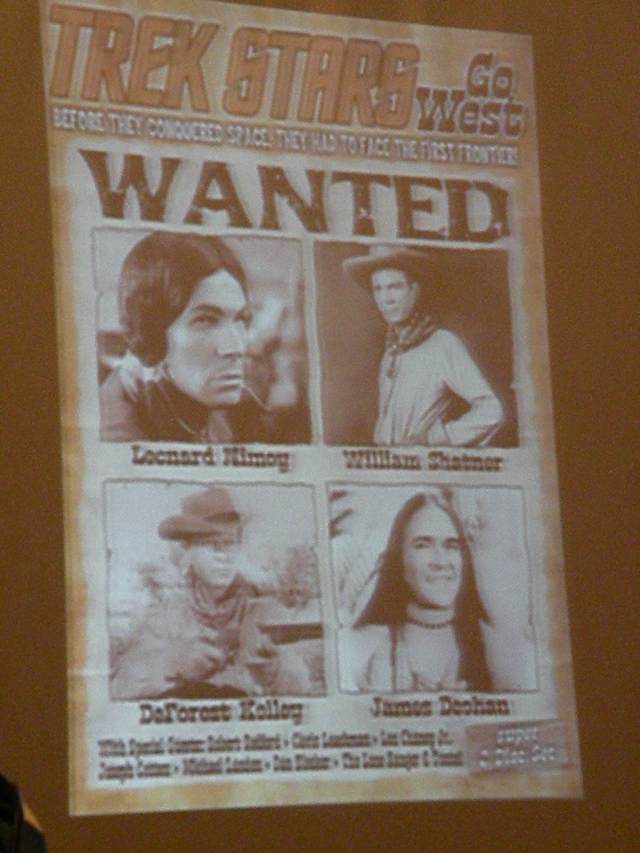 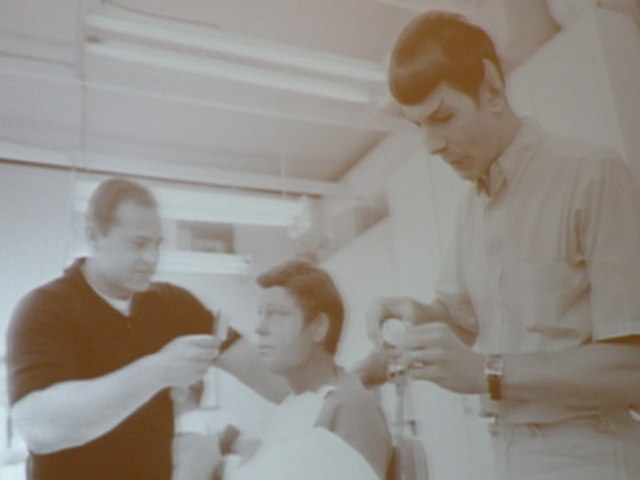 After his Q&A, Leonard Nimoy offered a photography seminar for a modest fee.

The Saturday Night Celebrity Cabaret was a big surprise. Usually a venue for songs and jokes, this one started out with a Dominic Keating comedy routine but included a reading from Macbeth by Barbara March and her husband, Alan Scarfe (Admiral Mendak and Tokath on Star Trek:TNG). I was not sure how the Shakespeare would play in that particular venue, but even with the music from the wedding reception next door bleeding through the walls, the performance was so powerful that the entire audience was stunned. I feel very lucky to have been in the audience for this rare opportunity. 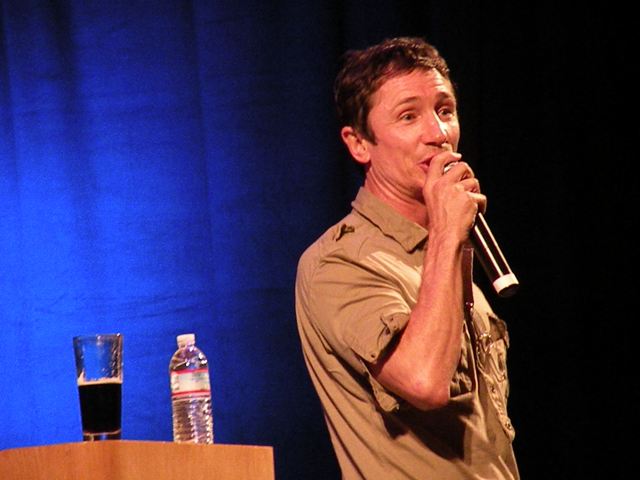 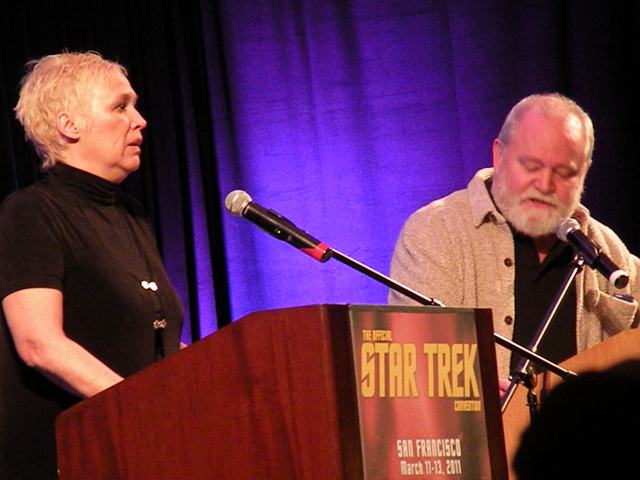 The night was capped off with a Celebrity Ice Cream & Cocktail Party and Centerpiece Contest with Connor Trinneer, Dominic Keating, Barbara March, and Gwynyth Walsh. Each of the actors came individually to every table and sat with us for 5-10 minutes, a chance for us to talk with them in a more intimate setting that the auditorium. I wished that the background music had been a little more background. It was sometimes difficult to carry on a conversation and people across the table from the stars had trouble hearing and being heard. Still, it was fantastic to sit down with these great actors and bask in their presence for just a few minutes. 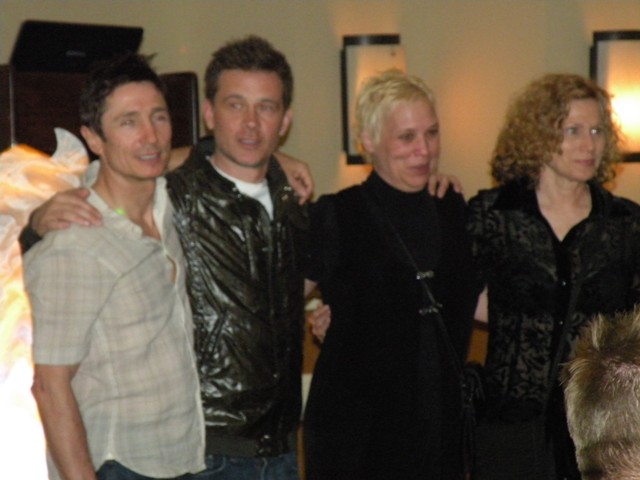 On Sunday morning some of the audience had gone home, leaving the rest of us with a little more elbow room and exclusive access to the collectibles and other goodies in the vendor room. There were so many wonderful items for sale that it was hard to keep from going crazy in there. I did come home with a few choice items and a few more websites from which I plan to order.

Barry Jenner was up first in the auditorium but I missed his Q&A because I was shopping in the vendor room and lost track of the time. Drat!

I did, however, get back to the auditorium in time to see Connor Trinneer and Dominic Keating, the so-called “bad boys” of Star Trek: Enteprise. They both shared some very funny stories about the audition process for Enterprise, favorite on- and off-camera moments, shenanigans on the set, and how great it was to work with castmembers from other Star Trek series. Dominic was told he looks like Martin Short and David Duchovny; someone told Connor he could play George W. Bush in a movie, and Connor responded by doing a fantastic George Bush impression. Hilarious! 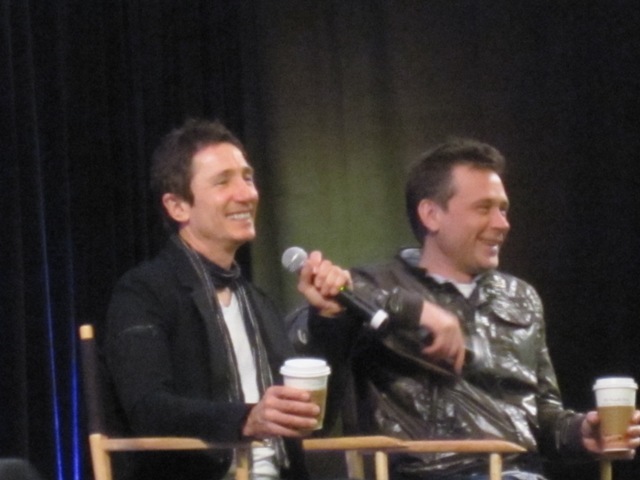 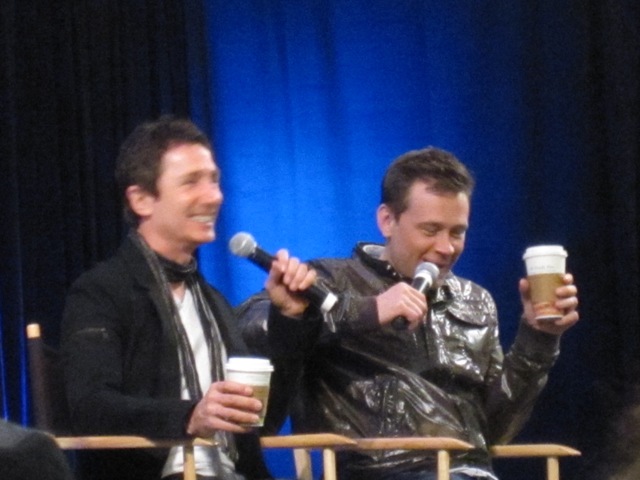 Connor also talked a little bit about his experience on Stargate Atlantis. He said the most interesting thing for him about playing Michael on SGA was the transformation process to become that character, both externally with costume and makeup, but also internally as he shifted from being Connor to being Michael.

Connor and Dominic are both still in touch with several members of the Enterprise cast, and they still attend Scott Bakula’s annual Christmas party. (And by the way, they said Bakula will be coming out to appear at some upcoming conventions. Yippee!)

I missed Bobby Clark’s Q&A, darn it. Bobby played the Gorn in the original Star Trek series. I did get to see him at his booth in the vendor room, though.

One of the real highlights of the weekend for me was Rene Auberjonois and Nana Visitor performing a new piece, a reading of poems and prose called “Cross Our Hearts.” They only had 45 minutes on stage and had prepared for an hour, so they had to trim it down a little. This made me very sad because I wanted it to go on and on. It was really fantastic and I highly recommend you take any opportunity you have to see it. I understand they will be repeating the performance at the Las Vegas, New Jersey, and (I think) Vancouver conventions.

After a break for photo ops and some music videos, Nana and Rene were back on stage for their Q&A. They were so engaging that I completely forgot to take notes! 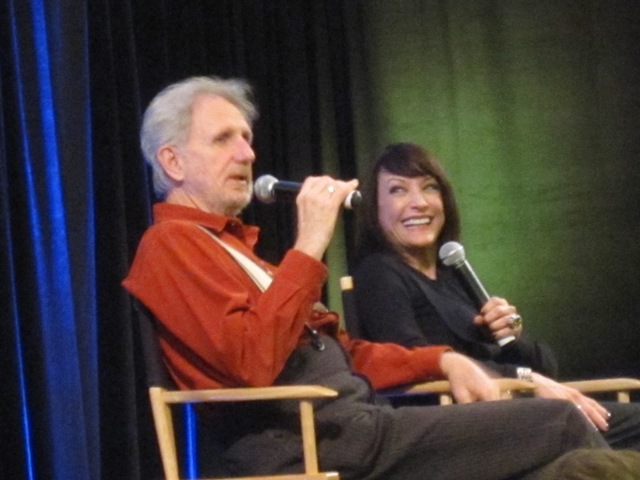 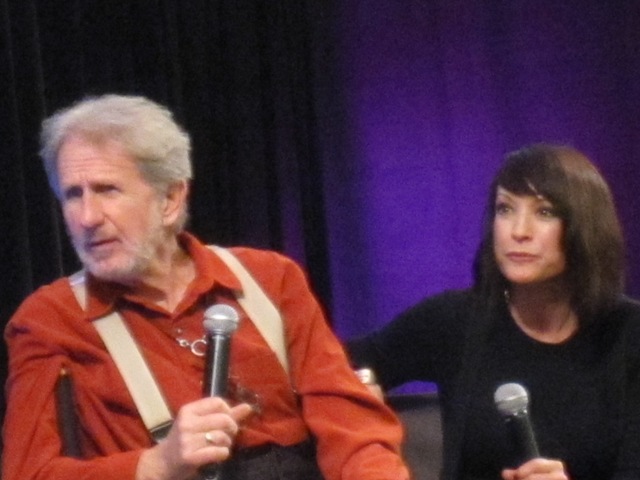 If you are a fan of any or all of the Star Trek series but have never been to a Star Trek convention, make up your mind to do it, and do it soon. There is nothing quite like a Star Trek con. 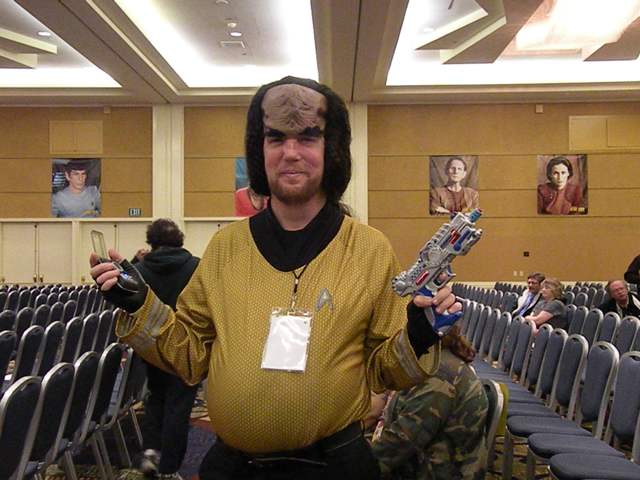 Fri Mar 25 , 2011
Hello again Stargate and Creation Entertainment fans, This was my third consecutive year attending Creation Entertainment’s Stargate Convention in Chicago and I have to say it was definitely the best yet. Not only was the guest line up fantastic, the atmosphere and overall feel of the convention was amazing as […] 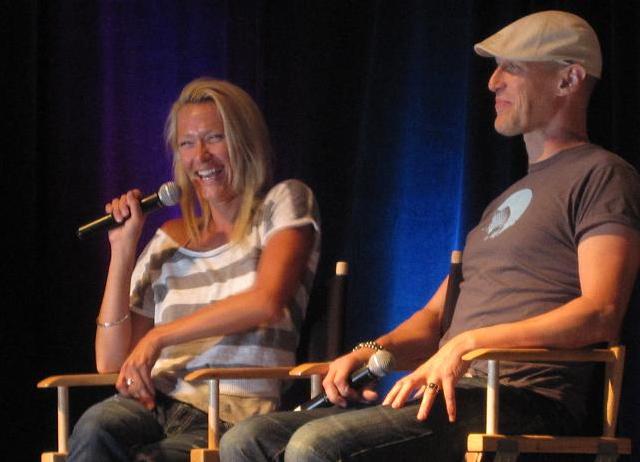