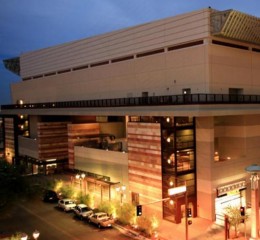 Even though the economy is not doing too well, people chose to attend the convention, whether they were local residents, traveling from the east coast of the United States, or around the world for the fun in Phoenix Arizona, May 24-27 2012!

People, both celebrities and fans came from all over the world to visit the Phoenix Convention Center to see actors from various television shows. Science fiction fans came to the event so that they could dress up in their favorite Cosplay costumes.

Many dressed up as characters from graphic novels, comics, anime, and television series. Some came just to play their favorite video games. 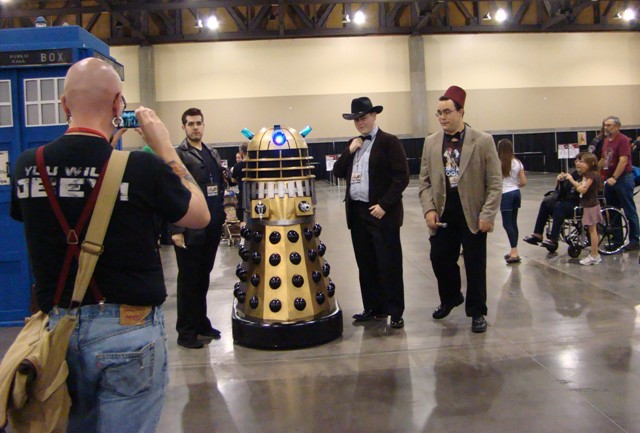 The major attention grabbers of this convention were cast members from Star Trek The Next Generation and Eureka (Saturday). Science fiction legend William Shatner of Star Trek TOS also appeared on Saturday. The one-hour panels for the shows were held in the main ballroom which had a seating capacity of 4,000.

All of the Phoenix Comicon panels including Eureka featuring Jamie Paglia, Colin Ferguson, Salli Richardson-Whitfield, Debrah Farentino, and Wil Wheaton were at 100% capacity! 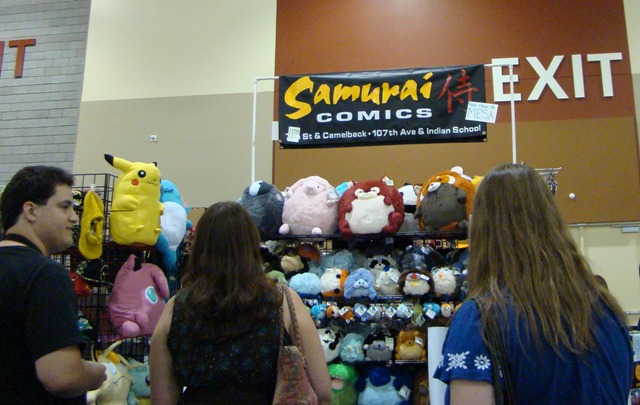 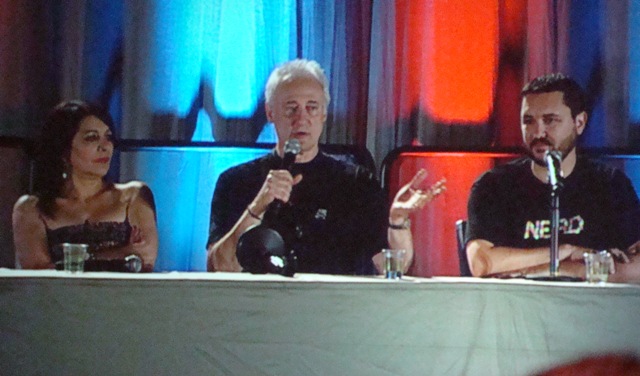 Another panel that met capacity was the “Women of Sci Fi” panel. Dina Meyer of Starship Troopers, Debrah Farentino of Eureka and Earth 2, Salli Richardson-Whitfield of Eureka and Stargate SG-1, and, of course Erin Gray of Buck Rogers in the 25th Century were in attendance. Debrah mentioned gleefully that this was her first convention. 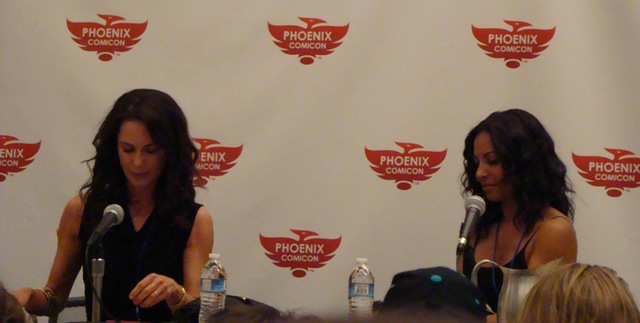 Not only is it the 25th anniversary of Star Trek The Next Generation, it is the 15th anniversary of Starship Troopers. Casper Van Dien and Dina Meyer were the panelists for this science fiction classic. I missed this panel in the ballroom due to a panel conflict with Herbert Jefferson Jr. who played Boomer on the original Battlestar Galactica series, however we include a portion of the panel below for your enjoyment. 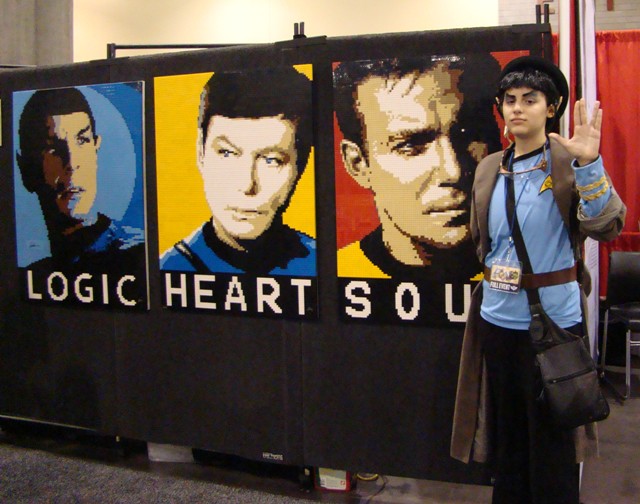 Memorable Moments From the Panels: 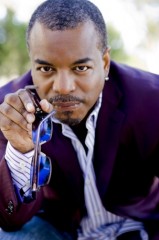 Levar Burton announced an “app” that will be available for tablets and other devices so children can access his series Reading Rainbow. 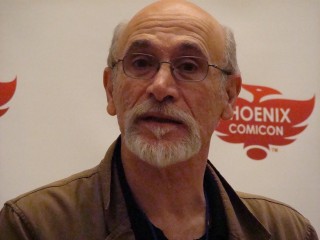 Tony Amendola who said he has a love of theater, mentioned that it was never a good idea to be downwind from Chris Judge when filming Stargate SG-1.

At the Women of Sci Fi panel it was absolutely awesome to see Dina, Debrah, Salli, and Erin onstage together.

Michael Dorn said that he wants to produce and star in a Star Trek television movie or DVD where Worf is captain of his own ship.

Colin Ferguson mentioned that he has auditioned for a role as Herman Munster and then he did an impersonation of the character. 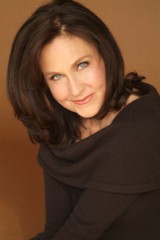 Erin Gray said she was honored to play a female lead in a television series at a time when it was shunned. She was a domestic violence survivor from her first marriage.
Herbert Jefferson Jr. said that the original Battlestar Galacticacast members would not object to appearing in another BSG movie or series.

William Shatner commented on one of his first television acting roles in the original Twilight Zone series. He talked about how he re-enacts the scene in the airplane when traveling with his family.

During the Eureka panel when Jaime Paglia, Colin Ferguson, Salli 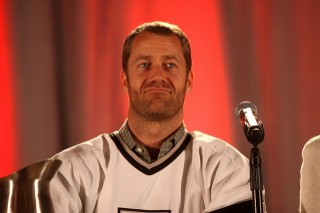 Richardson-Whitfield, Debrah Farentino and Wil Wheaton walked out onstage, the crowd booed because Colin and Wil were wearing LA Kings hockey jerseys. That is just not done in Phoenix Coyote country!

Tony Amendola of Stargate SG-1 ended up as a panel of one because Alexis Cruz, who was to co-host the panel had to cancel his convention appearance. However it is always nice to see Master Bra’tac. Tony did a great job!

Star Trek The Next Generation celebrated the 25th anniversary of the series at the convention. Marina Sirtis said in her panel on Saturday that her worst moment in TNG was being raped twice: once in the series and then in the movie Nemesis. 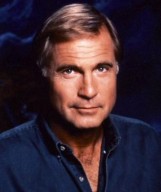 Gil Gerard of Buck Rogers in the 25th Century said that he shut down production of Buck Rogers to make sure background performers included women as crew members. He thought it was not right that Erin Gray was the only female on set, and only in a military role.

He also said that the Buck Rogers series is not owned by any studio and so he is writing a four-book story arc that goes back in time to find out what happens to Earth during the 500 years Buck was in suspended animation before arriving in the 25th century. 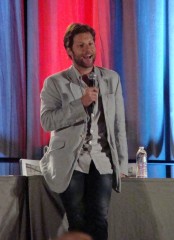 Wil Wheaton said that Phoenix Comicon is the best run and organized convention he has attended.

On the Battlestar Galactica panel with Jamie Bamber, he said his daughter is bilingual. She speaks American-English and Anglo-English.

Closing my report on the fantastic fun this year, we include a fun look from inside Phoenix Comicon at the elegantly appointed Phoenix Convention Center. The venue is a place of pure enjoyment!

I hope you have enjoyed my first convention news article. Special thanks to Patricia for helping with this report and to Kenn for final image staging and audio/video embedding.

As always thank you for visiting WormholeRiders News Agency. Please feel free to share this news article by clicking one of the social media icons below.

You may also leave a spam free comment or question here, or feel free to visit and chat with us on Twitter by clicking the avatars or the text links in this news article. Thank you. 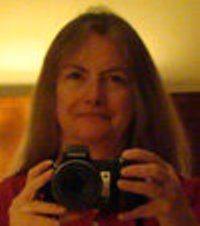 Sat Jun 9 , 2012
Welcome to Origins Game Fair in Columbus, Ohio! This game fair is put on and run by the Game Manufacturers Association (GAMA). It began as an outlet serving gaming of all kinds – miniatures gaming, board gaming, collectible card games, LARPing, role-playing, and many other fun activities! Second only in […] 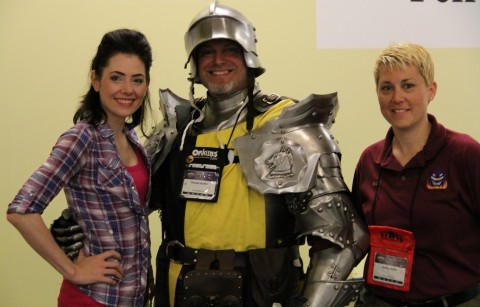