On Saturday July 14, 2012 during the wonderful Comic-Con 2012 entertainment and geek convention conducted in San Diego California, we had the honor and pleasure of interviewing the superb series star Scheana Marie who portrays the recurring character “Angel” from the hit Cinemax series Femme Fatales airing the season two finale this Friday! 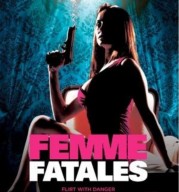 Well friends we have come to the end of an era, the last interview with the amazing cast of Femme Fatales. It has been a pleasure to interview these lovely women and I wish them all the best of luck in the future…hopefully a season 3 will be part of that future.

Now, as the saying goes, on with the show…Scheana Marie was the last of the girls to give me her time and attention and I appreciate it. Her energy rivaled Madison Dylan’s with her enthusiasm for the series. 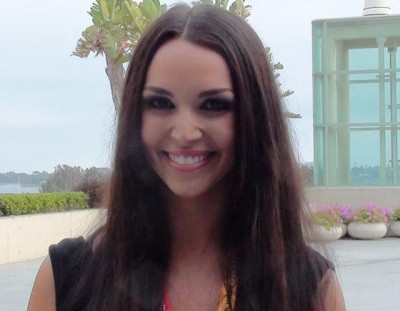 Her first glance at the script, the character she was reading for did not suit her at all. She was more like ‘Angel’ but the producers gave her as something different.

That is usually the case when it comes to auditions; you read for one part and end up getting the exact opposite. Sometimes it can be a blessing in disguise, sometimes a total nightmare.

As an actor, though, you must be able to adapt to whatever the script calls for and, luckily, Scheana was able to do just that. 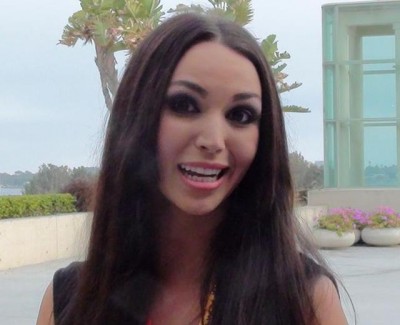 Once again Angelina Jolie topped the list of modern day femme fatales…it must be hard being at the top of the list. Scheana also mentioned Megan Fox, who I think is still young and has her whole life ahead of her to hone that femme fatale in her. Both ladies are sexy and dangerous, as Scheana mentioned the thing that we normal women long to be one day.

The women have the power…haven’t we always? It is great to see a show where the women certainly DO have the power, it isn’t just talk it is the truth. Throughout all of the interviews, the girls all related the same thing; it’s the powerful women that are in charge. They are the ones calling the shots and telling the men what to do. Men often underestimate the power that women have, that we can rule empires and successfully too (sometimes better than the men!) 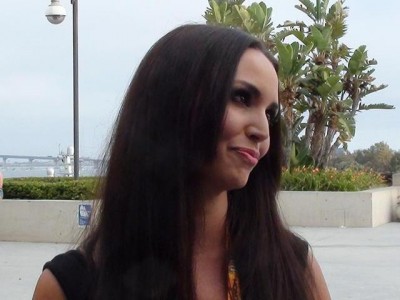 Scheana’s mother is her influence in her life that taught her to be a strong woman. Apparently diamonds are not this girl’s best friend, her mother is. That is great that Scheana had said that when SHE becomes a mother she wants to be like her mom. I’d like to meet this great lady, she sounds like a strong, powerful woman.

I liked how Scheana said that even though she has a younger sister, she is not allowed to watch femme fatales…yet.

I am glad that Scheana is weaning her sister into the ways of womanhood. I think that is great that she is looking out for her and making sure that she becomes the powerful woman that her sister is.

Her fantasy actor that she would like to see on the show is a Ryan Reynolds-type…well I say why not that funny Canuck himself? I like how she said that there are so many beautiful women on the show but not quite as many men…I guess she wants to give the guys a fighting chance. 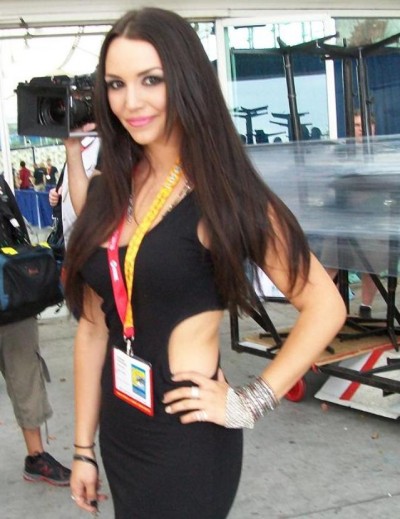 The physicality of the show is one thing that all the women seem to enjoy. Some of the girls have to be more physical than others, but the same power still applies. No man is left unturned, so to speak. Everyman for himself is truer with this show than ever, don’t turn your back for too long or you might get into trouble you cannot get out of.

Even though Scheana had to do some scenes that were not in her comfort zone, she made the point that the motive behind the scenes was power or the empowerment of a particular character. I am sure it was not easy for her to disrobe in front of a crew full of people, but her inner power had her feeling confident and powerful.

I am glad that Scheana had the confidence to approach her director and voice her uneasiness with a scene and tried to accommodate her. She also did say that she did notice a difference between a woman director and a man director; she only worked with a woman director when she was on 90210. Unfortunately in the business of show as powerful as the women are, we still have a LONG way to go to become equal. Look how long it took for a woman to FINALLY win a directing Academy Award.

Scheana had felt cool, she said when asked about the signing. People asked for pictures that I am sure they will cherish forever. I know that all the girls had a whirlwind experience with the panel, some of them their first time. I hope that they had a chance to explore the convention floor and had a blast.

Well, with bittersweet regret I end these wonderful interviews. I had a blast ladies! Thank you so very much for being the femme fatales that I know you are! Keeping good thoughts for you on a third season…hopefully I will get to do another set of interviews next year…

We hope you enjoyed our interview with Scheana Marie, the superbly gifted and gorgeous star of Femme Fatales and thank you for visiting WormholeRiders News Agency.

Thu Aug 16 , 2012
Hello Fringe Festival Fans! Friday, August 10, 2012 saw the official opening of the 16th annual New York International Fringe Festival known the world over as: “THE largest multi-arts festival in North America, featuring more than 200 companies from all over the world, performing for 16 days in over 20 […]