I hope you enjoyed this year’s convention as much as I did. It was a bit bittersweet for me. Last year was the last Fringe panel and I was lucky enough to have seen it.

It was a bit sad not seeing Fringe being represented again this year, especially when I walked into Hall H. However, as a consolation I did see some of my Fringe friends from twitter this year, which was nice.

There was so much going on this year! So many great panels, some the first time (Defiance) and some for the last (Breaking Bad and Dexter). There were a lot of surprises, like the cast from Guardians of the Galaxy, and some collaborations that will make next year’s Con stand out.

The one thing that I noticed this year was the addition of web series to the convention. There were a whole slew of new ones on the horizon, but there was one in particular panel that I absolutely had to be at. I had the great pleasure of seeing the Ghost Ghirls (not a misspelling) panel with the one and only Jack Black.

It was such a treat! I am sure you know that when it comes to being a nerd and geek, Jack Black is among the highest ranking Jedi. He takes pride in being a fan boy and proved it when he came out sporting a swag bag that the con gives out every year. 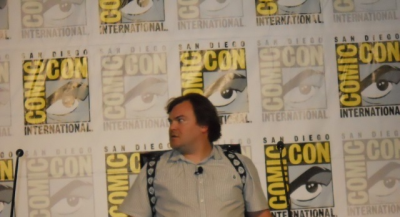 Damien Holbrook of TV Guide was the moderator of this panel. He was great, laughing along with us the audience at the antics of Jack Black and the girls! The two funny ghirls that are the stars of this web series are Amanda Lund and Maria Blasucci.

The tagline is “What if Lucille Ball and her gal pal Ethel were Ghostbusters?” Yes, it’s that kind of web series, fraught with references to some of the ghost shows on TV today. It is a tongue and cheek as only the best ones can be, plus with Jack Black behind the show, it is bound to be a hit. 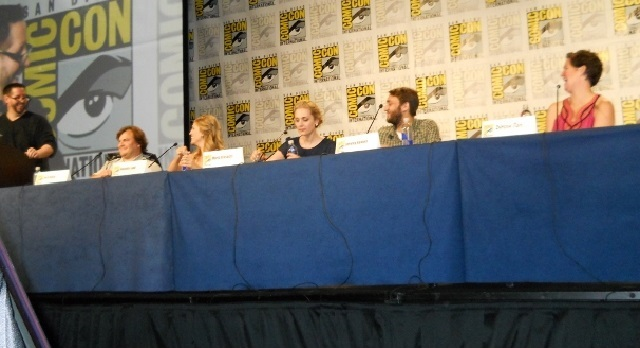 Think of Ghost Whisperer, Medium and a shot of Scary Movie thrown in with some improv and blonde jokes and innuendos galore. With a twisted comedic kick and some special effects that, well aren’t really that special, that is the beauty of this series, it doesn’t claim to be anything but what it is, fun, fun, fun.

We the audience were given a sneak peek of the first episode. It was exactly as I expected, a laugh out loud fun adventure that makes you crave more. I bet you can guess all the shows or movies they reference in just the first episode. I know I caught myself doing that. 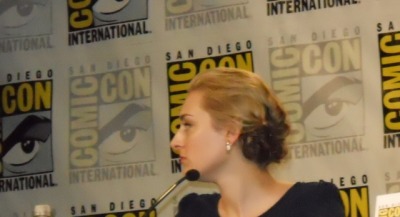 I am looking forward to when it premieres on Yahoo! in the fall of 2013. It will be a 12 episode web series, that will not only star the two talented girls, but a slew of other fantastic guest stars. Jack Black (who is also an executive producer on the series) himself will be in a few episodes as well as a mention of Dave Grohl (Foo Fighters) who is a pal of Jack’s and the always entertaining Val Kilmer. 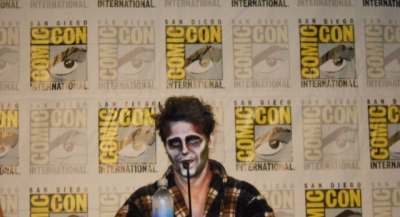 Jason Ritter made an appearance as the Ghost at this panel and I suspect that he will be a part of the series as well in other roles as well. Jason Schwartzman, Jake Johnson and Molly Shannon will be some of the others lending their comedic skills to the plethora of paranormal activities that these two girls find themselves in.

I must say that as a woman, in the male dominated world of the showbiz industry, to see two women being the driving forces in every way shape and form behind this series is great. I think we need more of that kind of gutsy, no holds barred type of mavericks to step and go toe to toe with the big boys.

Amanda Lund and Maria Blasucci are among the pioneers that we can add to a growing (slowly) list of really funny and talented ladies that are paving the way. It takes a lot of talent to be able to improv as well, Amanda had mentioned that they honed their skills at Improv Olympic and on You Tube. Those two forums are the new frontiers for actors and performers of all types to start their careers or hone their skills. I applaud them for taking the chances they did and became successes.

One of the questions that was asked was if there were other web series that had influenced them? The answer was “Burning Love”, a groundbreaking web series that pretty much started it all. I must admit that I really never knew what a web series was. I am happy to now be in the know and will happily enjoy the 12 episodes of the fabulously funny web series starting this Fall. 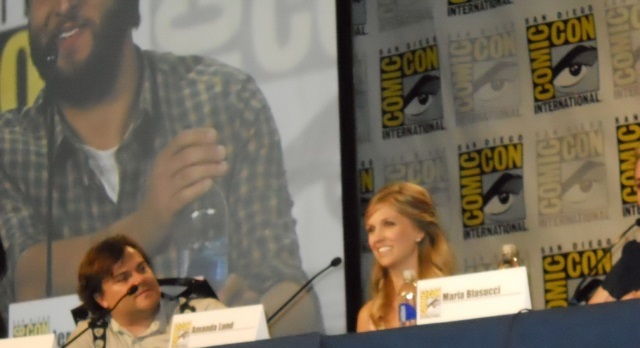 I hope you will tune in and watch these “ghirls”, help some lonely spirits find their way home. It will definitely be some of the funniest and most entertaining series you will watch this fall. I know I will be tuning in…will you?

I hope you enjoyed my Ghost Ghirls report from San Diego Comic-Con 2013 and I thank you for visiting WormholeRiders News Agency.and thanks to Kenn for video embedding and additional images for my report. I will be back soon with more on SDCC 2013!

One thought on “SDCC 2013: Are you ready for some Ghost Busting? Jack Black Launches Ghost Ghirls on Yahoo Screen!”

STARZ Original Series Black Sails: Pirates Are Not Made, They Are Born!

Sun Sep 15 , 2013
Hello Comic-coners! I am back again with another fun-filled report. I had the great pleasure of interviewing some of the cast and producers of the new STARZ series Black Sails (January 2014). It was an interview I was looking forward to, because it’s about Pirates! Now I am not talking […] 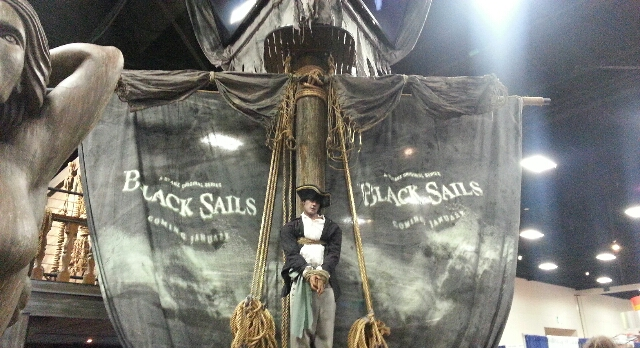