Hello WormholeRiders around the world,

My name is Cara Azevedo from Caraz Communications of Canada. This is my first contributing new article with Team WHR courtesy of Kenn. As you may recall, last week I attended the Banff World Media Festival in Banff Canada.

Here are some hard numbers to give you a sense of the kind of business that takes place at the Banff World Media Festival:

More than 150 TV and digital media executives participated in our exclusive face-to-face meetings to take pitches, build partnerships and put projects into development.

Note: The above is courtesy of the Banff World Media Festival web site.

What I and many others questioned at the Banff Springs Hotel was where were the Women? Truth is Women were everywhere. Women are leaders in the Entertainment Industry.

Sure, for some odd reason there were not many women on certain panels, making it seem as though there was a lacking in representation.

The Reality? By the time it was said and done, all the Stars had a chance to Shine.

Patricia Burns is one of those Stars. Animation and shorts are two of my favorites when it comes to viewing. Ms. Burns is an award winning producer. Over the span of 30 years she has brought viewers thoughtful educational quality children’s programing.

Her work has created a new standard children’s programing. Ever watched Treehouse? Banff Media in partnership with DHX Media had the privilege of honouring, Patricia Burns with the Award of Excellence in Kids and Animation. Well deserved and earned.

Jeanne Beker‘s brilliance in Fashion Television, has made her a Canadian Class Act. Ms. Beker for 27 years has been sharing with audiences what we all want to see, cutting edge fashion with a flare. Her contribution to Canadian Media is undeniable.

Jeanne continues to do it like no other, with Bell’s Fashion Television Channel. The Canadian Award of Distinction goes to Jeanne Beker.

It was not all about the awards, I also had the chance for some face to face with women in the Entertainment Industry that offer great insight into how things really work. 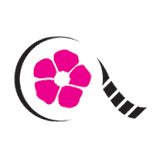 Women in Film and Television Alberta (WIFTA) is one of more than forty chapters world wide that supports, collaborates with Women on their professional development in film, television and media industries. I had the pleasure of talking with Kathy Fedori, President of WIFTAlberta.

I wanted to know what’s new. Ideas are every thing. The conversation has moved far beyond how can I help you. With the excellence and extraordinary efforts that are part of daily practice from Women in Film and TV.

It would seem logical that all parties sitting to the table contribute equally in the production of projects and the celebration of the success. Kathy and her Team play a vital part in support of many valuable productions.

Tessa Sproule is a shinning example of why Canadians are leaders in Media and Technology. Working in the ‘New, Digital and Media’ divisions of Television. Currently, Director, Interactive Content for the CBC, offers Tessa an extraordinary opportunity to take her ideas to reality.

The future is an exciting time for Ms. Sproule and her team, collaboration and integration will continue to be key points when producing interactive content for film, television and mobile media.

The conversation regarding women in Media has long moved beyond our presence. Women like Valerie Creighton, President and CEO of the Canadian Media Fund have proven the empowerment of women in the Entertainment Industry ensures continued contribution, to the quality, of the product it produces. 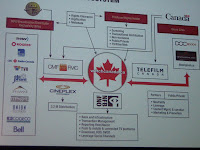 The rapidly changing face of the Entertainment Industry and the integration of our world of opportunity is something that produces exciting conversation, all based on grass roots ideas. The irony of humanity and technology.

It all starts with an idea and ends in a story. Love it. It was my privilege to be a part of Banff World Media Festival. To share in conversation with all the attendees.

Congratulations to the Banff World Media Festival. Well done and I look forward to seeing you next year!

For your enjoyment we include a fun video below to provide you with the “flavor” of this outstanding Entertainment Industry media event!

Thanks to Kenn for final audio, video/image staging, and many thanks to you for reading and for visiting WormholeRiders News Agency to read about our news coverage of the wonderful Banff World Media Festival event in Banff Canada! 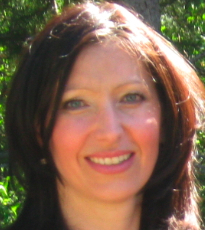 The Past Meets the Future: A Reading and Learning Renaissance Means Knowledge For All!

Thu Jul 5 , 2012
Hello once again special event fans! We begin a new special spotlight series on books and the importance of reading them yourself and with your family! As recently reported by the Nielsen Company, Americans, on average, spend 20% of their day watching television. We suggest that an additional 20% of […]