Sorry it has taken me a while to finish this, but I figure better little late then never. J Anyway, I hope you all enjoyed the previous overview of Saturday’s shenanigans and the video Q&A’s.  This report is a little shorter, mainly because it did not run into the night, but it is still full of fun times. So, let us begin… 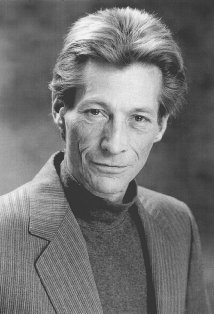 Sunday I woke up just as early as the say before, so excited and raring to go.  After actually eating a little bit of breakfast (as I could not wait to get back to the convention), I got aboard the truck and headed off.  Registration was 9am and already there was a line-up to buy their pass for the day.

Although, a lot of people had bought a weekend pass, so they only had to show their brace 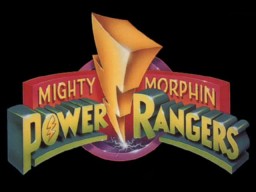 let thingy (yes, my terminology again) and went on to do as they had planned.

Anyway, after paying for my day pass, I figured I would mingle and see who was about and what was happening.  And I had two hours before the Q&A with Mr. Robert Axelrod from the Mighty Morphin Power Rangers.  That video has already been posted for your watching pleasure, with the others to follow.

Well, that is when I met up with Peggy (one of the committee members) and asked if she could take a picture of me in a shirt I had promised I would wear to help promote a project for.

And you all know that I had to follow through with my word.  I do not offer something if I do not intend to do it.  So wearing a shirt designed by Alice Badler for her Warrior Kitten website, I struck a pose and Peggy snapped the picture 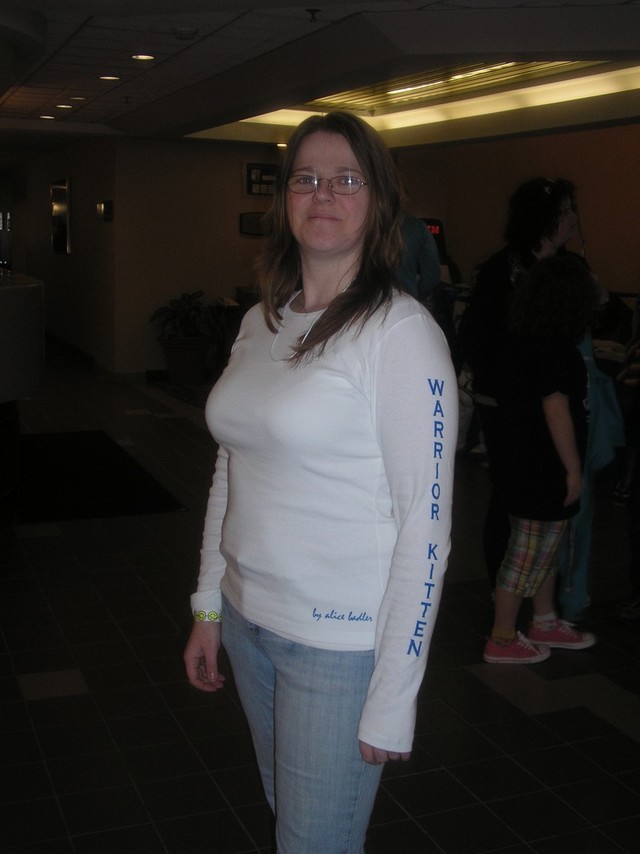 So here I am,, promoting for the lovely Alice Badler. 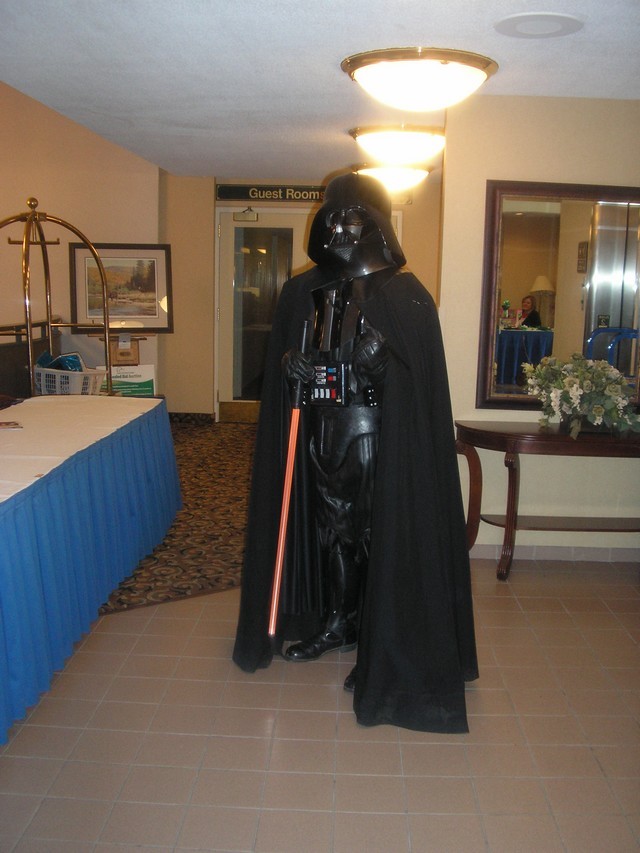 And what is a convention without the awesome but fearful Darth Vader. 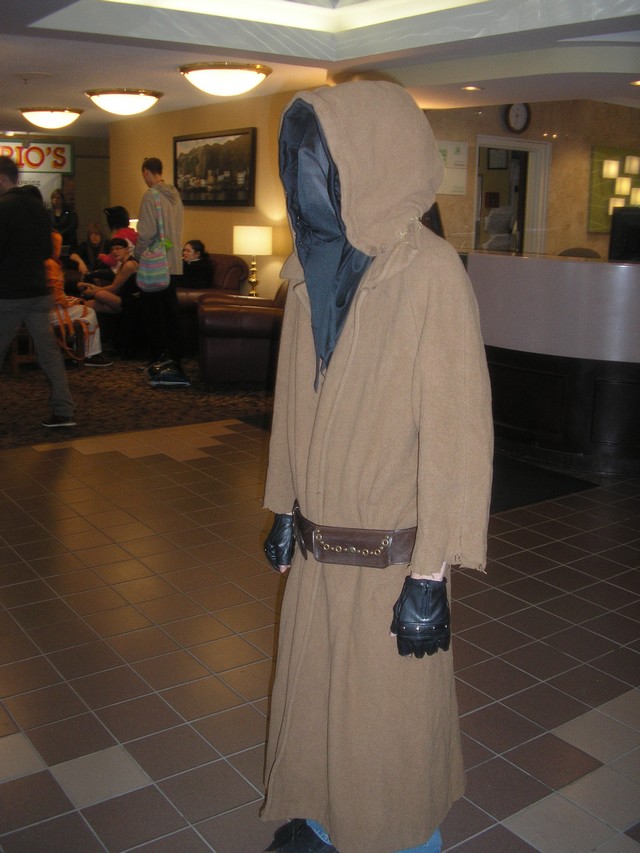 And his little companion. 🙂

Then I ventured back down to see who I missed from Saturday.  There were a lot of the same from last year, the new ones I posted in part 1 of Saturday. 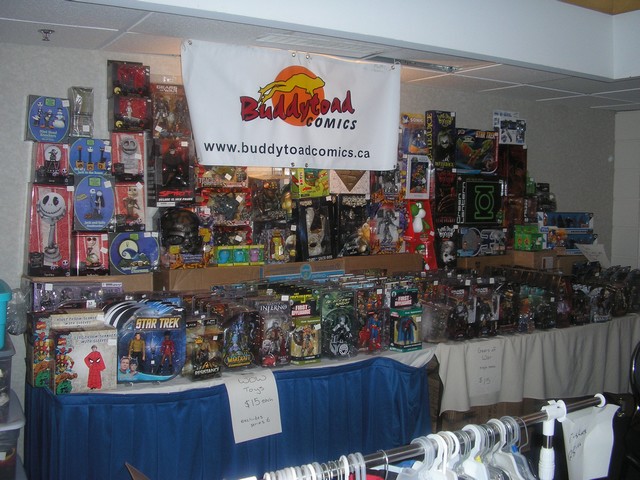 Our friends from Buddytoad Comics were there again.  They are so cool with their figures and comics they had.  I went through their things more this time and I came across a pack of Season 9 of Stargate SG1 trading cards.  Well you all know I could NOT pass that up.  So I snurtched one, paid for it, and put it away.  And I can tell ya they are still in it’s packaging.  LOL 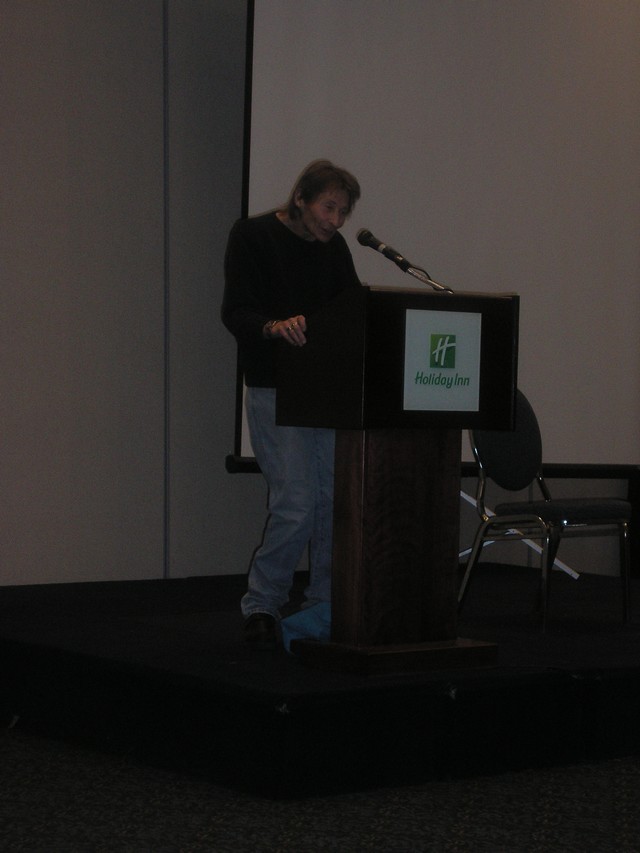 Then it was getting that time for the first Q&A, so back upstairs I went again.  First on the list was Mr. Robert Axelrod.  And like I said earlier, his Q&A has already been posted.  Hope you all enjoyed it. 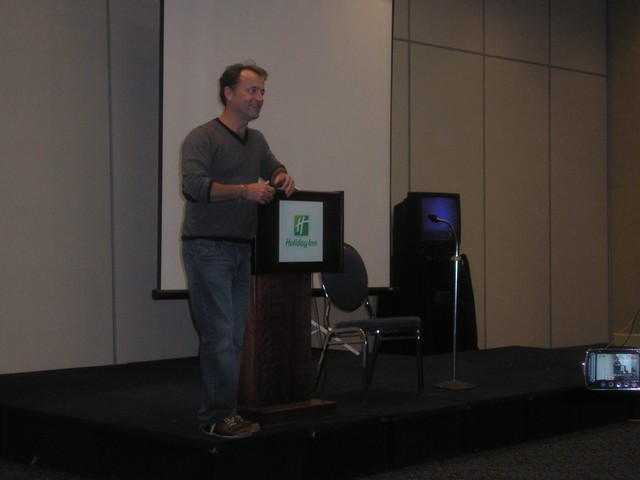 Then came another Q&A with Mr. David Nykl.  He was such a treat to watch again, and good thing I videoed this one because it was slightly different from the one on Saturday.  Though, still just as funny.  Thanks David for allowing me to post your Q&A’s on here.  This video will be shown in the upcoming days. 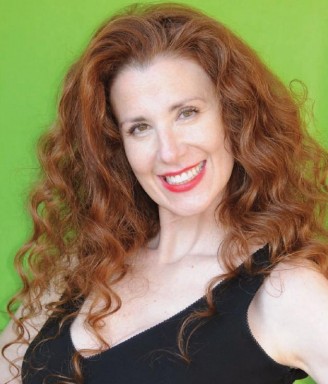 Then it was off to see the Q&A of Ms. Suzie Plaxton.  However I did not have her permission to video tape her during this session, but I was able to make a few notes.  Until I got found out that I was making notes, so will try and remember some of the things that were said.  Though, I am sure that it is pretty much the same as any other convention she attends, but still just as pleasurable.  She speaks of her time on Star Trek, and working with Johnathan Franks.  And they were the craziest people to work with – but in a good way.

She also mentioned the movie she done with the awesome Michael Douglas.  And how sweet he was to make sure she was taken care of on set.  She also performed for us the night before, so she mentioned that, and of her CD.

This was also her first time visiting us.  I hope she gets to come back again some day. 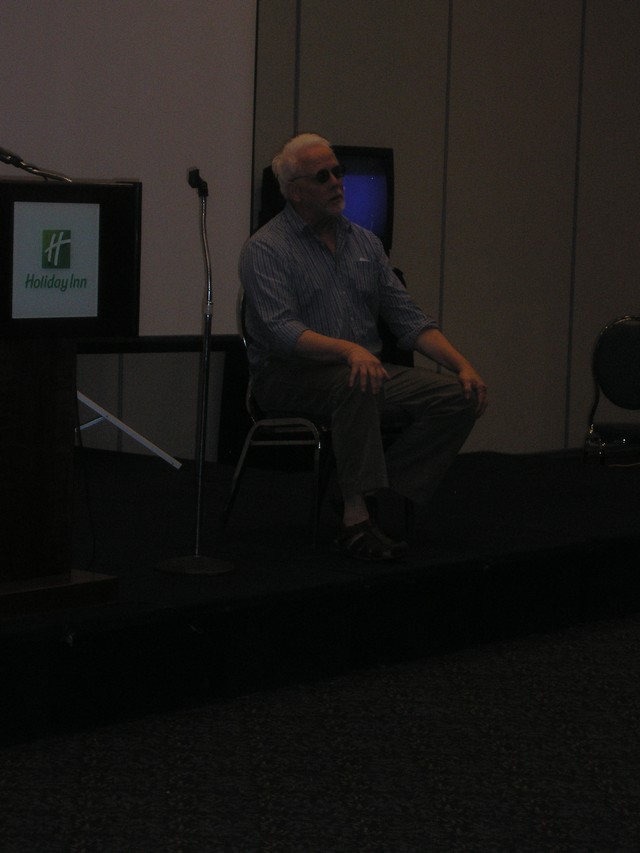 Then it was off to J.G. Hertzler.  His Q&A I had permission to video, so that one will be posted in very near future.  But I would love to thank personally the parents of the two boys you see in the video with J.G.  Where they were under age, I was worried we would have to edit the video in some form.  But the parents were happy I asked (I do not post anything without the permission of the people involved).  It was so cute too.  As you will all see in the video.

He talked about what it is like to do a “walk and talk”.  And every time he would need help from the audience, he would get these two boys to help him.  And that he was doing this in one episode, for a fare bit of time, then someone knocked something over.  Had to do the shot over a nice few times.  In the end he told them to just piece all the good parts from all the takes and put it together, he was done.  Well we all laughed.

I will not go into too much detail, like I said, you will get to see the video of this awesome and funny Q&A.  But I wish to thank Mr. Hertzler for allowing me to do this.  It was very appreciated. 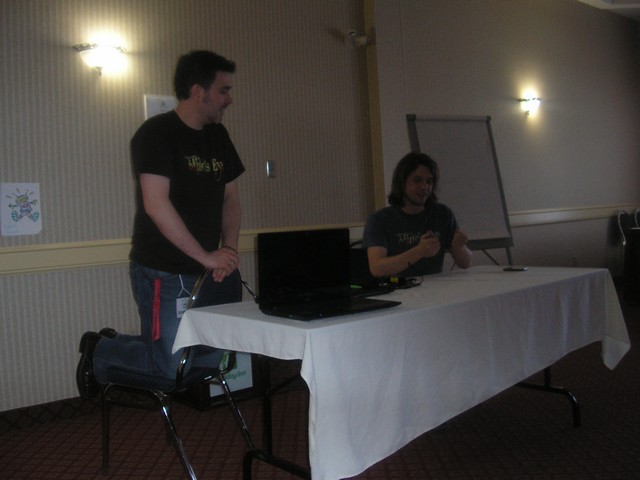 This brings me to the last Q&A for the day.  The two Tom’s from Mind’s Eye Web Series.  Thomas Gofton (standing) and Tom Brown of Synn Studios in Guelph Canada.  They were the highlight to meet.  Partly because I had a little hand in getting them here for our convention.

Though, I only gave Darren a little nudge.  But the Tom’s thanked me for my part.

And ladies, they are great huggers.  LOL.  Sorry though, they are both taken. 🙂

I got to spend a lot of time both days with these guys.  Just to stand back and see all the people coming up to their booth downstairs and asking about their series, buying their products, and being so interested in general.  I am so happy they were able to get the exposure they rightly deserved.  They are so awesome, I cannot stop saying that.

If you ever get to a convention and they are there, please make it a point to check out their project.  Even though season one is done, please visit the Minds Eye web series site and help promote them so we can get a season two.  I asked them to video their Q&A, and you will get to see it in the up coming days.  And they were more then happy to allow me to do that.  I am very excited to see them again next year.  Apparently, the first beer is on me, LOL. 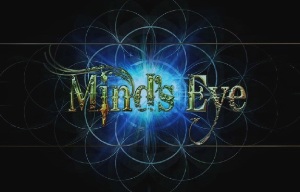 I would like to apologize about the pictures, my camera is not the best.  Plus the lighting was not all that great.

Well, that is it for the Q&A’s.  After I gave the guys another hug and told them I will see them again next year,

I headed out to the costume contest.  And before you ask, no, I was not able to get the pictures of everyone in costume for it, but if you go to the Scifi on the Rock site, they will have them posted there in the gallery section soon.  Or on facebook.

They started off with the little ones, with the first, second and third place prizes.  They done the same for the adults part as well.  Suzie was one of the judges, as was Robert Axelrod, with another girl from the committee I am guessing.

I stood by the main door.  And good thing I did, cause I was able to have brief conversations with Mike Savva and David Nykl.  Poor David had to get a chair so he can see in at all the contestants.  Too funny.  Though it did provide me with an opportunity on asking David if i could get a picture of him with my daughter.  Told him that depending on the content of the episodes, I do allow her to watch them.

He was more then happy to do that.  So with that, I called my hubby to come and pick me up.  They were running late with the contest, so by time he got down with the kids, I would get to get the picture.  And I did.  It was awesome.  She had the biggest grin on her face after.  Thanks David, you really made her day.

Where it was getting late, I was not able to stay for the closing ceremonies, but I did get to give Mike a small kiss on the cheek.  Thanked him for coming, and to have a safe trip home.  Then I went to David and gave him a hug and wished him the same thing.  Then I took my leave.

So that is my report for Sunday.  Hope you enjoyed the read.  It was real fun re-living it again.  I hope this entices you to St. John’s come for next years convention, April 20th – 22nd, 2012!

Check back soon. The second David Nykl panel will post here in a two days followed by J.G. Hertzler and the Minds Eye panels. And thank you for stopping by WormholeRiders News Agency Conventions Corner web site. 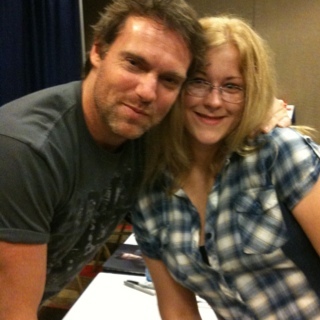