Welcome back SciFi on the Rock convention, David Nykl and Stargate fans, 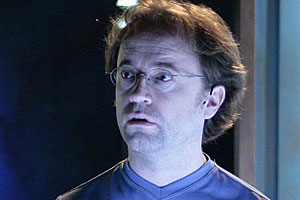 Below is the second  of two SciFi on the Rock 5 video panels of this superb actor who is also quite humorous as you will see for yourselves in the video provided courtesy of Mr. Nykl and great team over at SciFi on the Rock!

David Nykl is familiar to science fiction fans for his work as seen in Stargate Atlantis, Fringe, Human Target, Sanctuary, Eureka and many other fine series. His acting accomplishments include many feature films such as The Beast at the Bottom of the Lake and the United Kingdom television series The Scarlett Pimpernel at the British Broadcasting Company.

As I mentioned in my first report, Mr, Nykl is a very approachable gentleman! During the great time I had chatting with him, one of my dreams came true, having a Stargate cast member at SciFi on the Rock! David was even funnier and hilarious during his second Q&A

So without further delay, here is Sunday’s SciFi on the Rock 5 panel with Mr. David Nykl.

Up next will be the great panel by J.G. Hertzler of Star Trek! My report will post here in the near future. Thank you for stopping by WormholeRiders News Agency Conventions Corner web site.

Scifi on the Rock 5: J.G. Hertzler of Star Trek Questions and Answers in St. Johns Newfoundland!

Fri May 20 , 2011
Welcome back conventioneers. This panel features the awesome actor J.G. Hertzler from the Star Trek franchise, notably Star Trek Deep Space Nine, Star Trek Voyager and Star Trek Enterprise! And what a joy it was too. If you ever see him coming to a convention near you, i highly recommend […] 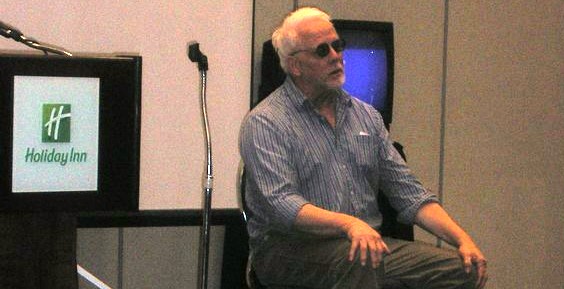