Hello fans of charity who also love a dose of fantasy and science fiction!

When the Once Upon A Cure event was announced in May, I had already been looking for a place to spend an extended weekend trip. This was the opportunity I was looking for. That dream weekend would conclude with a Saturday “evening of a lifetime” at the Once Upon a Cure Gala to raise charity funding to help children with  Hunter Syndrome.

When I purchased my ticket, I also booked a room at the Sutton Place Hotel were the event was held. I had heard some really great things about this hotel, so I was looking forward to the weekend.

The first thing I  noticed upon reaching the top of the stairs was a lovely reception area with tables decorated with amazing looking cupcakes in the Alice in Wonderland theme. There were waiters serving complementary wine, beer and yummy hors d’oerves. There 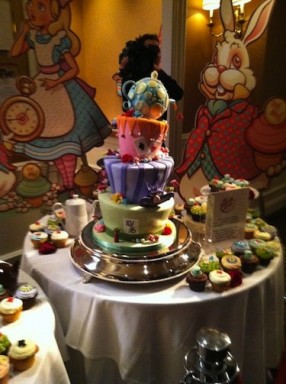 were many volunteers there to check you in and give your table information.

A few of the volunteers were dressed in theme costumes with whimsical make-up. They were very entertaining and stayed in character the whole night.

I was excited and a bit nervous . What fan wouldn’t be?  I arrived at 6pm on the dot. I introduced myself to Deb Purcell, the organizer of the event and the mother of the young boy with Hunter Syndrome. She squealed, hugged me and told me I was the very first person to purchase a ticket when they announced the Gala and she had looked forward to meeting me for months.

She was glad I arrived before it got crazy crowded and we chatted about how amazing the Gala was going to be and, for the record, she did not exaggerate one bit. It was an amazing evening. Deb had me sitting at Table 1 right up front near the stage. I thanked her for that special seat and took up a place to watch people arrive. 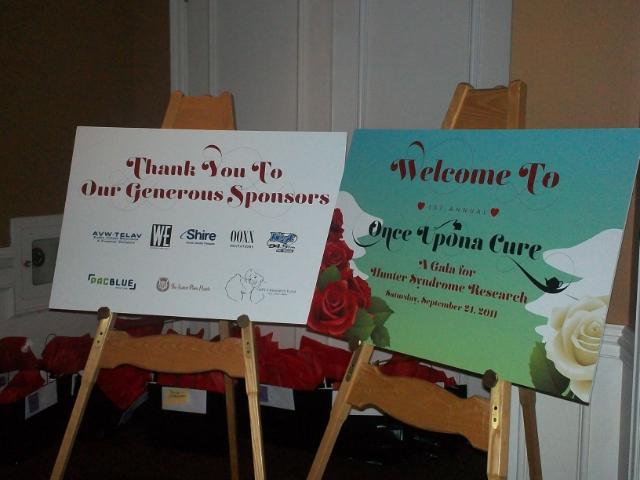 My first thoughts were, ‘oh my, look who just arrived’… Jared Padalecki and Jensen Ackles of Supernatural and OMG it was Amanda Tapping and her husband looking lovely. She walked right up to me, took my hand in hers and said “Hi I’m Amanda” What’s your name? WHOA, I knew right then that the intimate evening promised by Deb Purcell in all of her tweets leading up to this event were not exaggerated!

I must admit that, when the event was first announced and I purchased my ticket, I only knew that Amanda Tapping and some of the Sanctuary cast members were going to be there, as well as Peter and Ann Marie DeLuise, whom I was looking forward to meeting and chatting with. It wasn’t until later that I found out about all the other stars attending, including, Robert Carlyle and the Once Upon A Time cast. Also, it was not until a few weeks before the event that the set visit was announced, which also increased my excitement level. 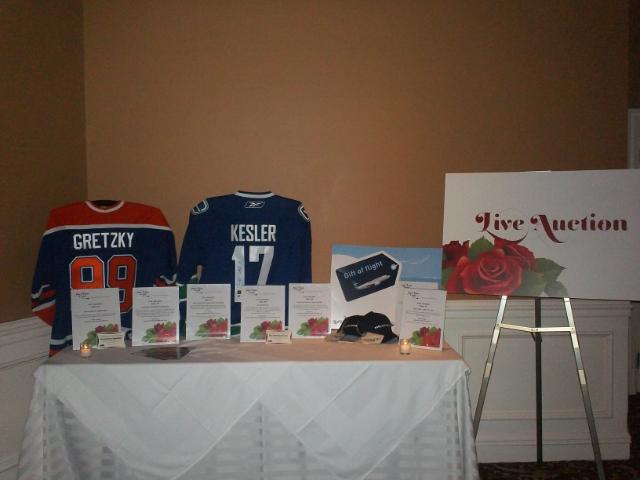 Peter DeLuise and his lovely wife Anne Marie were assigned to my table. He is currently directing a show called The Haunting Hour. He looked amazing and as handsome as ever. Ann Marie was in a beautiful evening gown and was very charming. Peter was very sweet and approachable. He asked me a lot of questions about myself. I told him how much I enjoyed the behind the scenes extras and his commentaries on the Stargate DVD’s. I was happy to tell him that he had become my favorite director. As a fan, it is so cool to see how our favorite shows are made, so I complimented him on how entertaining his BTS’s extras were and that he never failed to make me laugh.

I mentioned that even though his humor and antics especially those with Gary Jones, had him spending a lot of time in the “How Come Room” with the show runners, it was totally worth it in my humble opinion. He laughed and said that’s his way of keeping the extra pieces fun while showing what he does as a director. He also said that commentaries can be unbelievably boring if the director only talks about why he chooses to frame or light a shot in a particular way… I agreed and encouraged him to keep to his ways, as he is truly hilarious. 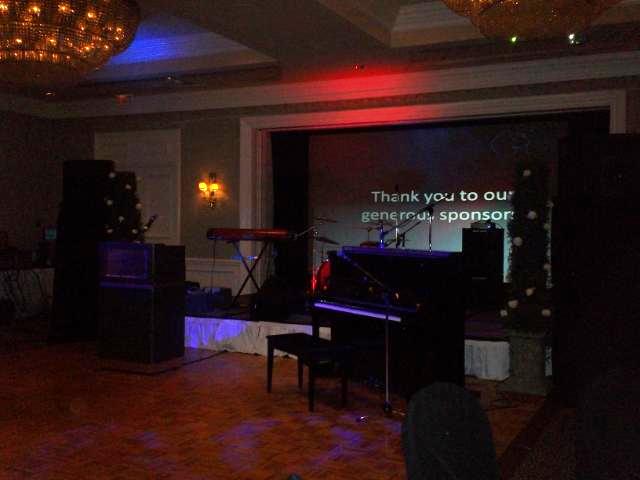 I spent a fair amount of time chatting with Mark Savela, Stargate Universe’s (SGU) and Stargate Atlantis VFX Supervisor, James ‘Bam Bam’ Bamford, SGU Stunt Coordinator, and Jennifer Spence SGU actor, many times though out the evening.  I had a wonderful discussion with a Production Manager who worked on SG1 and SGA about what it’s like being on a long running show like SG1.One thing he said that stands out in my mind is that it’s the relationships you develop with crew members that make going to work especially fun. 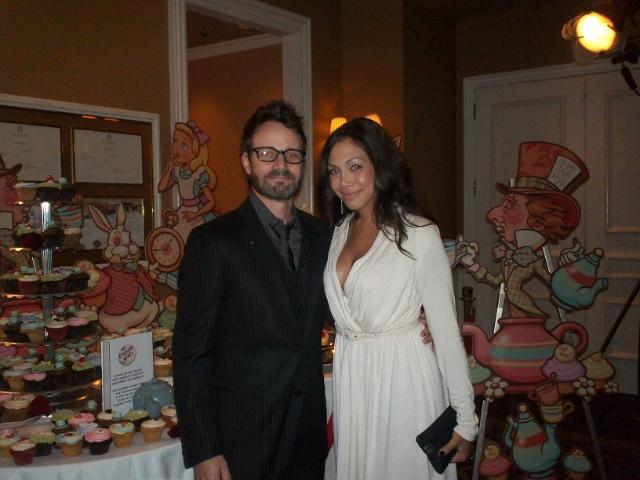 Ryan Robbins and his lovely and lively friend Karyn Baltzer who were a fun couple, as was Peter & Julia Benson. SGU fans will remember Julia from that series. Christopher Heyerdahl of Sanctuary told me about a new series he is currently filming for AMC called “Hell on Wheels”. He said he was having a blast with this new character. It sounded great so I am looking forward to its release.

Of course, the reason for the Once Upon A Cure Gala was to help a little boy with a frightening illness. As the evening wore on, and the speakers came forward, I learned much more about the challenges this disease presents. Deb Purcell spoke so beautifully about Trey, their son, who is afflicted with Hunters Syndrome (MPSII) and gave an over view of what their life has been like for the last seven years. 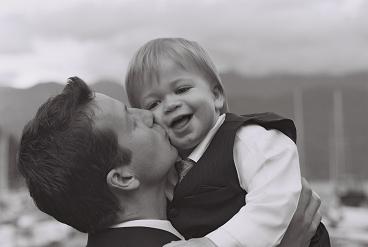 While Trey was still a baby, a series of seemingly unrelated medical conditions led to the heart-breaking diagnosis. Deb had us all in tears, but I was glad to hear that Trey, who is one of only 35 people in Canada affected by the disease is now receiving an experimental treatment for this rare disorder. One of Trey’s doctors gave a short slide show and educated the attendee’s about this awful disease.

I learned that the children with Hunters Syndrome lack the enzymes to break down certain long-chain sugars.The sugars build up and damage many different tissues in the body and in most cases, including Trey’s, the brain. Deb & Ryan Purcell’s goals are the same as any parent’s whose child has a disease. However, MPS II is so rare that their hope for a cure appeared at first to be hopeless, because most pharmaceutical companies do not see a “profit” in investing or developing a cure for a disease that affects less than 2000 people worldwide. 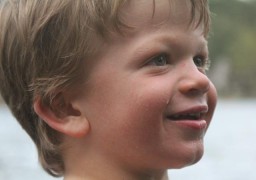 Instead of accepting the fact that a cure was not being researched they set out to find people who were in similar situations and “GOT HOPE”. They literally made their own HOPE by staging fund raising events for the last few years.

I admire them for their determination to help find, not just a drug that will allow their son to live a semi-normal life, but also to help find a CURE. They have set out to do that by helping to raise money for research. And raise money for research they did…this Gala was a resounding success!  I must admit to being most impressed by Deb and Ryan Purcell. Yes there were stars galore, but Deb was an amazing host and so eloquent and sweet! I wish I lived closer to Vancouver so I could become a close friend.

I saw at least two video camera men with microphones wandering around filming and then the room with all the silent auction items placed (a pearl necklace, a diamond pendant, lots of paintings, and lots of gift baskets) on very long tables. The items they had for the silent auction were amazing. Once Upon A Cure The Live Auction also blew me away with the items offered, such as, hockey shirts signed by the players.

Personally,  I was interested in the set visit for the new ABC show, Once Upon a Time, staring Robert Carlyle, Lana Parrilla, Jennifer Morrison, Ginnifer Goodwin, Josh Dallas & a very sweet young man named Jared Gilmore. The bidding stated at $500.00. I was the first bidder.  There were three others bidding but in the end I won what I had bid on!

As soon as I won, Josh and Ginnifer  asked me to sit down at their dinner table and we chatted for over a half hour about the show and the fun they have on the set. They urged me to visit on a day that they were filming the “Fairy Tale” scenes as they felt that would more fun to watch. I’ve spoken with the ABC publicist but she has yet to tell me the day for the visit, but it will be sometime before the end of November.

It was great to see all the celebrities in attendance. All were happy to attend because of their personal or professional connection to the Purcell Family. As you know, Ryan is an outstanding camera operator having worked on SG1, SGA, SGU & currently working on ABC’s Once Upon A Time. They all echoed similar reasons for attending which revolved around knowing how rare this disease is and they wanted to help in any way possible. During Deb’s closing message, she singled out a lot of the celebrities publicly thanking them for their support. 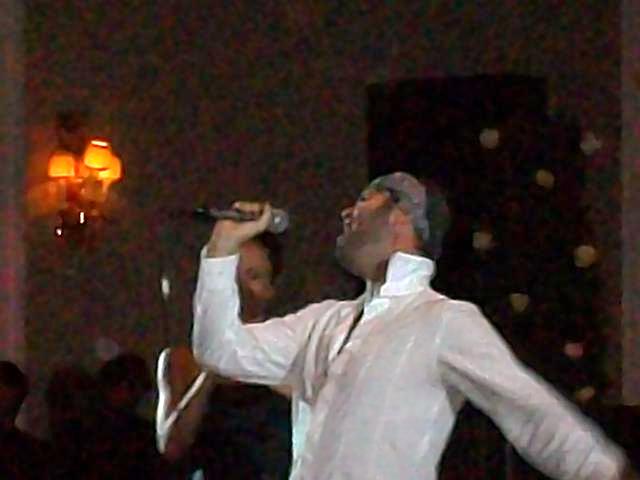 She was especially grateful for Robert Carlyle for his attendance given his propensity for being a very private person.  I found Mr. Carlyle to be a sweet and caring person. He connected and talked at length with any fan that approached him. In fact he was the first to congratulate me on my set visit win and immediately suggested that I attend during a “fairy tale” filming day.

I can not wait for next year, if the Purcells decide to do this all again. This event was so relaxing and enjoyable I felt very comfortable in the presents of all the fabulous stars that attended.  I will gladly attend any future fund raiser for this rare disease and for the awesome Purcell Family! I look forward to next year at Once Upon A Cure.

Thank you for the opportunity to share about this wonderful event. 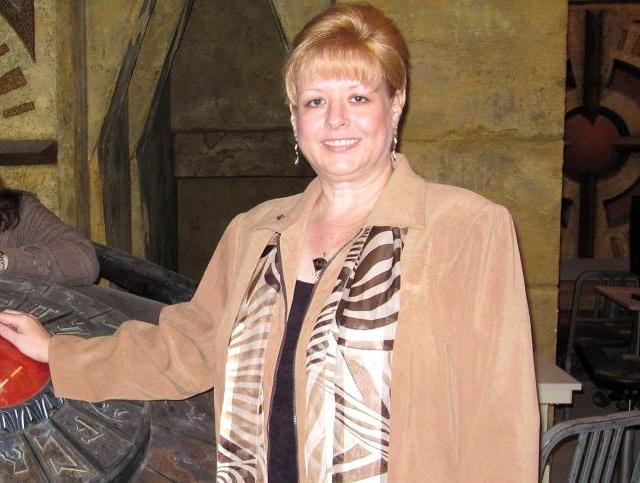 Thanks to Kenn and Patricia Stewart-Bertrand for staging and formatting my news article. Thanks also to Ann Marie Sloan for her images, and thanks to you for reading and visiting WormholeRiders News Agency!

3 thoughts on “Once Upon A Cure: A Sci-Fi Fan’s Journey Through The Looking Glass”

Tue Nov 1 , 2011
Hello convention fans! I have been to many conventions over the past 5 years, probably more than I really want to count. But every year, I go to the Armageddon Expo in Melbourne and have not missed one since their debut in our fine city back in 2007. So of […]